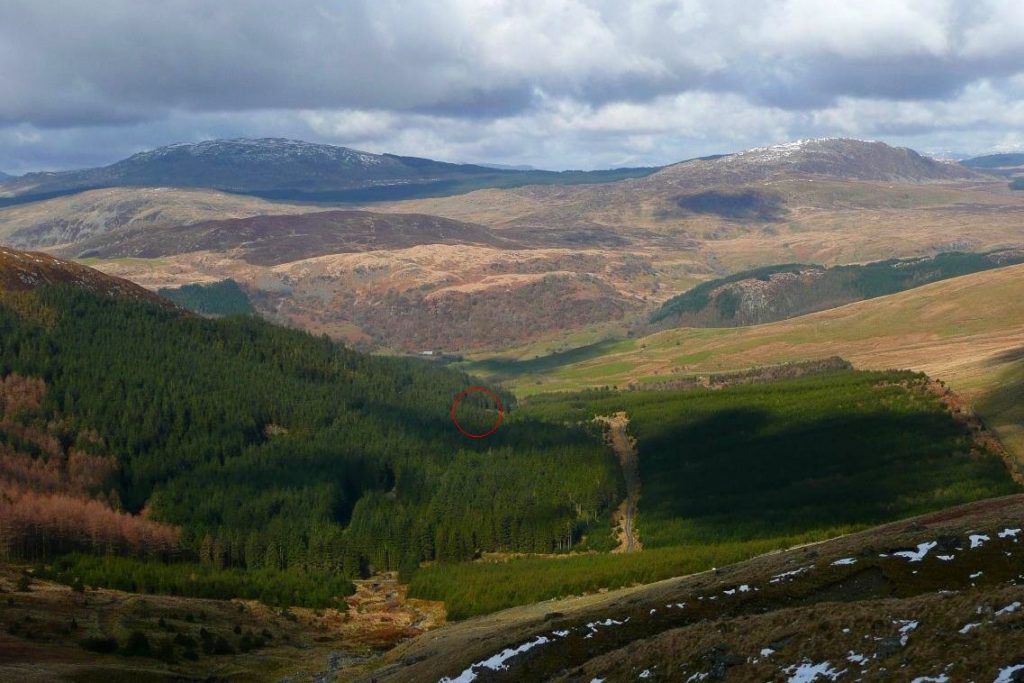 May 17th 1945, Captain Richard L Tannehill was killed when his P51 Mustang dived out of formation and into the ground at Cwm Y Dolau, which is off the A494 to Dolgellau in Wales.

The ridge on the right and in sunshine is Dduallt, and the one on the left is Rhobbell Fawr. The area his aircraft came down is marked by the red circle; we failed to find any wreckage and needed to press on.

The aircraft was part of a formation training flight from Debden in Essex. It has been suggested Captain’s Tannehill’s oxygen supply failed and he passed out at the controls.