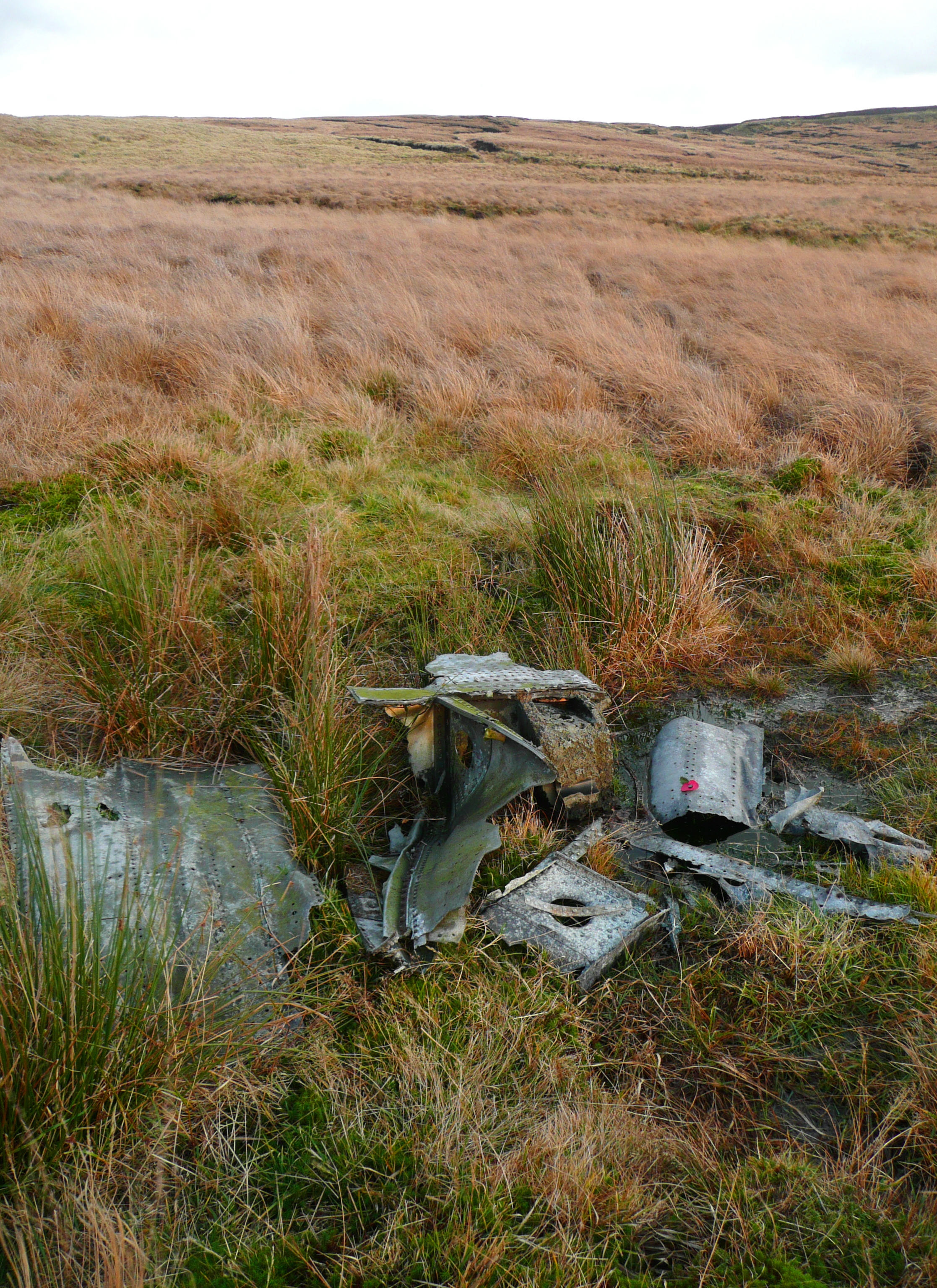 29 May 1945. Mustang 44-72181 (formerly “Sunny VIII”) was the lead in a formation of 23 Mustangs being delivered from the south east of England to Liverpool for eventual transport to the far east, where the war against Japan was ongoing.

Flying through low cloud and smog, the aircraft became disoriented and the individual pilots either found Liverpool by good fortune or returned to base.

However, two Mustangs crashed with the loss of both pilots while descending through the cloud in the hope of seeing the ground and getting their position fixed.

One was near Glossop, flown by FO Darnaby H Wilhoit, USAAF.

The other was here on Castleshaw Moor near Oldham, and First Lieutenant Frederick was killed in the crash but his wingman just clipped the ground as he pulled away at the last moment. He had the luck to survive and return home.

Simulation of how this Mustang once looked… 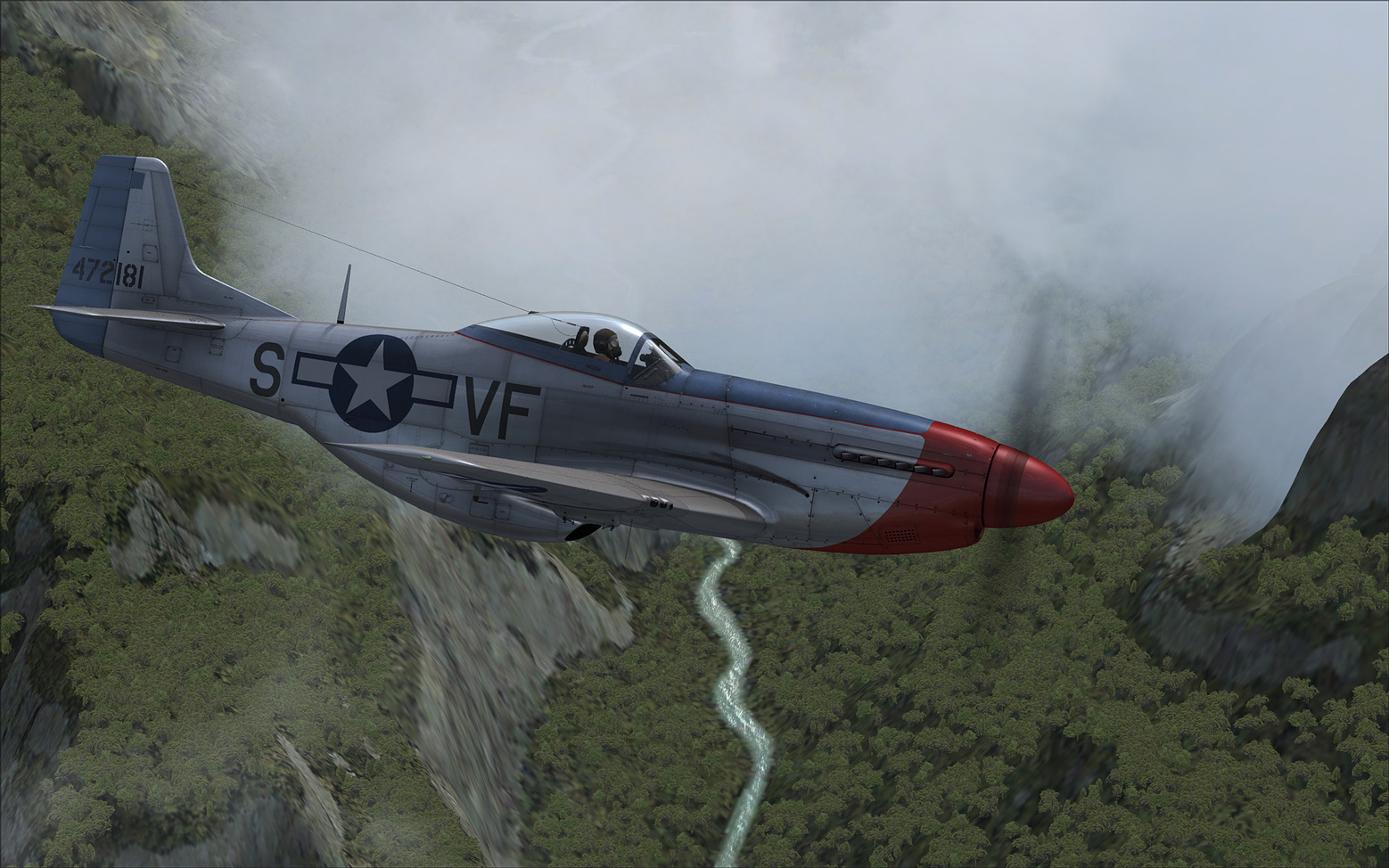 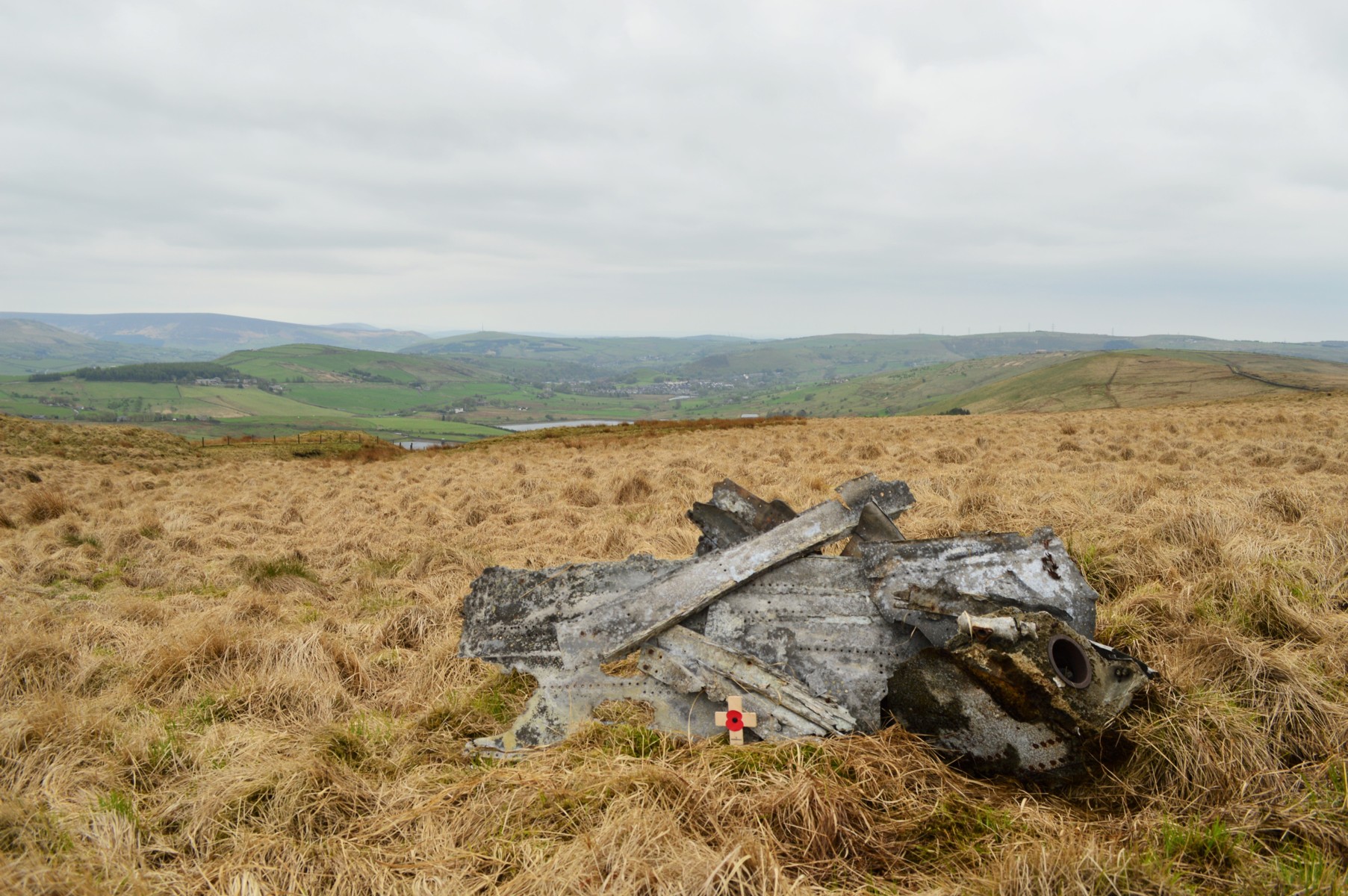