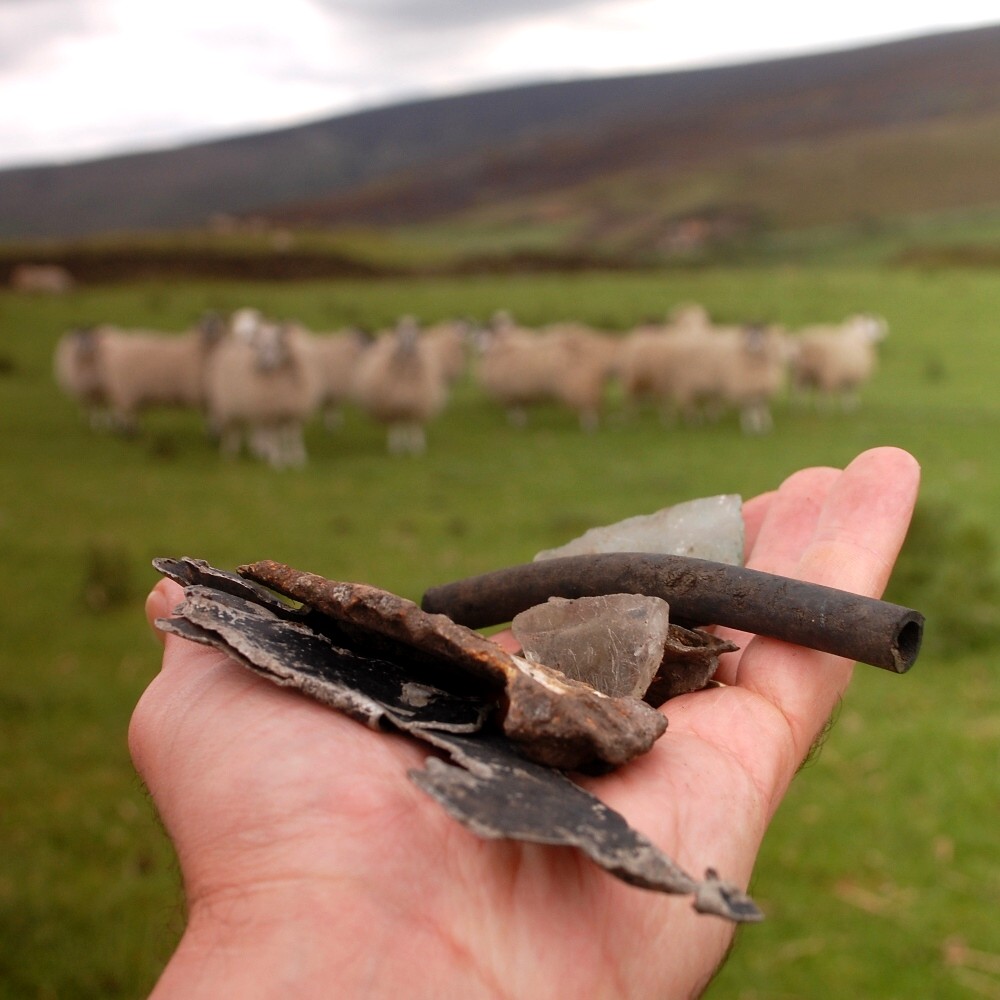 Photo above; fragments found at the scene, bits of aluminium, rubber tubing and perspex.

Flight Officer Darnaby H Wilhoit, USAAF, was killed when his P-51D Mustang crashed at Plainsteads Farm south of Glossop in the High Peak on 29 May 1945.

His Mustang had been one of a formation of 23 being flown from RAF Debden near Saffron Walden in Essex to Liverpool. With the war in Europe at an end, the Mustangs were needed in the continued fight against Japan, and from Liverpool would be shipped to the Far East.

However, poor planning and problems during the flight (one pilot had left his mic jammed on preventing all the pilots from contacting each other) resulted in two of the aircraft crashing and the remaining 21 either finding their way to Liverpool by good fortune or returning to base.

The flight plan did not take into account the high ground of Derbyshire, or the poor weather and smog in the industrial North West of England.

Witnesses on the ground saw F/O Wilhoit’s Mustang “…break cloud at a low altitude, turn hastily, as if to avoid a hill” before it struck the ground at Plainsteads Farm.

The other P-51D to crash was that of formation leader First Lieutenant Frederick (see photo below) 12 miles to the north at Saddleworth. 1st Lt Frederick’s wingman had a very lucky escape when “sticking to his leader’s starboard wing, with mist streaking past (he) suddenly saw the other’s aircraft disintegrate in a ball of fire, felt a jar on his own port wing and pulled aside, not climbing for height, but holding low, preferring to keep even doubtful visual contact with the ground…”
He eventually made it back to Debden.

Quotes from Peakland Air Crashes – The North by Pat Cunningham (2006)

The impact point is in the foreground. 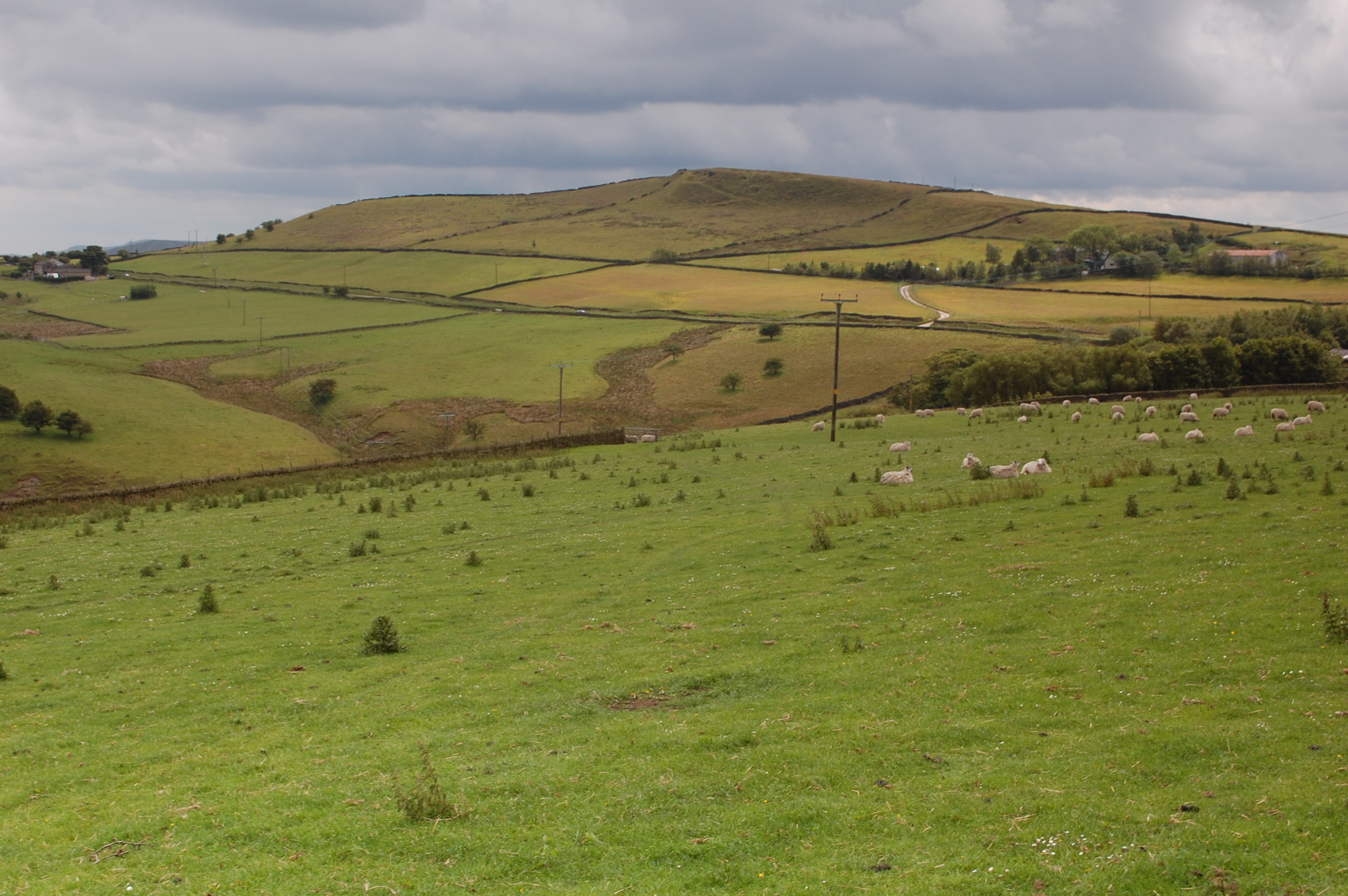