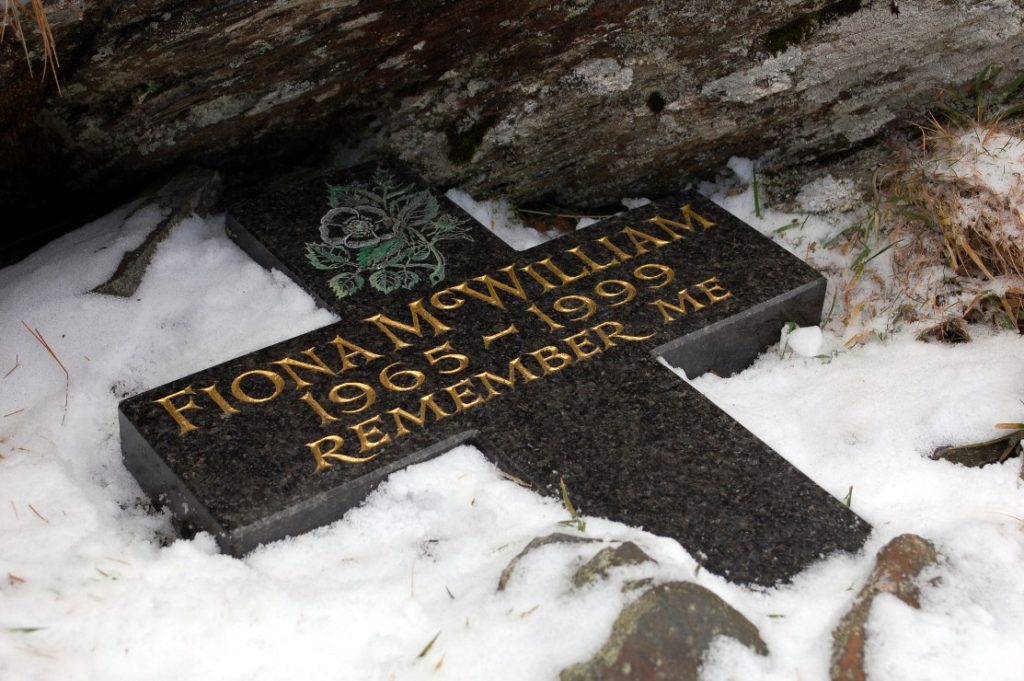 All 3 people on this civilian light aircraft died instantly when it crashed into the mountain of Moel Sych in North Wales, February 12th 1999. This memorial with its poignant plea is situated close to the spot where the plane crashed.

At the helm was Mr Gareth Newton of Wrexham, undertaking a refresher training flight from Welshpool. The instructor was Mr Steve Mole, who had served with the RAF during the Falklands War. Miss Fiona McWilliam was an air traffic controller at Manchester Airport. The previous week she had made her first solo flight, and was on board as a passenger. She was 33 and from Macclesfield in Cheshire.

The reason the aircraft crashed is not known. It is likely they were flying through low cloud which was obscuring the mountain tops. At a ground speed of about 50 miles per hour, the Cessna failed to clear the ridge and impacted with the wall of Craig y Llyn above Llyn Lluncaws.

Below; Photo of Fiona McWilliam used with kind permission of Heather Rawles. 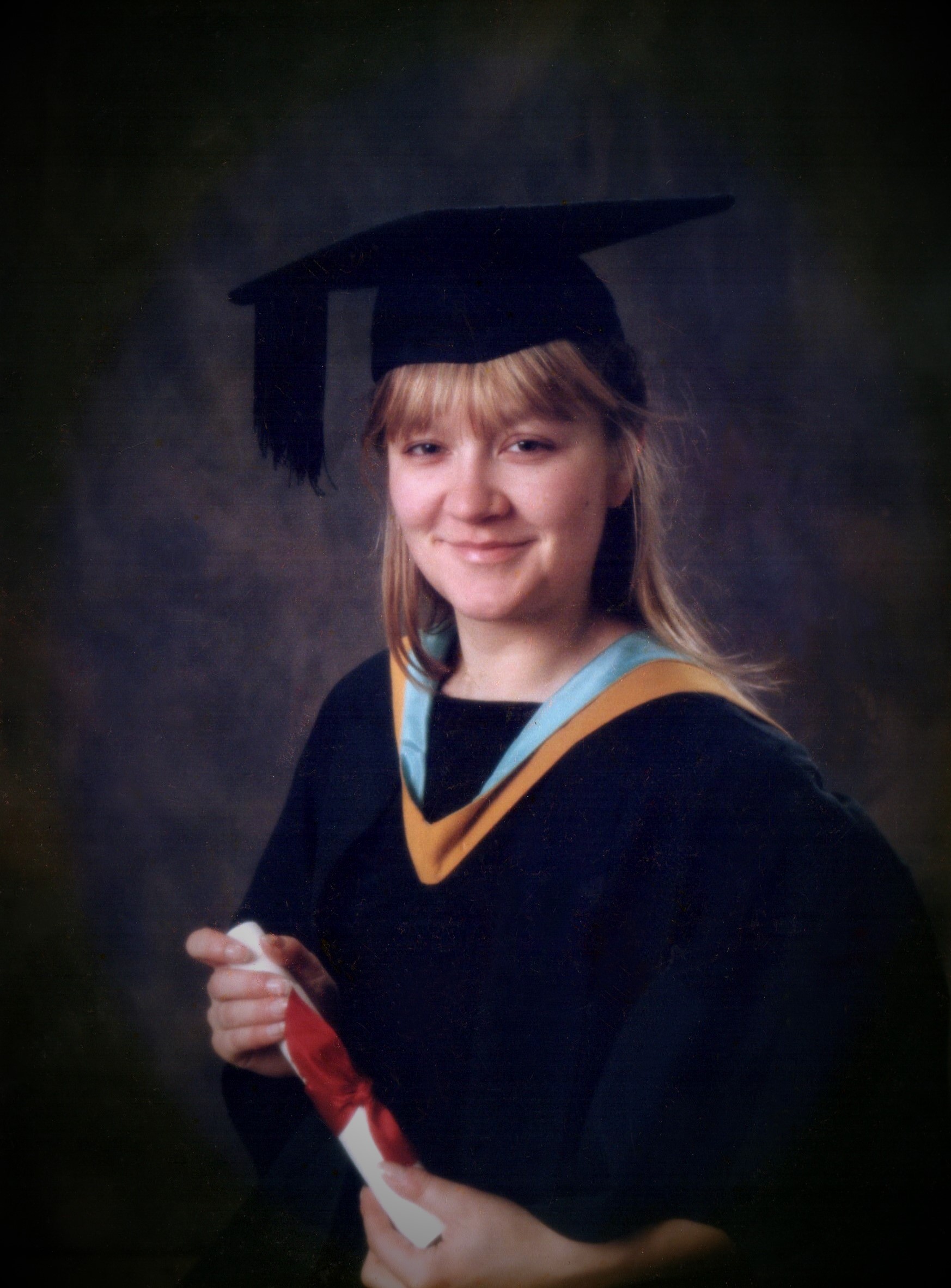 Please see the comments below by Miss McWilliams’ sister.

Below. Looking down to the impact point with the frozen Llyn Lluncaws beyond. 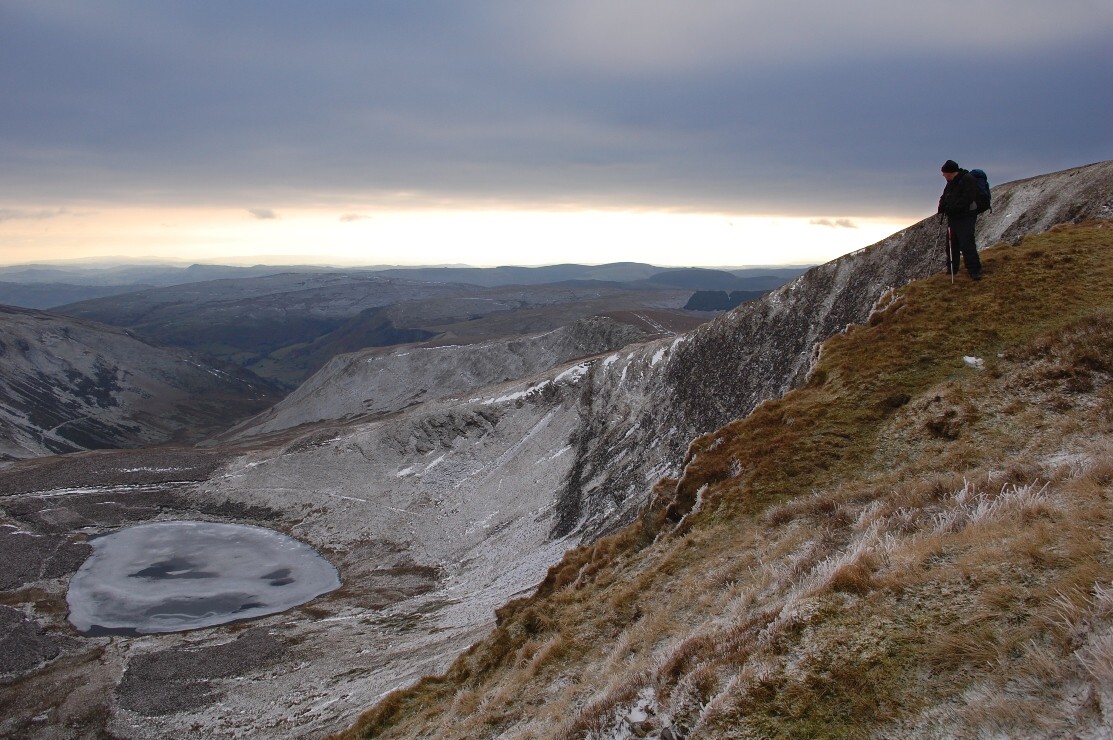 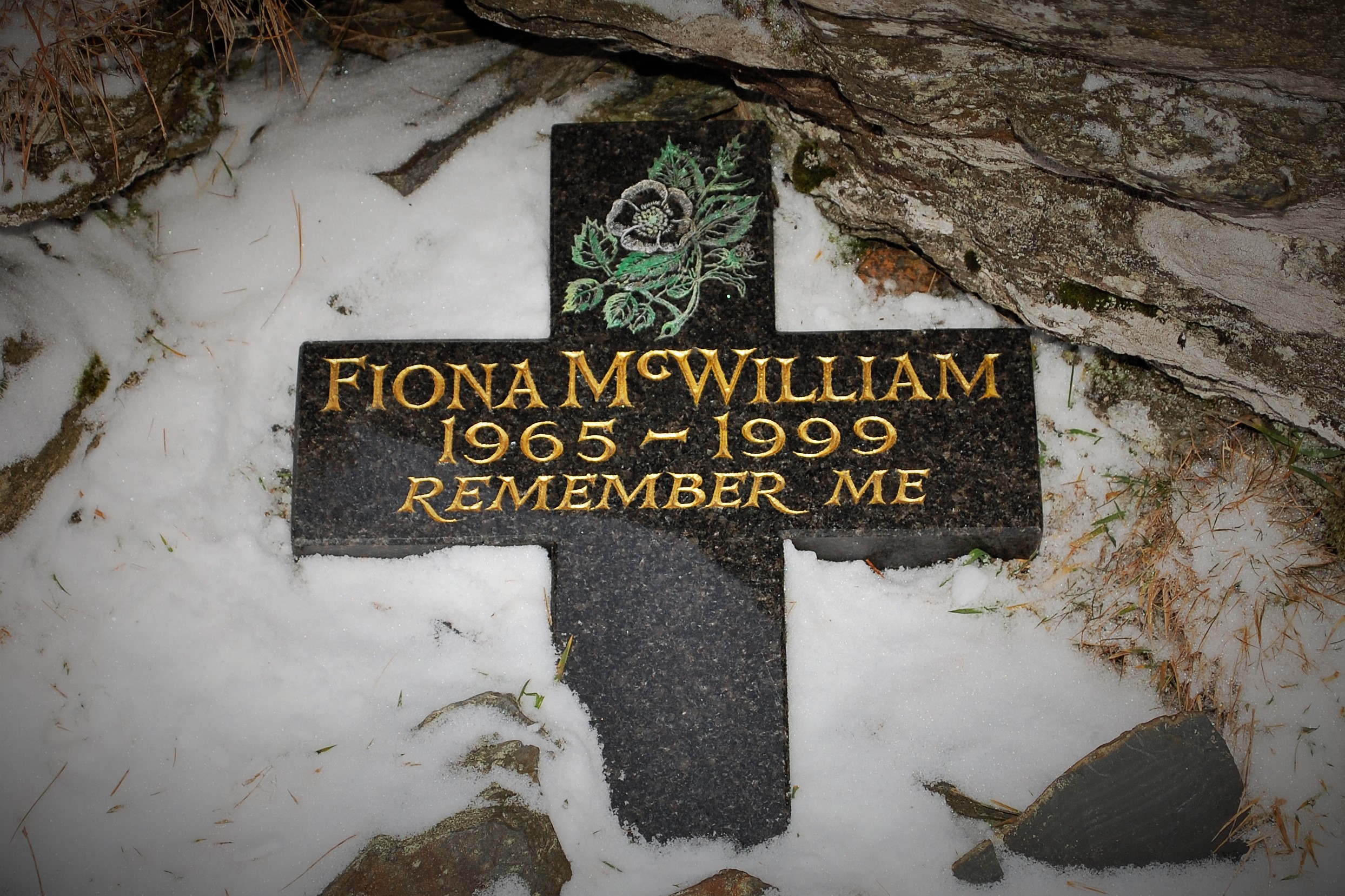 Below; Tribute to Fiona McWilliam from her colleagues at Manchester Airport in the airport’s memorial garden. 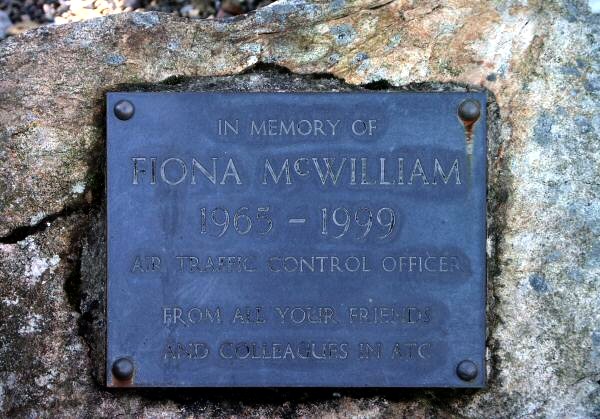 Below; Memorial at Tegg’s Nose Country Park courtesy of TW

The words are from a poem entitled High Flight by American airman Pilot Officer John Gillespie Magee, Jr (he served with the RCAF) who was himself killed in an aircrash in England in 1941.
Oh! I have slipped the surly bonds of Earth
And danced the skies on laughter-silvered wings;
Sunward I’ve climbed, and joined the tumbling mirth
of sun-split clouds, — and done a hundred things
You have not dreamed of — wheeled and soared and swung
High in the sunlit silence. Hov’ring there,
I’ve chased the shouting wind along, and flung
My eager craft through footless halls of air….

Up, up the long, delirious, burning blue
I’ve topped the wind-swept heights with easy grace.
Where never lark, or even eagle flew —
And, while with silent, lifting mind I’ve trod
The high untrespassed sanctity of space,
– Put out my hand, and touched the face of God.

Thanks to Heather for the photos below showing the old bench and plaque, paid for by Fiona’s colleagues at Manchester Airport, and the new one built by drystone waller John Robertson on the same spot at Tegg’s Nose Country Park near Macclesfield. 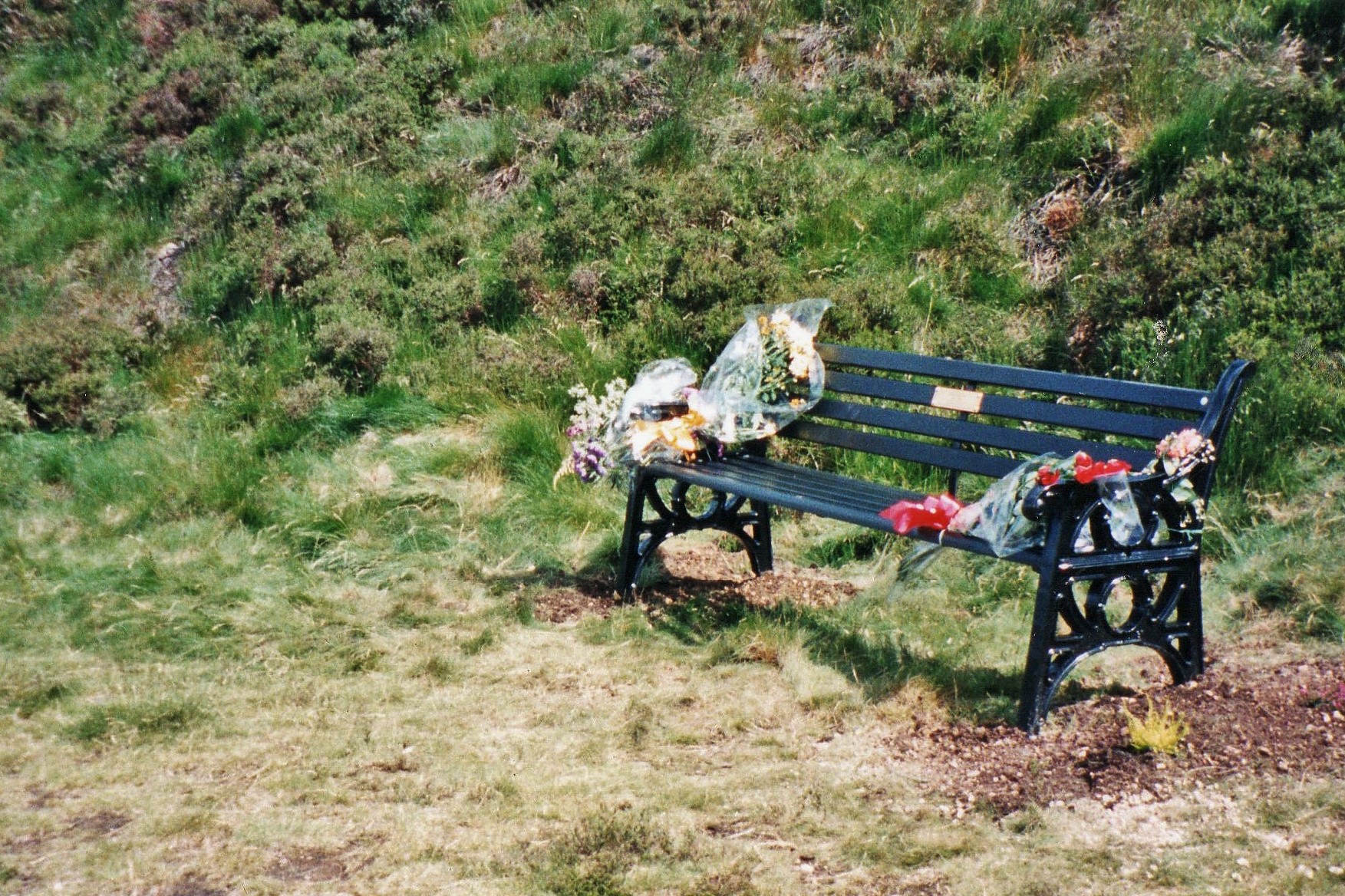 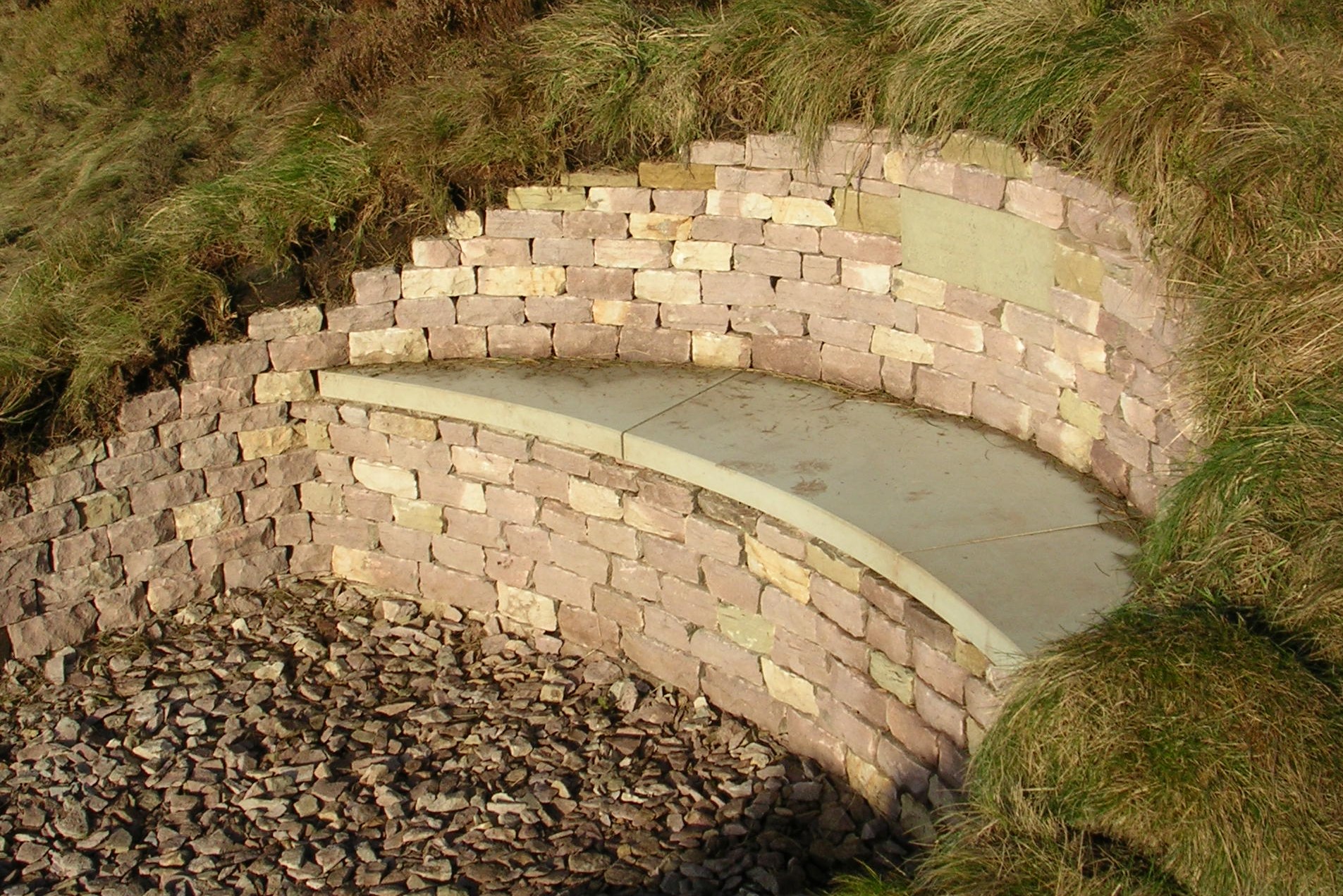