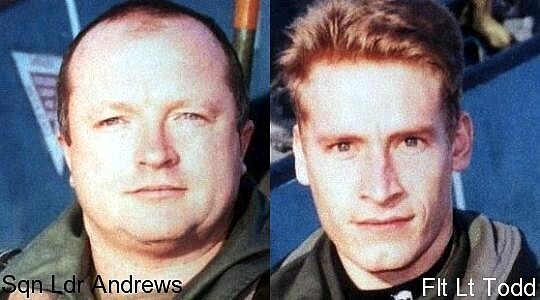 Both crew members of Hawk XX193, Squadron Leader Micheal Andrews (38) and
Flight Lieutenant Stephen Todd (28) were killed when their jet crashed at the village of Shap in Cumbria, October 22 1999.

The original photos of the crew are from the Northern Echo.

Hawk XX193 was taking part in a combat exercise, feigning low level attacks on a formation of three other Hawks from RAF Leeming.

After the second attack over Sedburgh, 16 miles to the south east of Shap, the formation turned roughly north west, following the line of the M6 Motorway. Some 5 miles from Shap, the defending formation turned west towards the Lake District. Following them, XX193 also made the turn, but was too low and hit some trees before crashing to the ground at the northern end of the village.

An eyewitness called Clive told us that the jet clipped the chimney pots of his house, veered to the right and crashed into the bridge carrying the A6 over the main London – Scotland railway line, demolishing a barn. Clive said that the entire bridge was on fire.

There was just one civilian casualty, a Mr Colin Murray aged 38 who was driving his van across the bridge. He was lucky to escape shocked but uninjured. He told the BBC “As I went over the railway bridge, the windscreen of the van exploded, showering me in debris, bricks, rubble, dust, debris of all descriptions… I shielded my face with my arms as best I could and the van eventually came to a halt.” 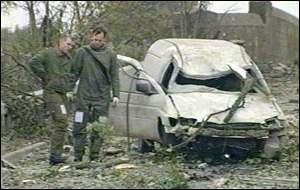 The Ministry of Defence report states that the Hawk entered a gentle descending roll to the left, which makes sense if the formation it was shadowing was heading west. However travelling northwards a left roll would have taken the Hawk away from the impact point. Possibly the Hawk was turning to follow the formation when it struck the trees and out of control heeled over to the right. The report notes there were no column control inputs during the last 18 seconds of flight.

A house as now been built on the spot where the barn stood and a memorial to the men placed in a wall at the front of the house.

Memorial at the crash site. 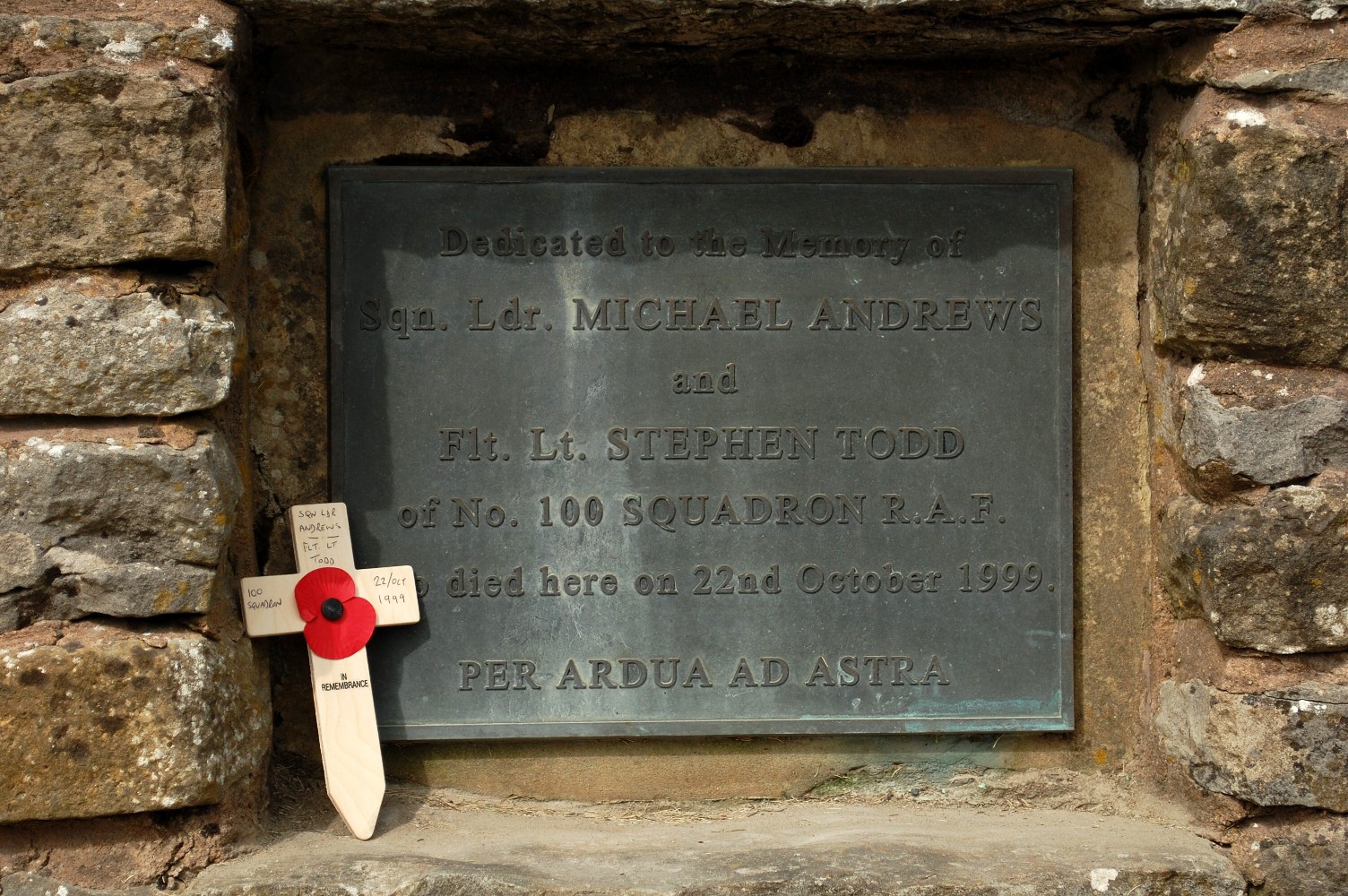 There was very little left of the Hawk, it hit the ground with such force it disintegrated completely. A wallet belonging to Squadron Leader Andrews was found and a fragment of Flight Lieutenant Todd’s credit card was also recovered by the salvage team.

As is usually the case when an aircraft crashes in a populated area without the loss of any persons on the ground, a story emerges whereby the pilot heroically struggled to avoid hitting a school or houses etc. This is a common phenomenon and one generally not replicated when people on the ground are killed. I wasn’t there so I don’t know, but it seems unlikely, the crash would have happened in an instant, and the report concluded there was no sign of the jet being in trouble prior to the crash. Nor does the report refer to the pilot taking such evasive action. But those on the ground seeing the Hawk turning to the left may have reasoned that the jet was avoiding the village.

In November 2002 an inquest heard evidence to suggest that fatigue from over work may well have been a contributory factor, Sqn Ldr Andrews having to work 12 hour shifts. As a result of the crash, ground proximity warnings and voice recordings were to be fitted to Hawks, though the inquest – which took place 3 years after the crash – heard that still hadn’t happened.

A low flying Hawk of 100 Squadron on Cazflypast’s photostream.