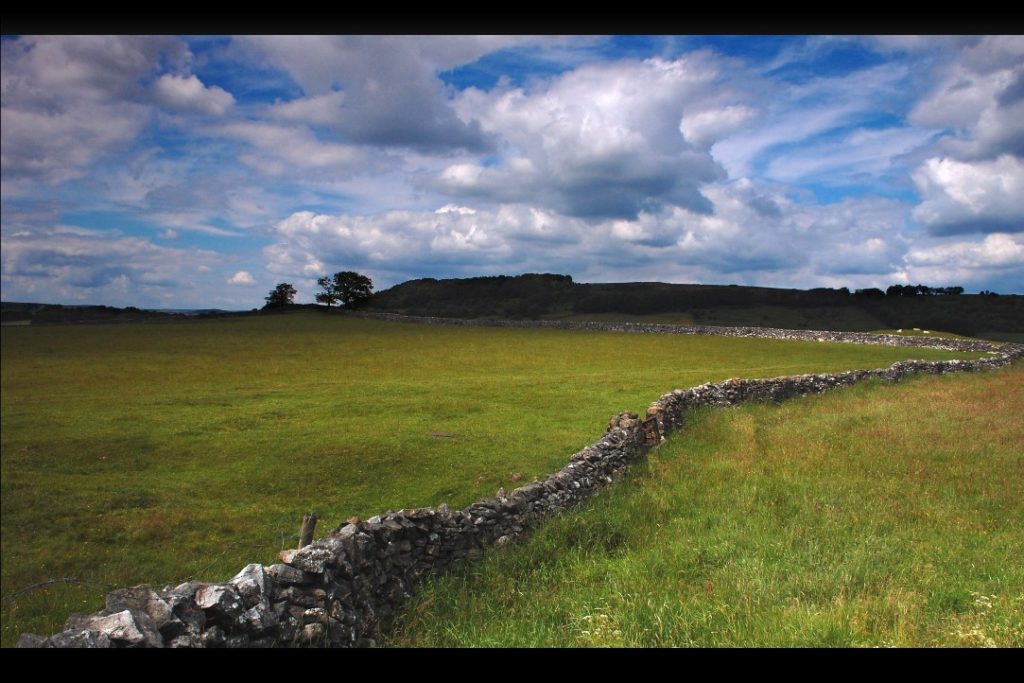 Pilot Officer Robert Windle was undertaking circuits and landing practice in a North American Harvard trainer, flying out of RAF Ternhill in Shropshire. The engine of his Harvard began to run unevenly and then finally cut altogether and the Harvard glided down into a field and crashed into this dry stone wall near the village of Foolow in Derbyshire.

P/O Windle was thrown from the seat when the safety harness broke. He was badly injured and never got to complete his training.

The inquiry found that the pupil pilot had failed to switch to the next fuel tank and that there was nothing wrong with the engine.

Photo of a Harvard taken by Kingsdude’s father in Canada, 1943.