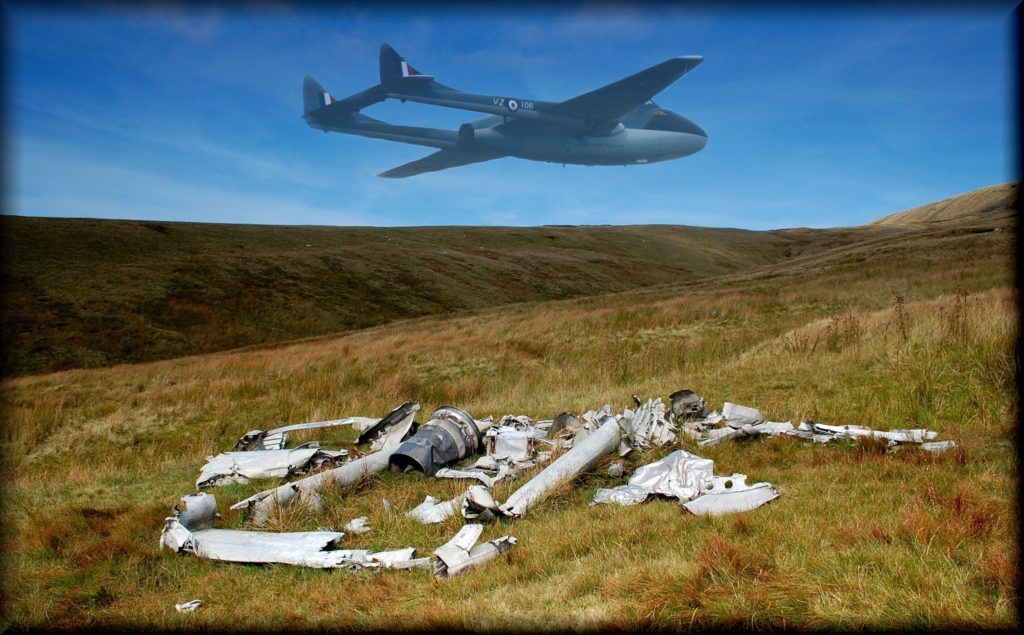 Two de Havilland Vampires were on exercise from RAF Pembrey (south of Carmarthen) where fighter pilots were trained with 233 OCU.

Leading the pair down through 8/8th cloud cover over the Brecon Beacons in Wales, Pilot Officer John Raymond Baldock struck the ground at high speed killing him instantly. The pilot of the second Vampire saw the ground through a break in the cloud and managed to pull up, but did not see what had happened to his leader.

P/O Baldock was from Portsmouth and was 21 years old. He is buried at Pembrey.

The layered image over the crash site photo above is of a twin seater Vampire T55 photographed at Cosford. It is a different variant to VZ 106, that being a single seater FB5. Don’t be fooled by the serial number on the image either. 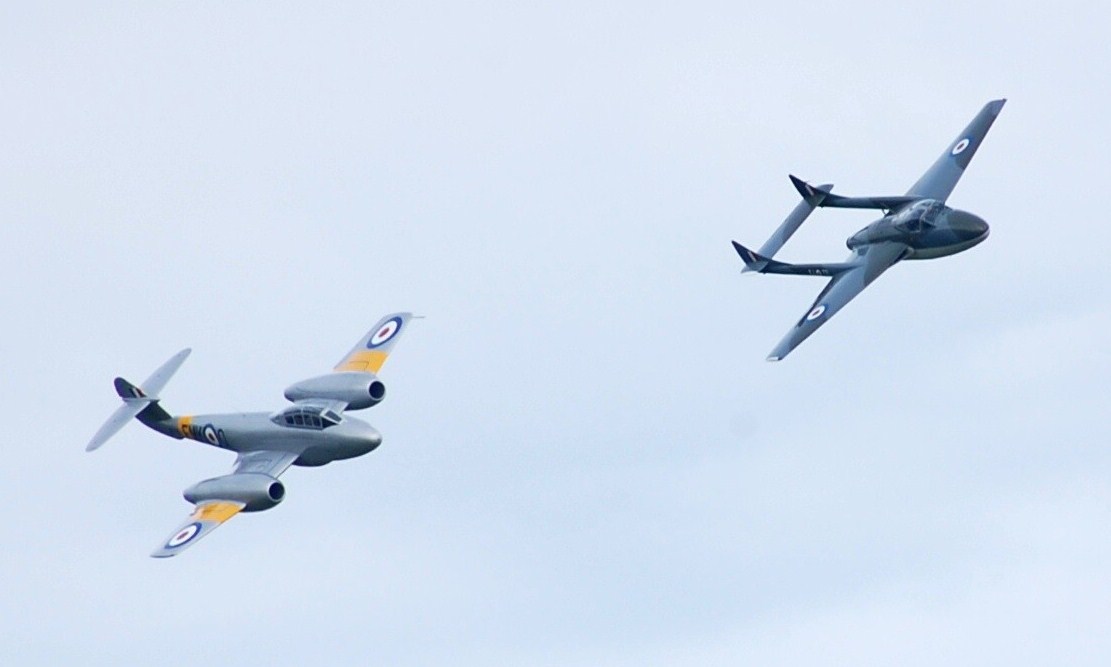 Vampires first flew during WWII but never saw action. They were the next jets in service after the Gloster Meteor. The photo above shows Meteor WA591 and Vampire XJ771 in formation at Cosford, 2012.

Re; Selling wreckage on e-bay.

Most of the wreckage remaining at the site has been arranged to roughly describe the shape of the aircraft as an unusual tribute to P/O Baldock. Not all of course, there is some from the cockpit a short distance away…

And as you can see here, e-bay member thewesternfront was selling to the highest bidder a section of tailplane from P/O Baldock’s Vampire only a month ago (02 September 2012). This e-bay link will eventually expire, so I will record here that it says

“This is an original tail plane section of RAF vampire VZ106.The tail section is in nice condition with no major damage perfect for display of for a restoration job and is a very rare item of the second British raf jet to see service.This item has come from a private collection in kent.If you have any questions please ask..”

Of course, it has actually come from this crash site. There were five bids and it was sold for £22.