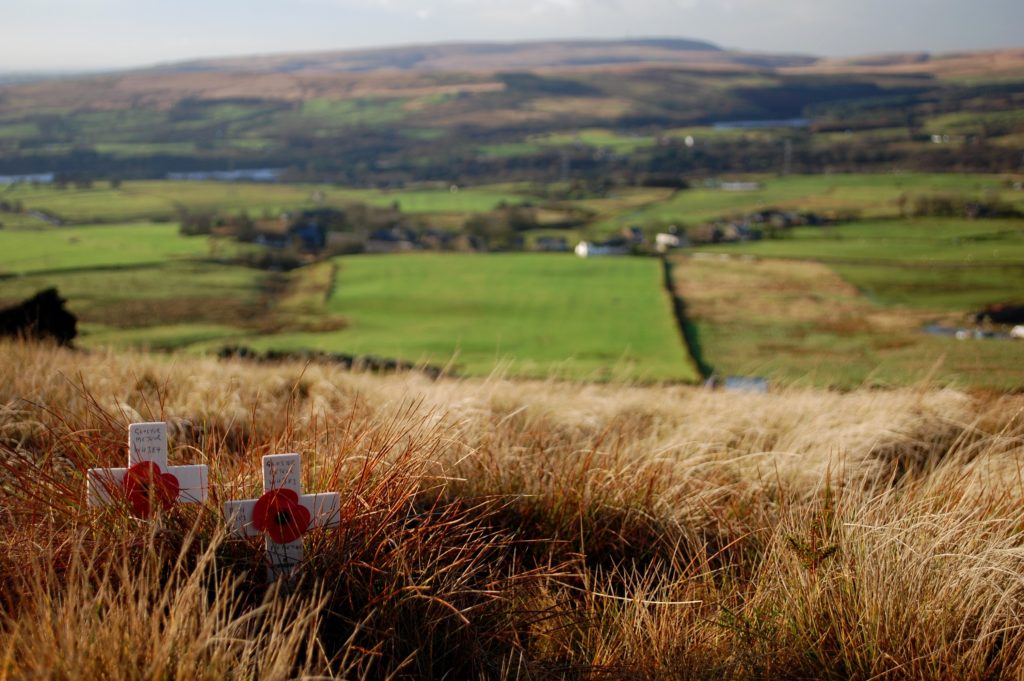 Taken on Scholes Height and looking towards Winter Hill.

Although no remains are visible, the damaged wall is still there.