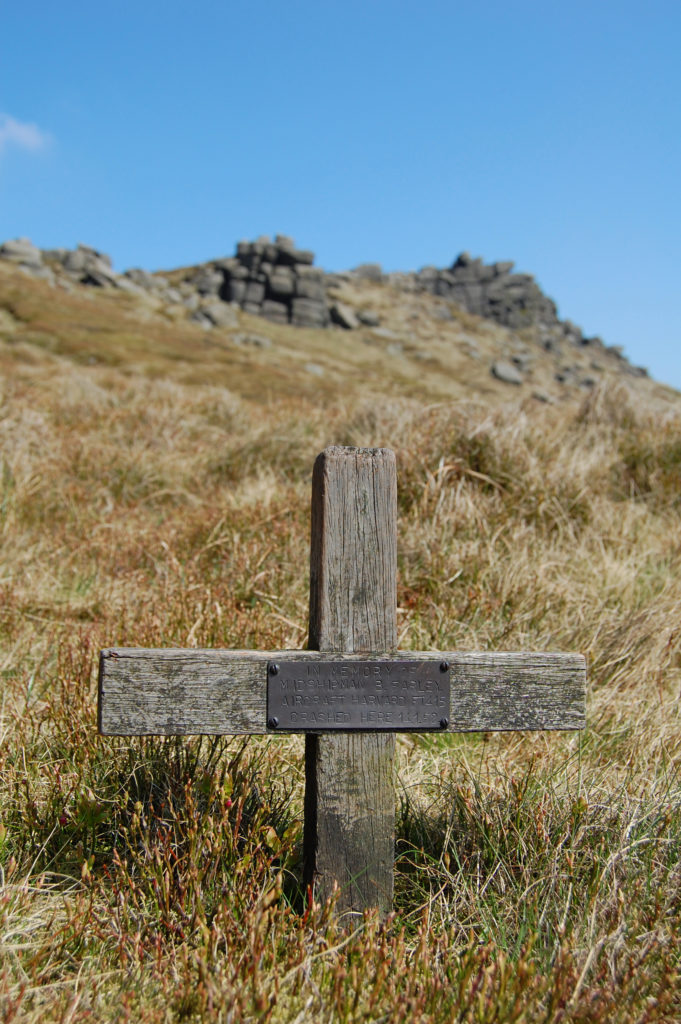 Midshipman Brian Farley of the Royal Naval Air Service was killed in the crash on 14 January 1952.

Midshipman Farley was a pupil pilot flying this old training aircraft. He was due to fly from RAF Syerston in Nottinghamshire to RAF Kemble in Gloucestershire.

Because he was so far off course (some 45 miles and heading North West to Manchester rather than South West to Cirencester ) it was 6 days before the wreck was found. Eyewitnesses saw the Harvard following the Manchester – Sheffield railway along the Edale valley, before pulling up abruptly as the railway enters the Cowburn Tunnel.

In low cloud and unaware of the hills around him, Midshipman Farley turned to the right but simply ran out of valley to fly along, crashing into Kinder Scout very close to the spot where Wing Commander Douglas Speare crashed.

It is suggested that the student pilot was planning on an unauthorised flight over his hometown of Stockport, South East of Manchester. 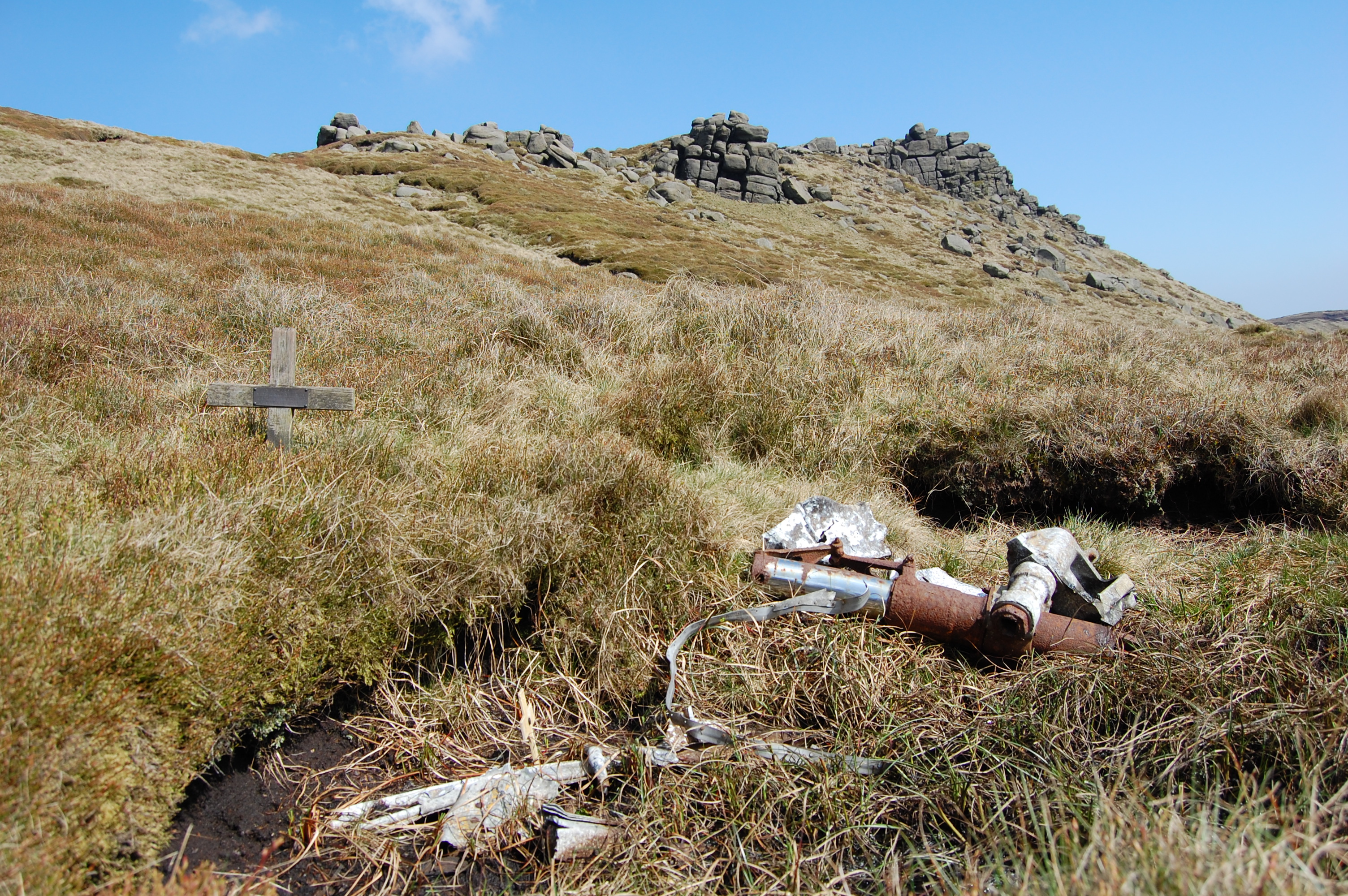 Close by this spot, a rock bears graffiti left by the salvage party; B WATSON RAF 1952 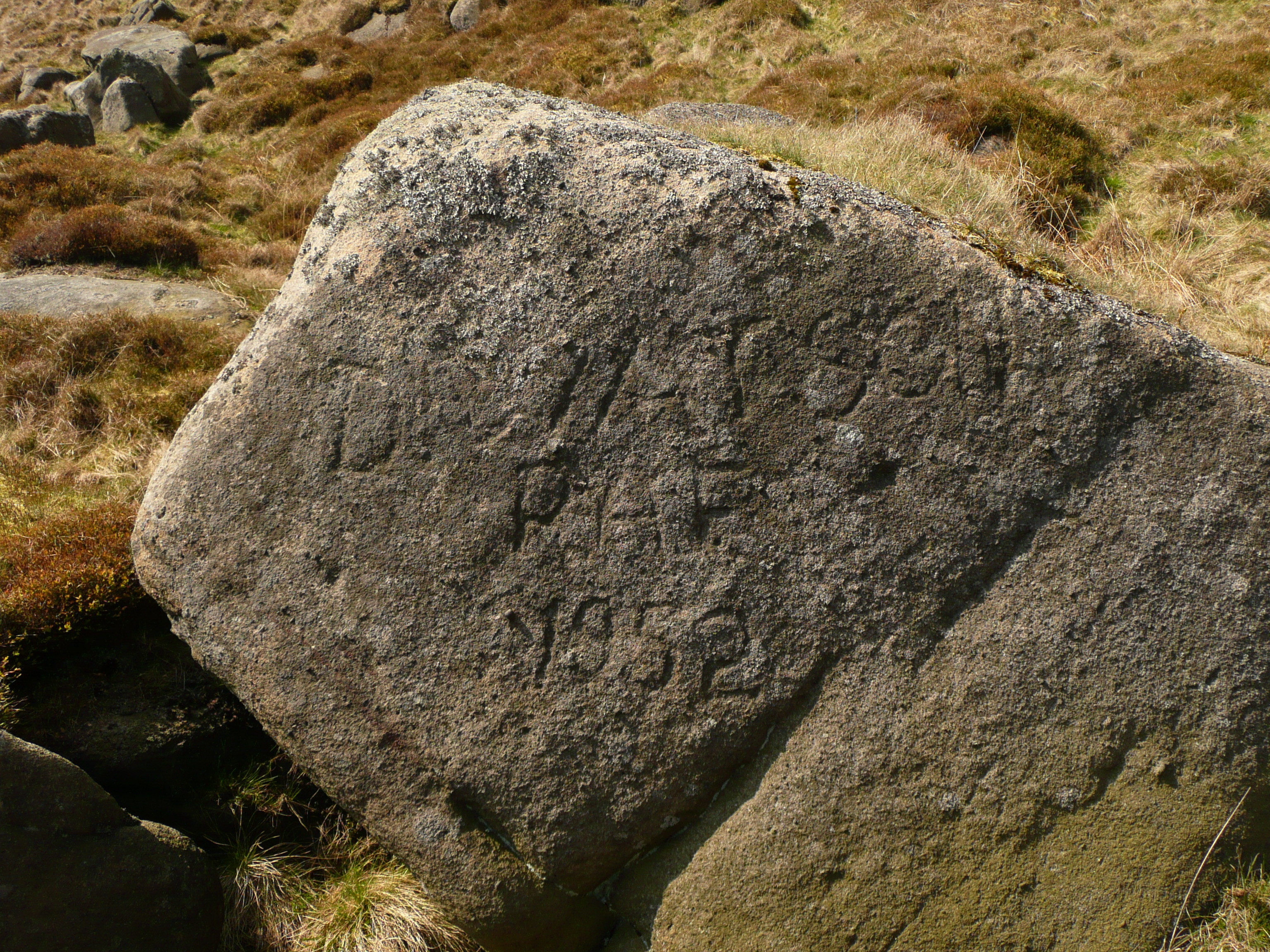