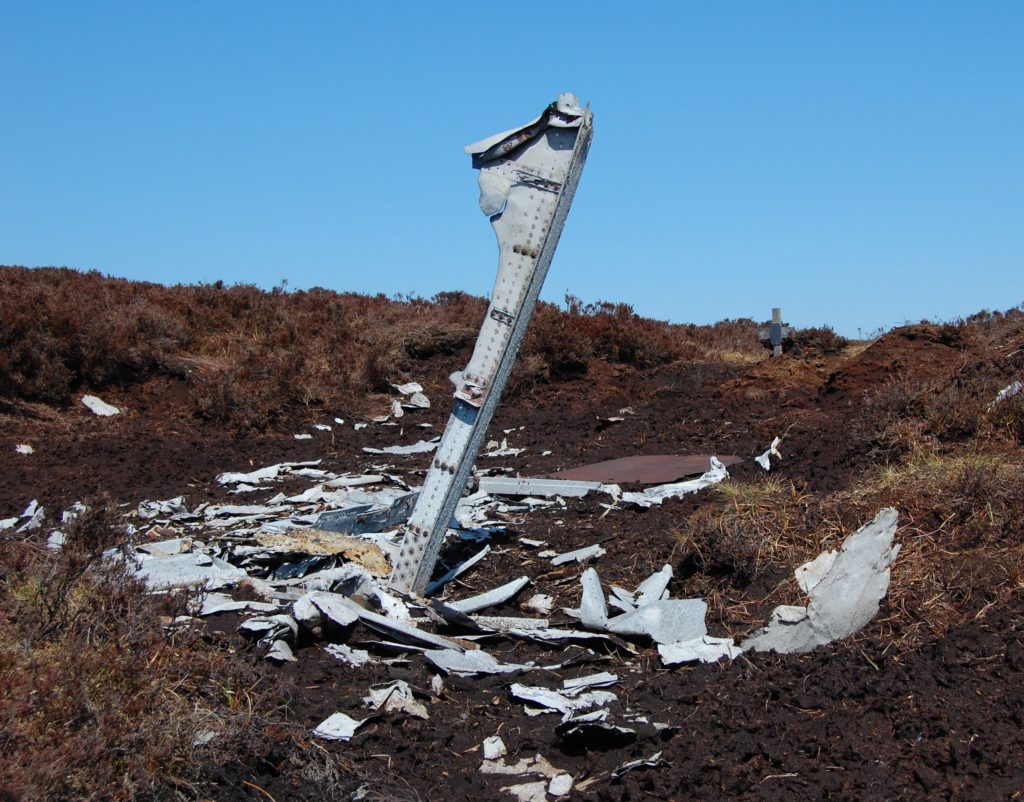 On October 5th 1943 Halifax bomber HR727 was returning from a raid when it crashed on Edale Moor, England.

After dropping its bombs Halifax HR727 was coned by searchlights over Frankfurt and was attacked by a German night-fighter. The pilot Sergeant Fenning managed to escape, but his plane was badly damaged. With one engine out, communication equipment not working, and a fuel tank holed and leaking fuel, the Halifax limped back towards its base in Yorkshire in deteriorating weather. With no way of knowing precisely where they were, the Halifax gently descended through the cloud, Sgt Fenning believing the aircraft to be in the vicinity of Selby, some 35 miles North East of where they actually were, that is over the hills of the Peak District.

The impact of the crash killed 4 crew members immediately. Three crew members survived, so while Sgt Garland stayed with the injured Sergeant Lane, Sgt Mack set off along the debris trail and into the night to find help. By the time help arrived the next day, Sgt Lane had died. Their bodies were taken down to the chapel in the Woodlands Valley.