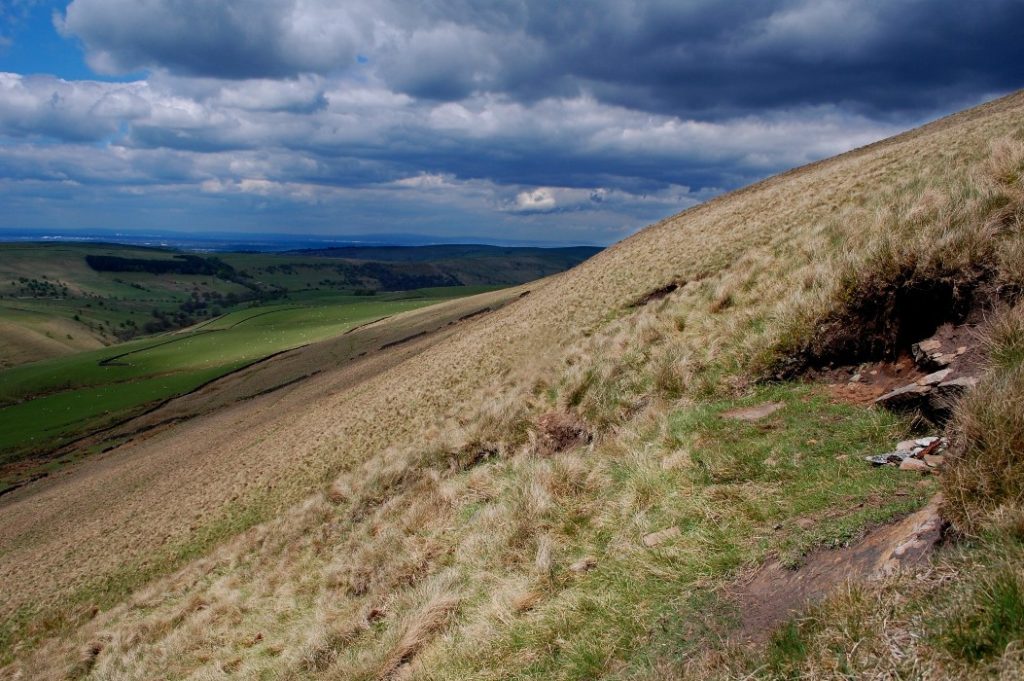 30 September 1943. Two American Thunderbolts piloted by Captain Malta L Stepp Jr and Staff Sergeant Lynn R Morrison, were on a training exercise from their base at Atcham near Shrewsbury when they crashed in low cloud on the western slope of Cat’s Tor near the Cat and Fiddle in the Peak District. Both men died instantly. It is not known why leader Capt. Stepp was flying so low given the high ground in the area.

They wouldn’t have known much about it. Capt Stepp would have been concentrating on reading the instrument panel, while S/Sgt Morrison would have been watching his leader’s port (left) wing and copying his every move.

The two impact craters in the photo above show the positions of the aircraft at that final moment. There are some scraps of debris at both sites.

Cat’s Tor showing the approach of the P47’s. 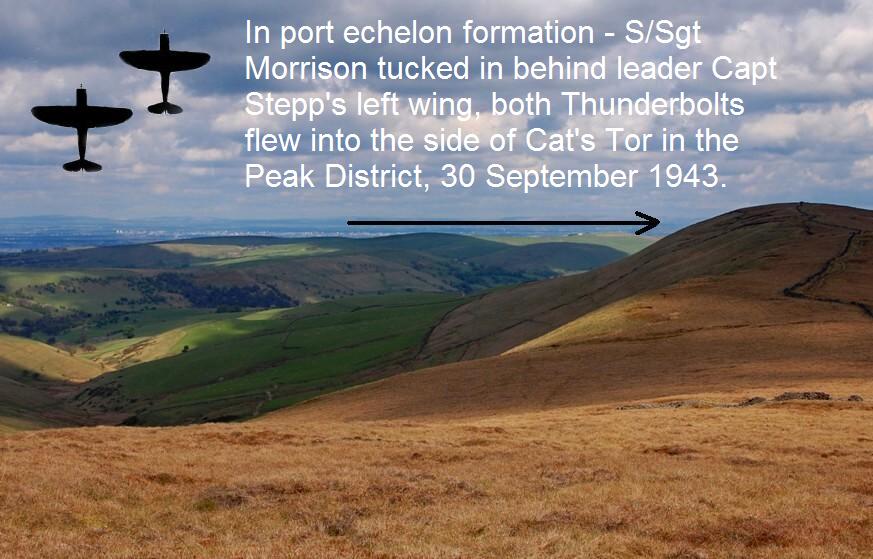 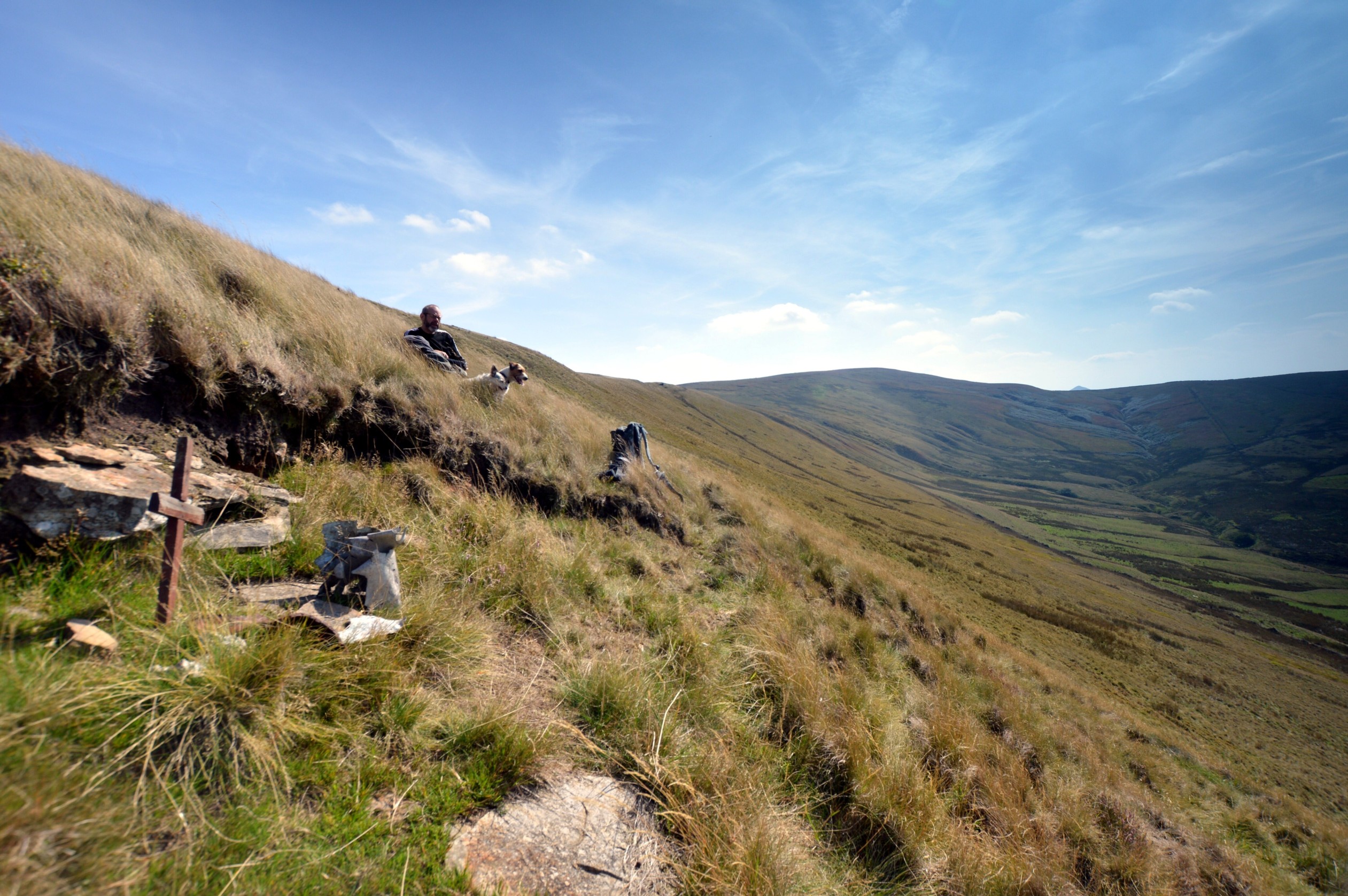 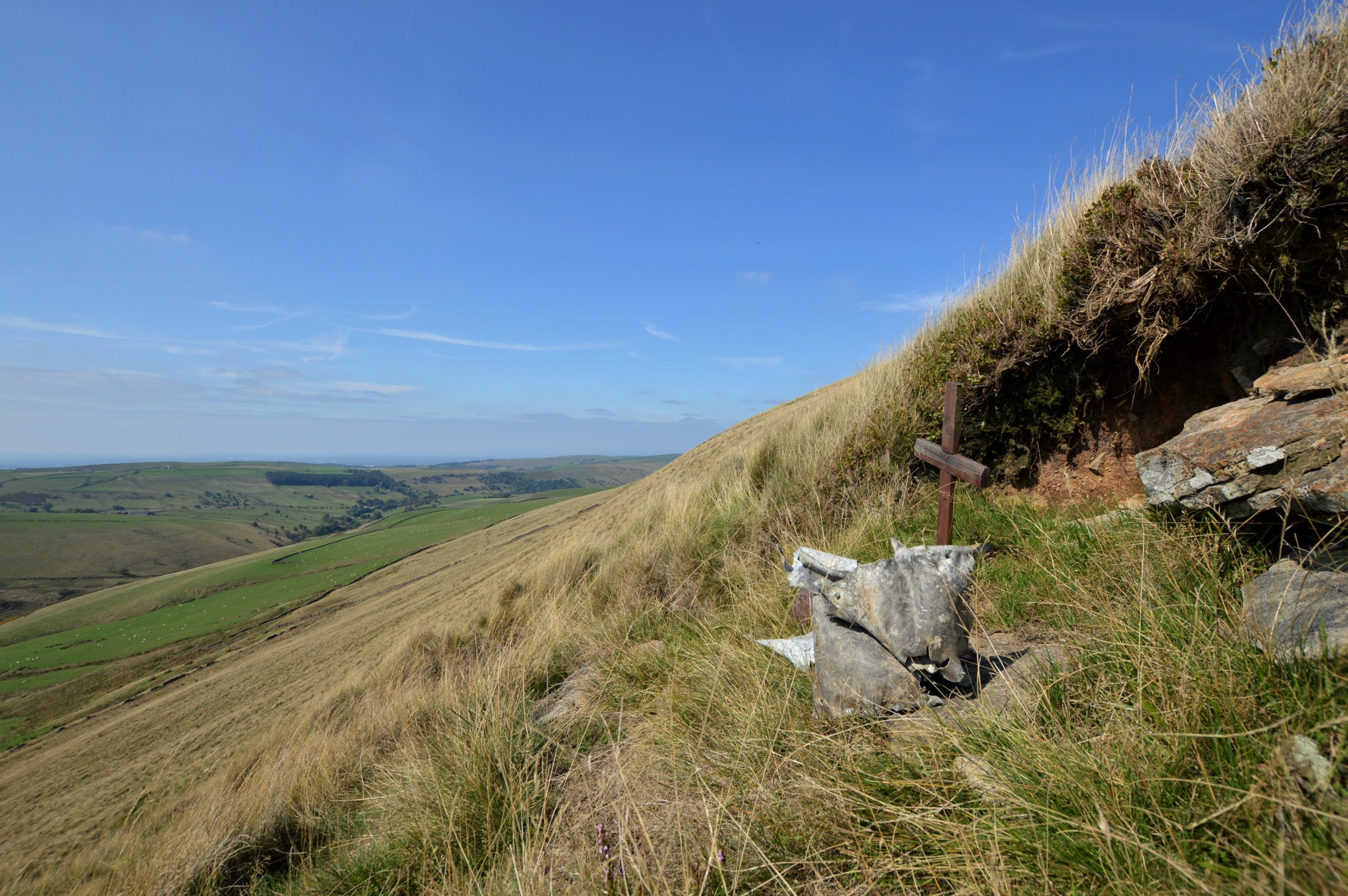 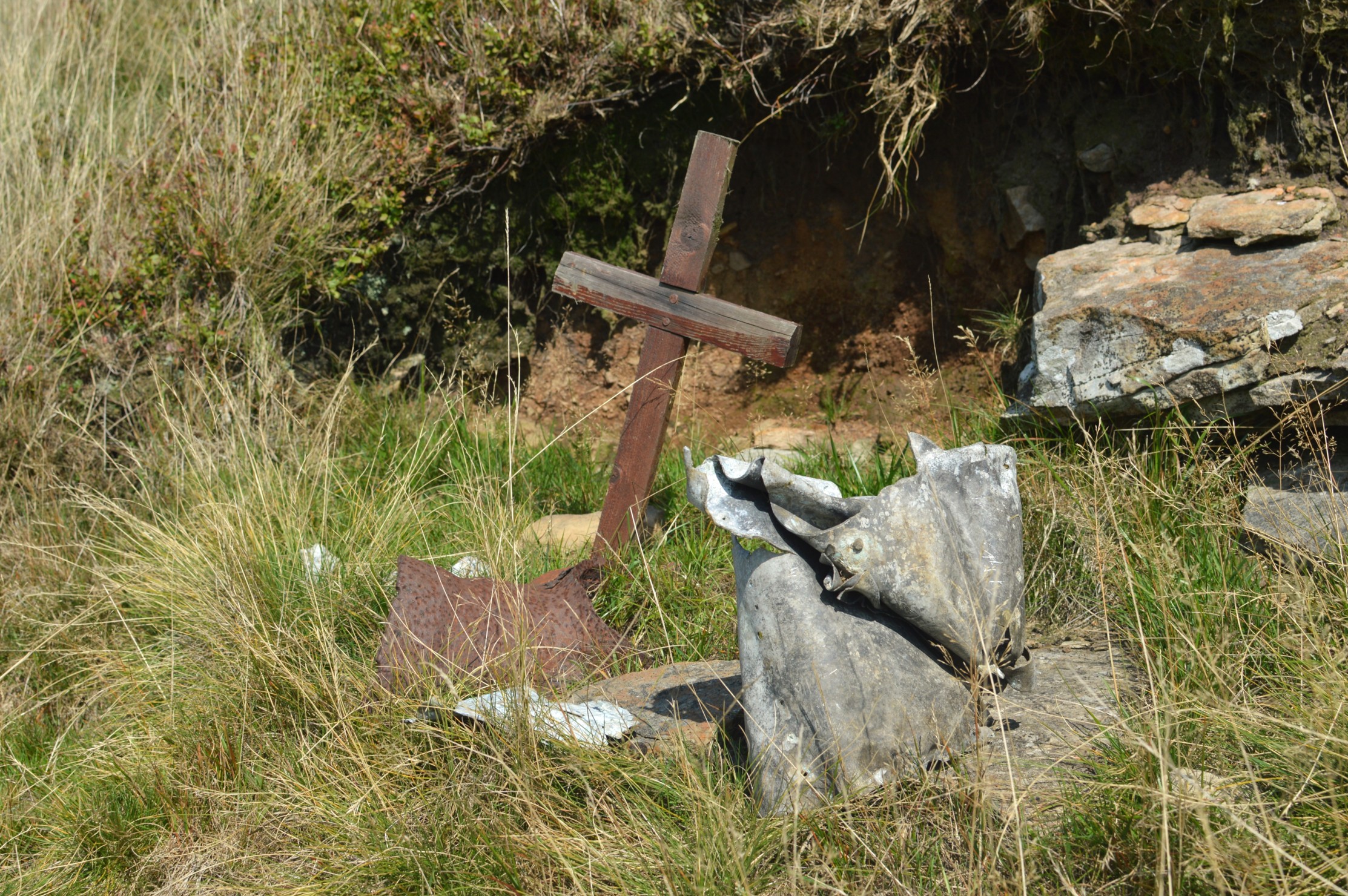