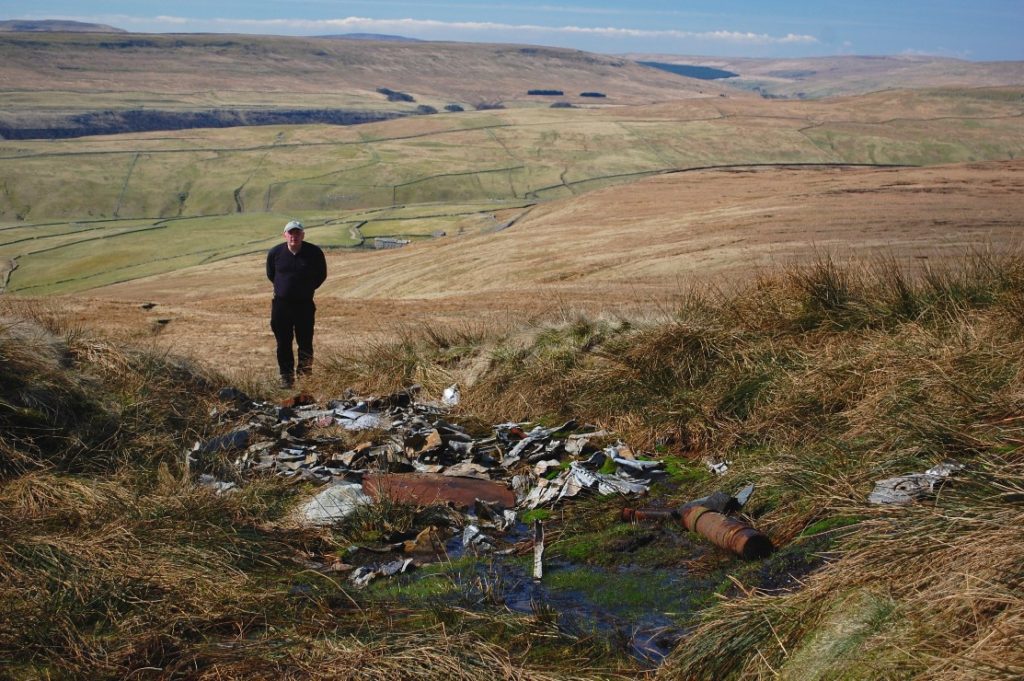 Impact crater and remains of Handley Page Halifax DT578 which crashed on Great Whernside in the Yorkshire Dales with the loss of all on board on November 23 1943.

This is the third site on the western flank of Great Whernside where 3 aircraft crashed within 5 years and about 500 metres of each other. All 3 were on cross country navigation exercises.

DT578 took off from RAF Riccall near Selby in Yorkshire, one of six Halifax bombers heading for St Bees Head on the north west coast of England. The weather was bad, and of these six bombers, three crashed. Of the other two, Sgt C Elton and his crew in Halifax DT541 survived their crash, but the 8 man crew of Halifax JB926 all died when their Halifax came down near the village of Masham.

As for this aircraft, DT578 was heard circling the moors above Kettlewell before diving to the ground shortly before midnight. Heavy build up of ice was deemed the cause of the crash. 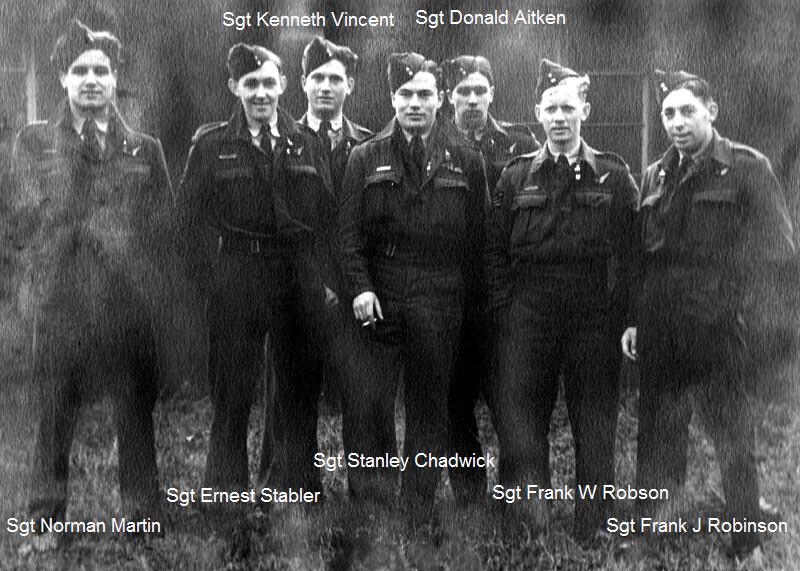