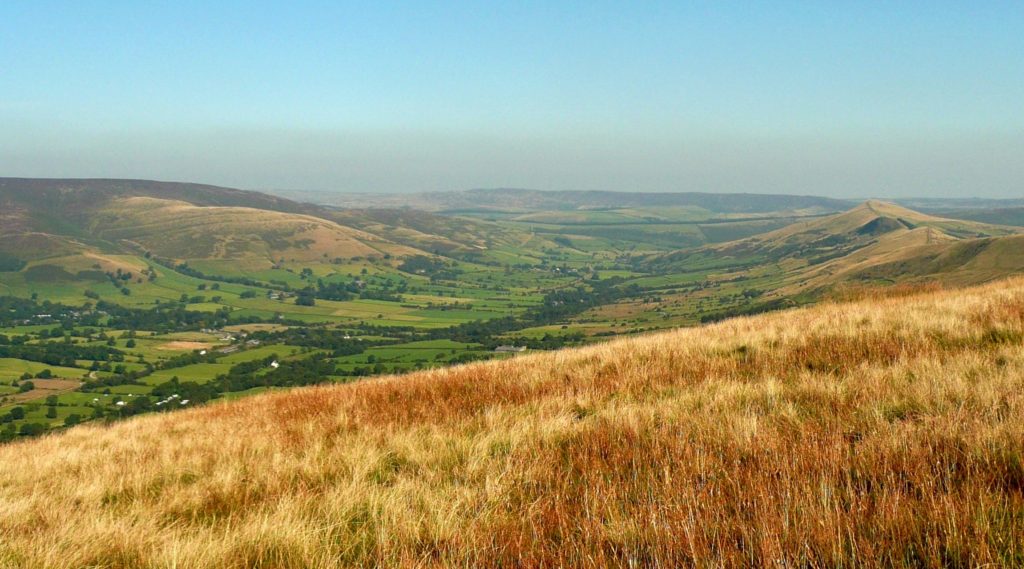 Another aircraft to crash on this hill in a belly flop fashion, again with no fire. The lucky pilot who survived was Sergeant Ronald Mitchell, who had been taking part in formation flying practice with 3 other Spitfires on December 10th 1943.

Descending through cloud, Cunningham says “he saw a sudden darkening of the cloud” and just had time to lift the nose of the Spit before hitting the ground.

Cunningham adds that Sgt Mitchell had previously survived a mid air collision over Edinburgh, and later in the war his P51 Mustang was shot down by a Russian fighter over Germany. He survived that too.

The view is looking down the Vale of Edale, Kinder Scout on the left, the Mam Tor ridge on the right.