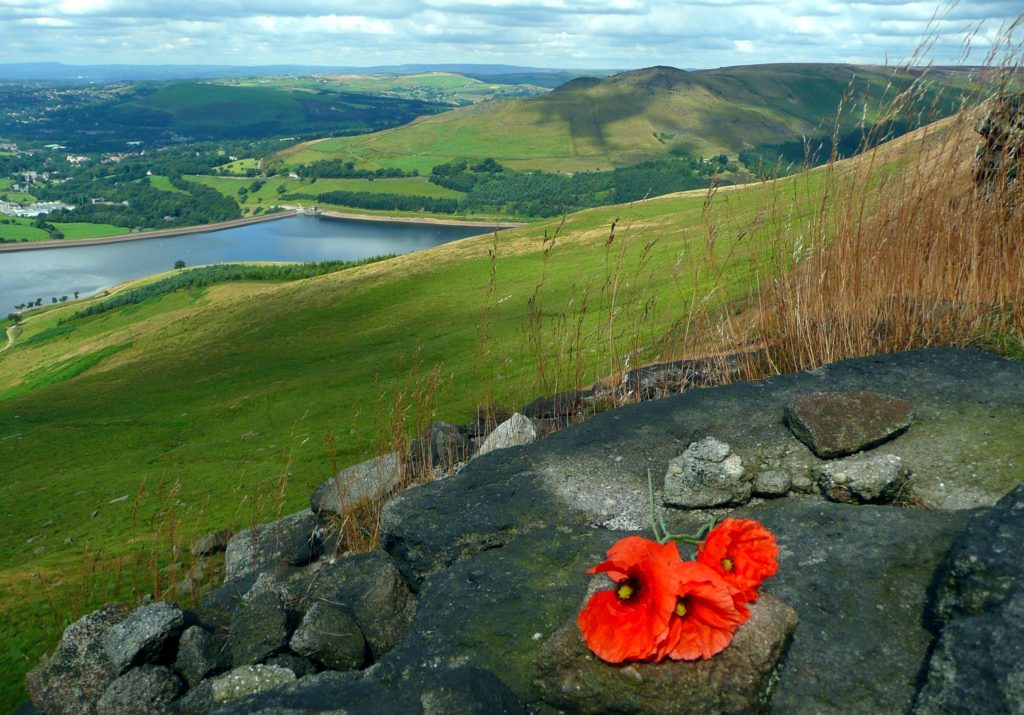 22 October 1944. Mosquito PF395 of 571 Squadron was returning from a raid on Hamburg with other Mosquitoes of the RAF Fast Night-Striking Force.

On their way back across the North Sea, Flying Officer Ernest Scotland had to shut down the port (left) engine of PF395 when it began to overheat. Losing the engine meant the Mosquito lost speed and lagged behind the other returning Mosquitoes. Their crews pressed on back to base at RAF Oakington in Cambridgeshire, leaving Flying Officer Scotland and his navigator Sergeant Humphrey Soan, to straggle on, alone in the night.

Possibly because of the drain on just the one engine driven generator, electronics systems were affected, and Flying Officer Scotland transmitted that the radio navigation equipment had stopped working. Presumably Flying Officer Scotland’s radio packed in too, because that was the last anyone heard from them. Meanwhile a blanket of cloud moved in across England, covering the country and effectively severing all contact between the two airmen and everybody else.

PF395 was last seen circling Oldham, desperately dipping below the cloud base as Flying Officer Scotland tried to get a fix, well aware of the diminishing fuel. Without navigation equipment, they had overshot RAF Oakington by 120 miles. The circling took them back east and towards the unknown high ground of the Pennines, where PF395 finally crashed on the crags above Dovestone Reservoir, killing both airmen.

Photo of fragments of wreckage below the impact site; 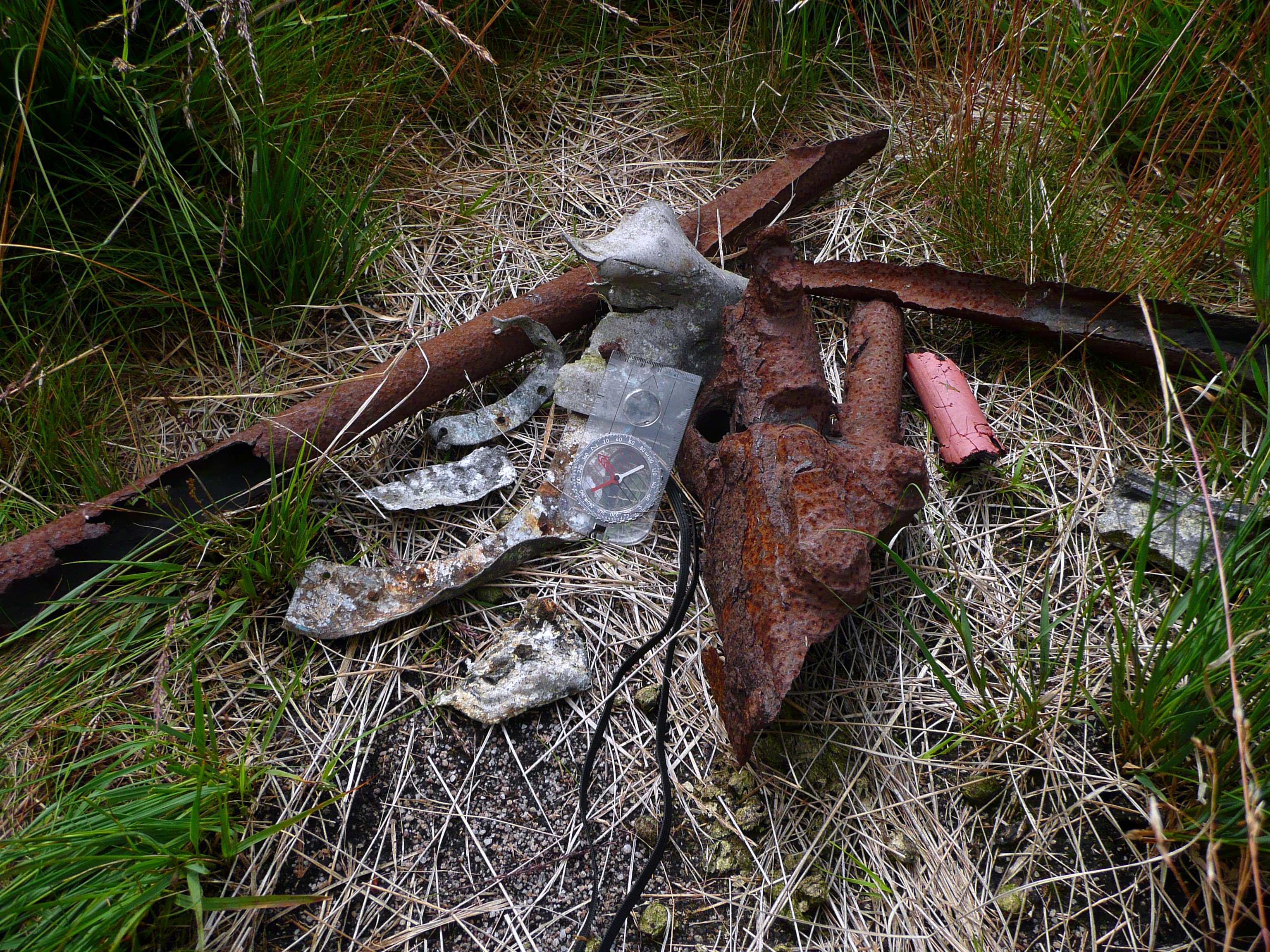 PF395 crashed on the same day as this Halifax in the Lake District; 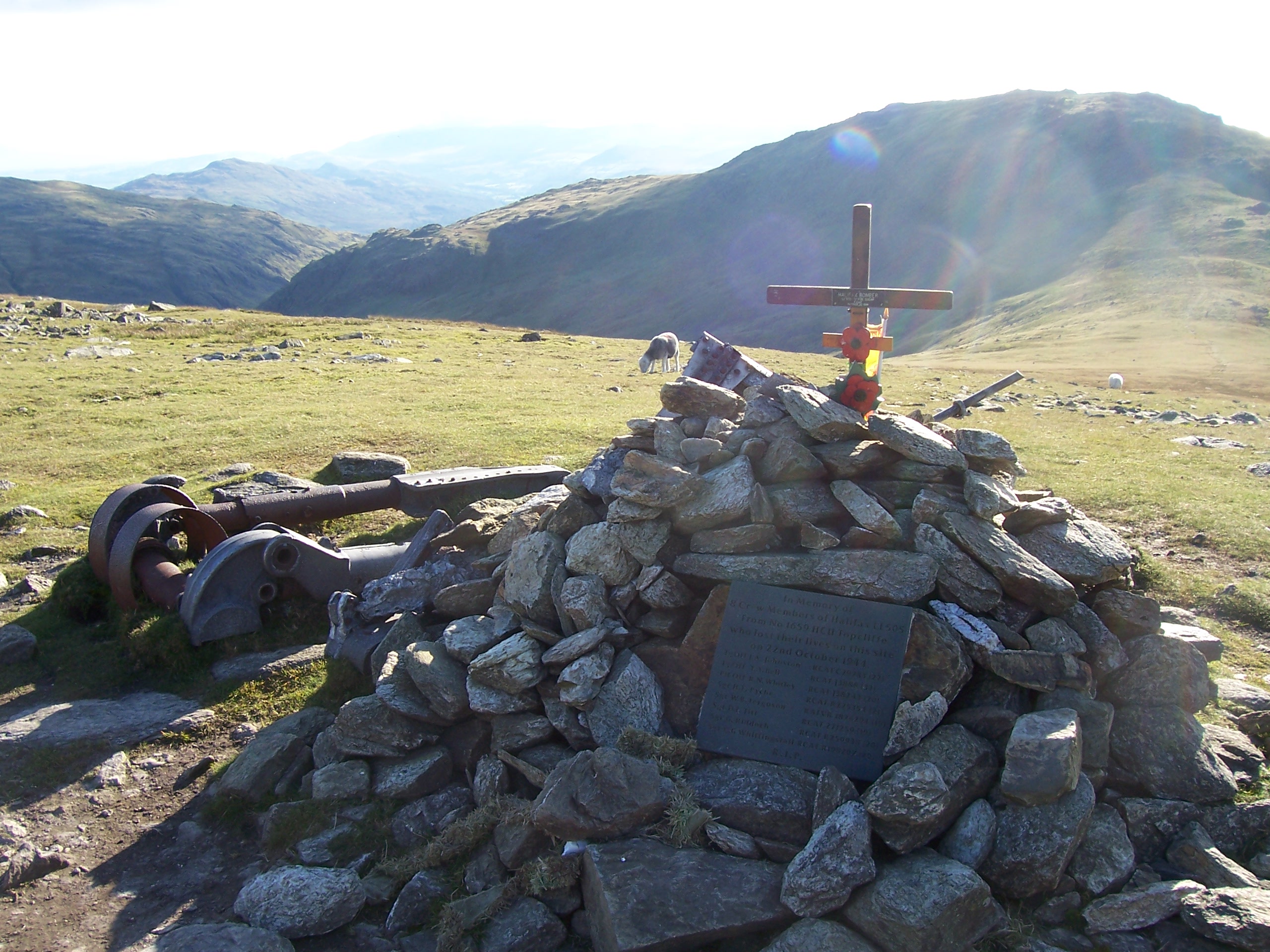