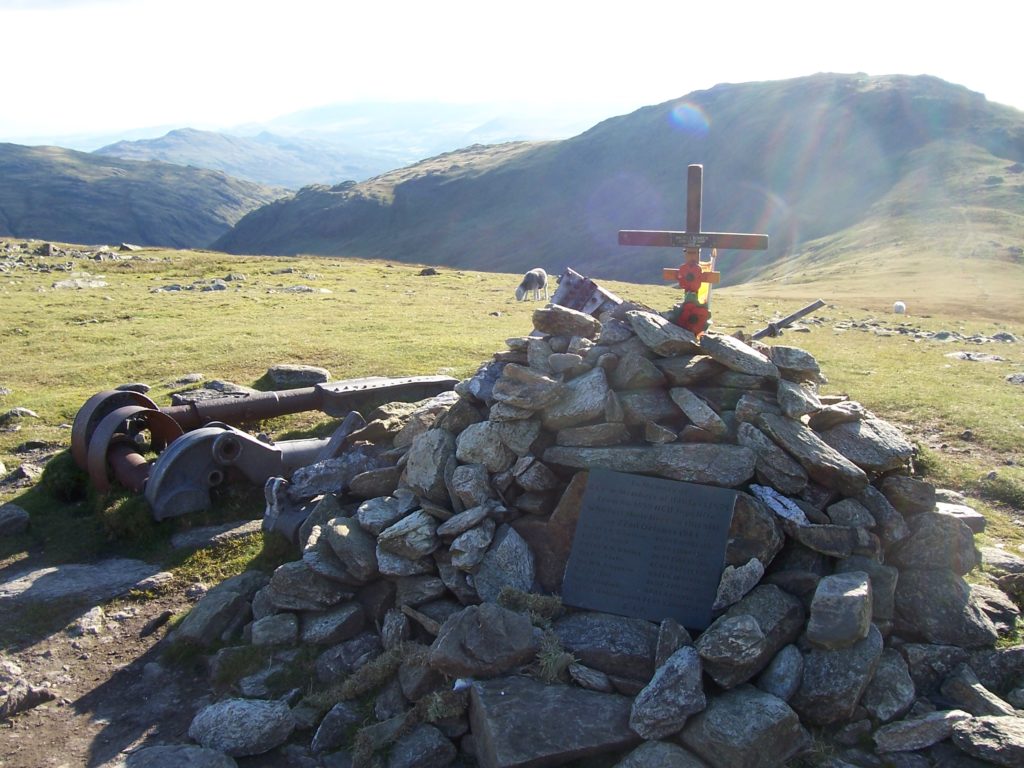 Wreckage of Halifax Bomber LL505 FD-S which crashed October 22 1944 on Great Carrs in the Lake District, England, killing all 8 crew on board (7 Canadians, 1 British).

The Halifax was on a night navigation exercise from Topcliffe in Yorkshire when they ran into thick cloud. The pilot descended so that the navigator could get a visual fix on the ground but the bomber crashed on the ridge between Great Carrs and Swirl How.

16 years after the crash, A Wainwright in his guide to the Southern Fells, wrote;
“The aeroplane, travelling from west to east, failed to clear the ridge by a few feet only; at the place of impact the undercarriage was ripped off (and still lies there in a rough grave of stones) but the crippled machine went on over the edge to crash far down the precipice…” 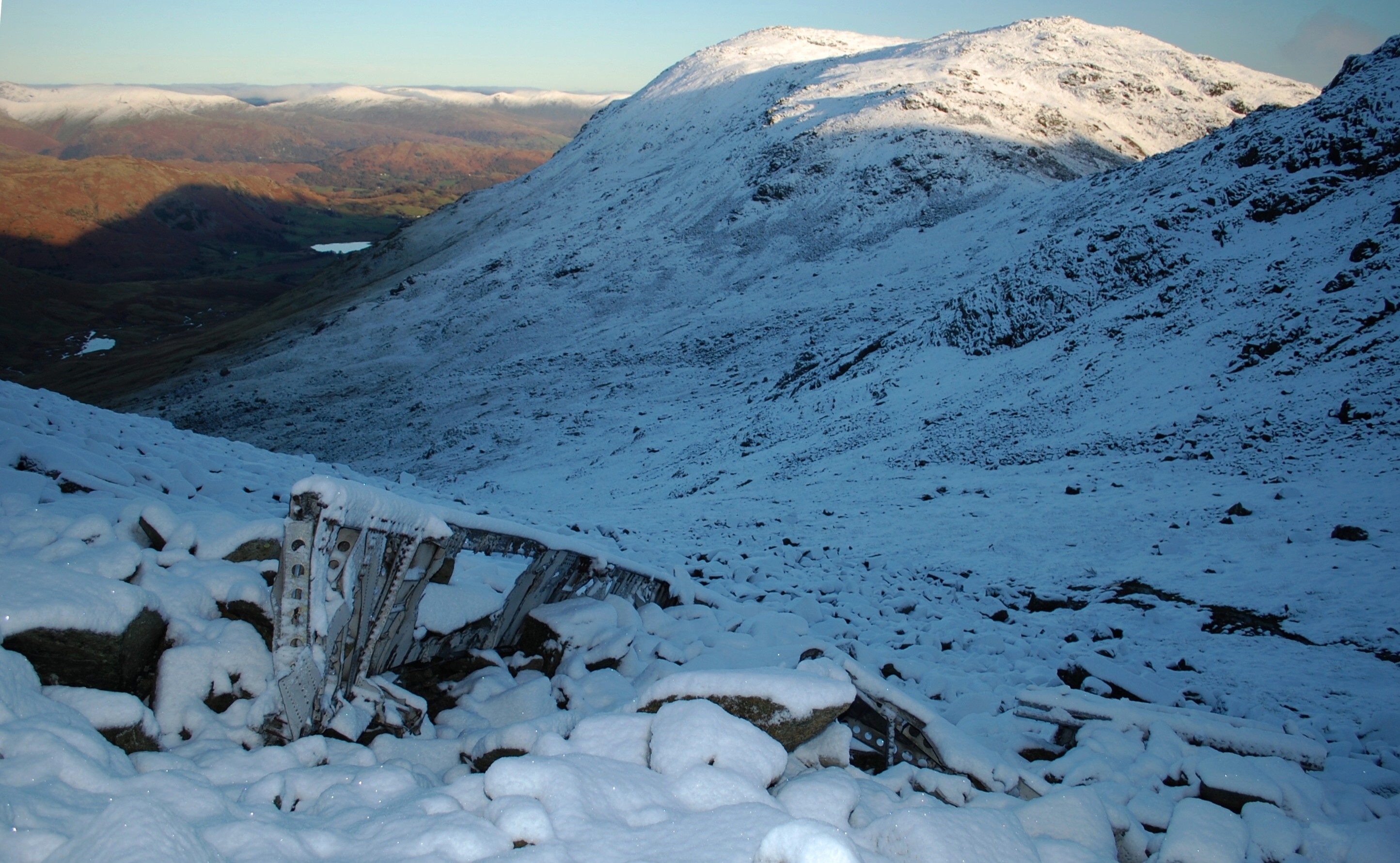 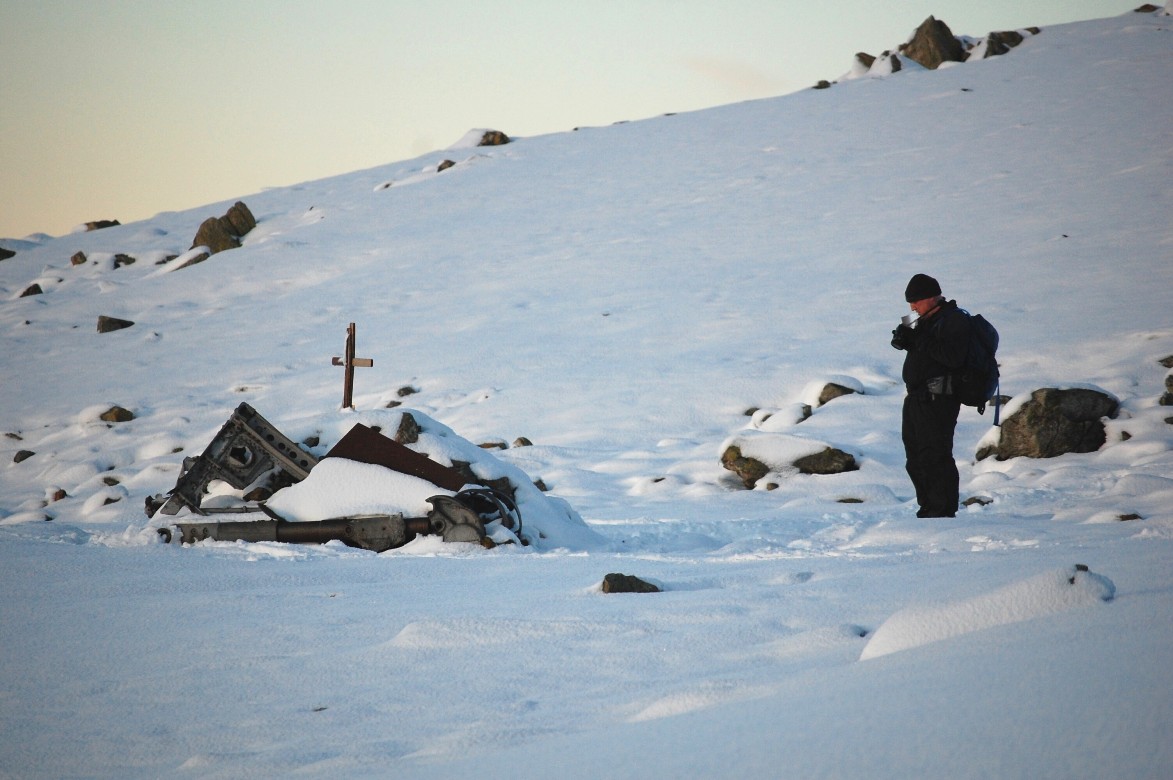 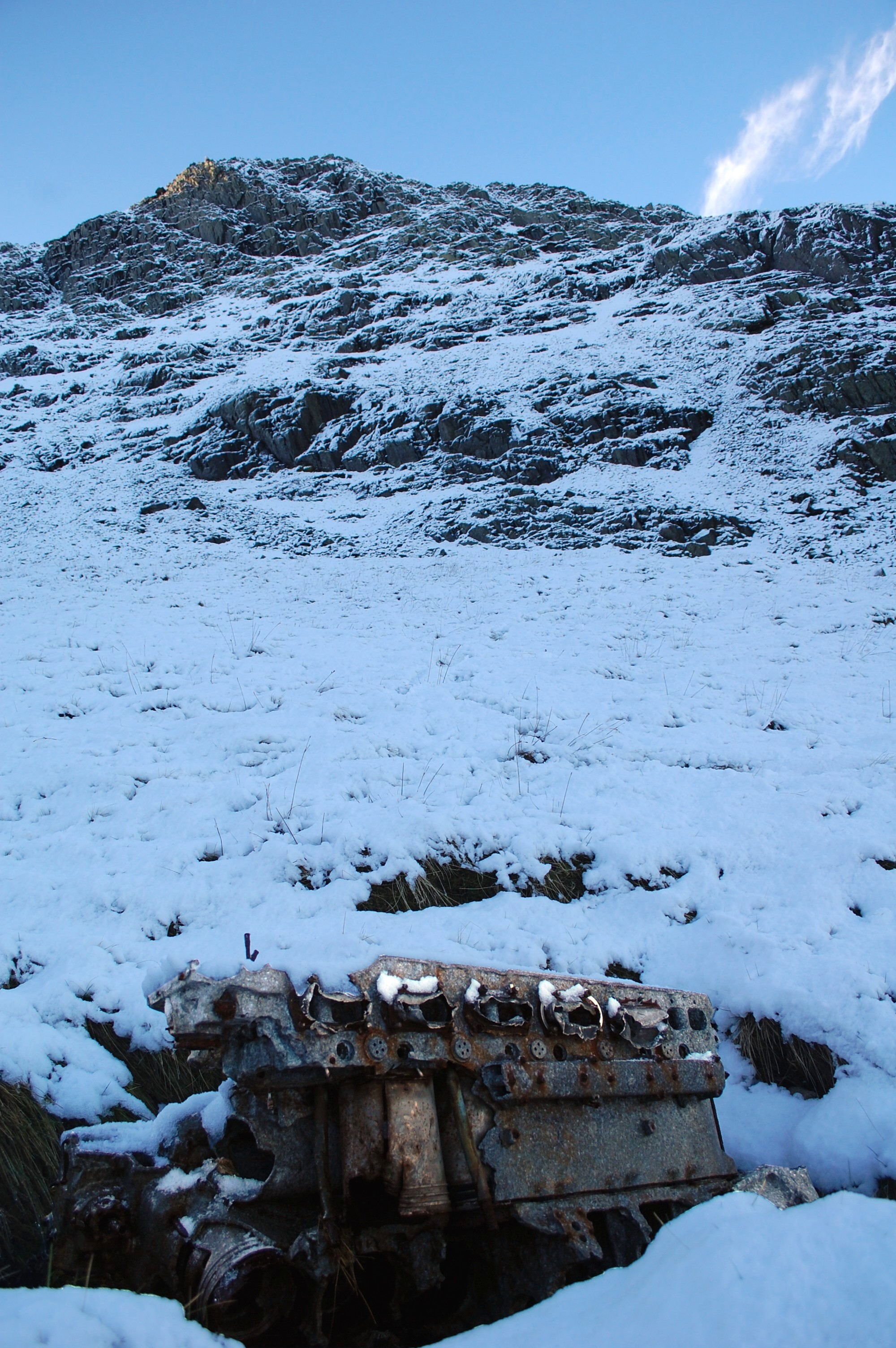 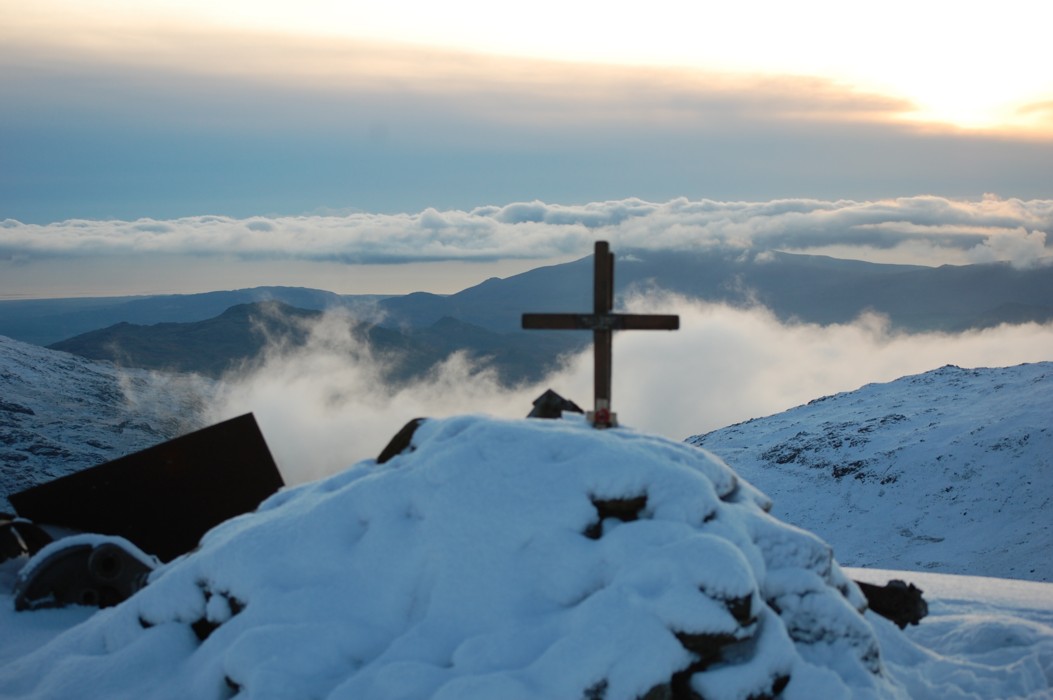 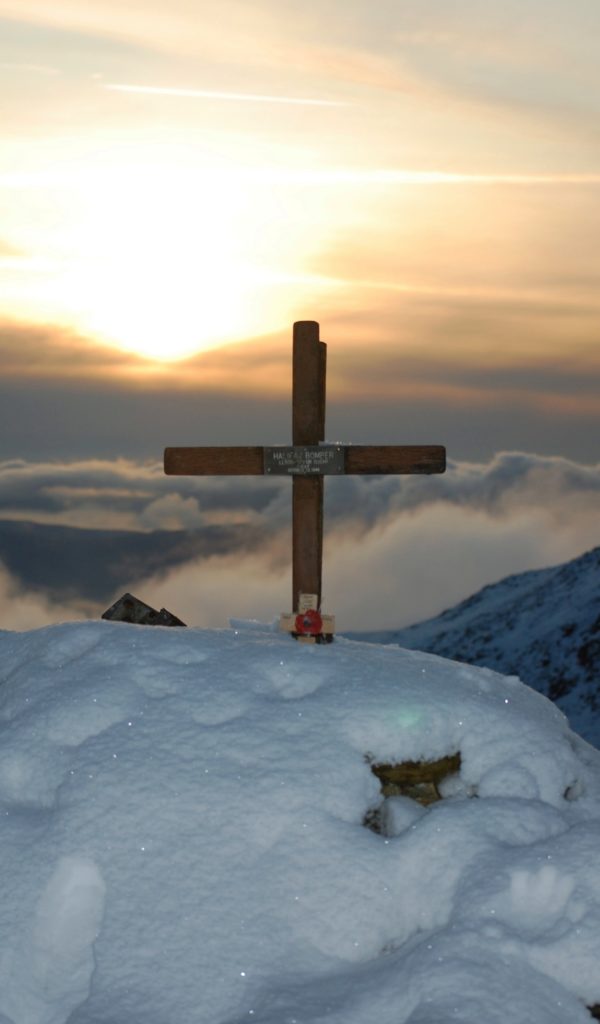