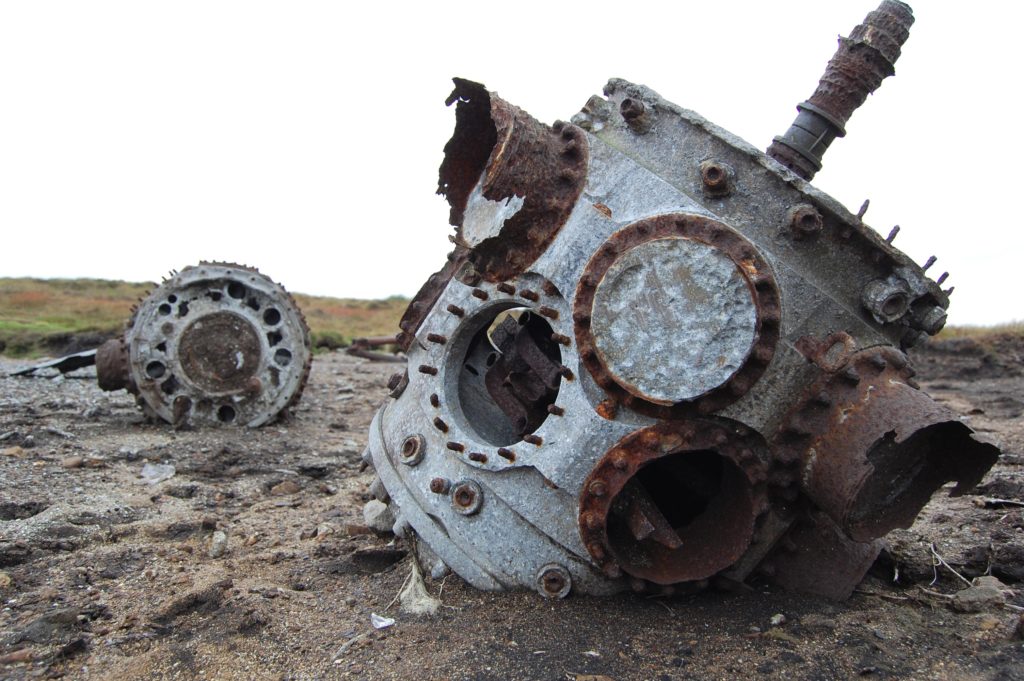 Crashed on Mill Hill, Derbyshire, England, after a shaky take off.
Sgt Najvar & 2 Lt Creighton Haopt of USAAF both survived the crash. 11 October 1944.
This was a brand new B24 on its delivery flight. Took 3 attempts to get off the ground and was damaged in the process. Flying through cloud, Sgt Najvar had apparently noticed the aircraft was close to the ground and advised the pilot to climb. The latter nodded as if he understood, but did not alter position and the aircraft flew into the hillside. Reports available vary from the two airmen walking away from the crash to Sgt Najvar waking up in hospital a few days later.