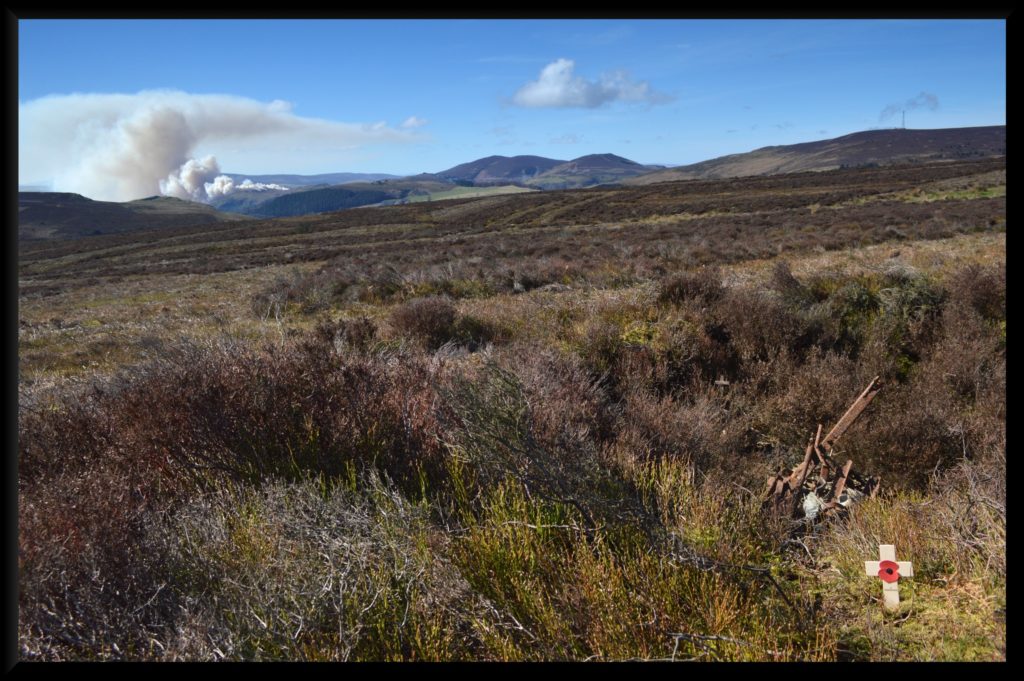 Beaufighter NE203 at World’s End looking towards the Horseshoe Pass

3 November 1943. Flight Sergeant John Shepherd RAFVR, a ferry pilot, was taking the brand new Beaufighter from the Bristol shadow factory at Western-super-Mare (it had just 45 minutes in the air prior to this flight) to RAF Kirkbride, west of Carlisle. RAF Kirkbride was used as a depot for new and repaired aircraft prior to them being sent to operational units.

Possibly the pilot was disoriented in low cloud when he crashed. Terence Hill (Final Descent, 1999, the main source of info here) says the Beaufighter dived vertically into the ground, totally destroying the aircraft and leaving little for the crash investigators to go off; the cause of the crash remains unknown. Flight Sergeant Shepherd’s orders were to remain in visual contact with the ground, though how he would do that with 8 to 10 tenths cloud at 1000 – 2000 feet and 10 tenths cloud at 600 – 1000 feet is also unknown.

The crash site is at SJ 23933 48268. Grid ref courtesy of Peak Wreck Hunters. The fragmentary remains are mostly pooled in the impact crater though there are other bits of debris in at least one other smaller pool nearby. 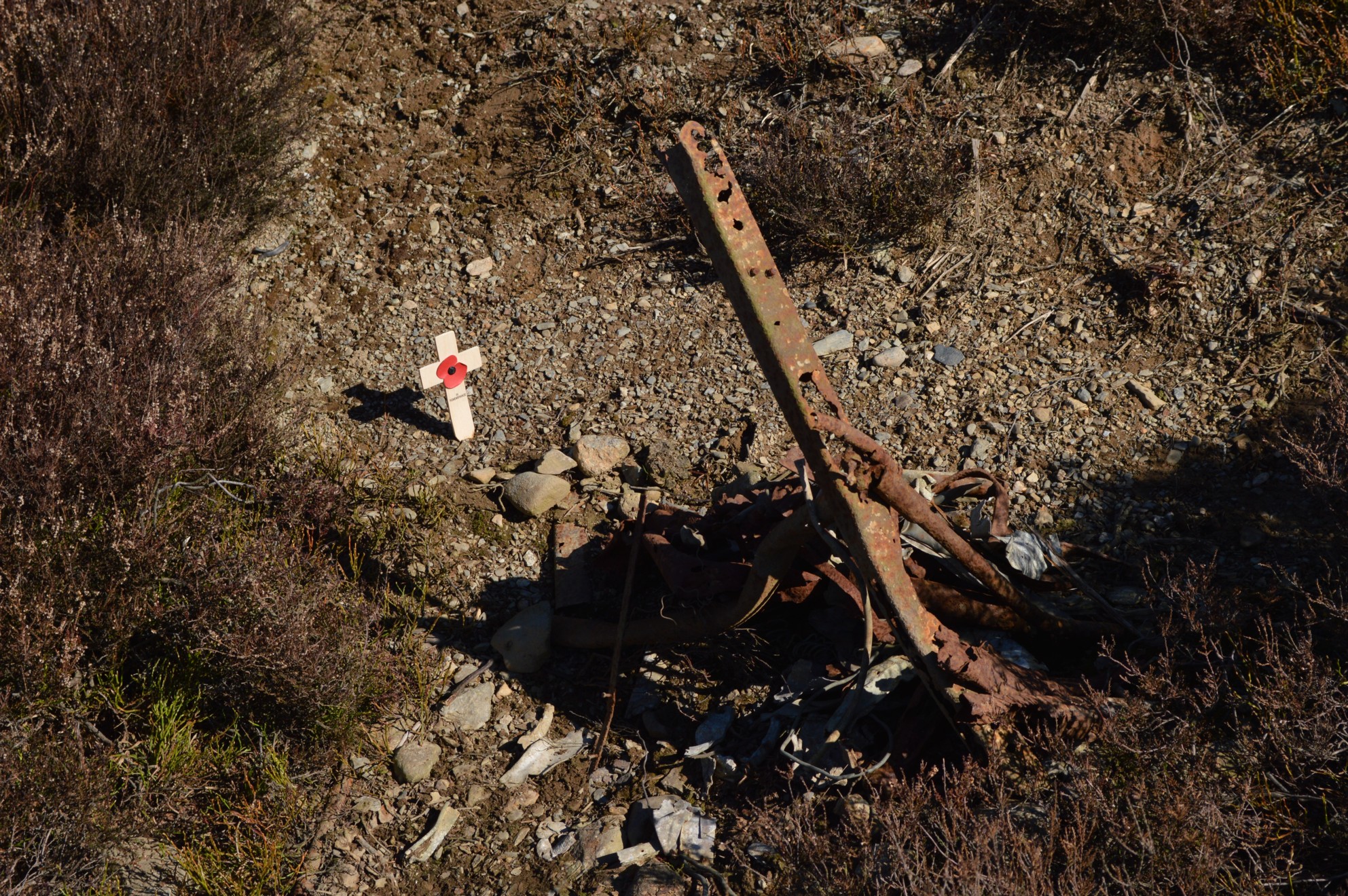 There are a number of crash sites on this high ground to the west and south west of Wrexham; Spitfire TE210, Miles Master N7442, Fulmar N4074, Hart K4931, and on the same day as Beaufighter NE203 and less than two miles away, Martinet HP227 crashed killing Polish pilot Flight Sergeant Wlodzmierz Jarosz.

Below; This is Beaufighter RD253 photographed at the RAF Museum in Hendon. It is the same type as NE203. 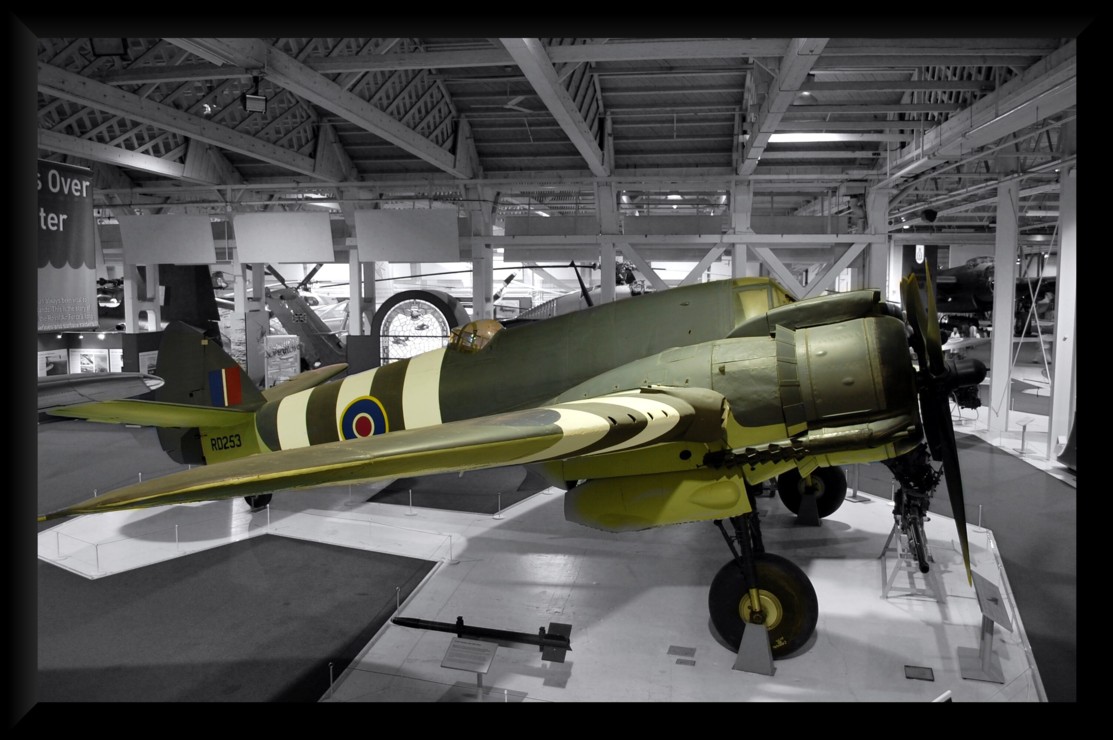