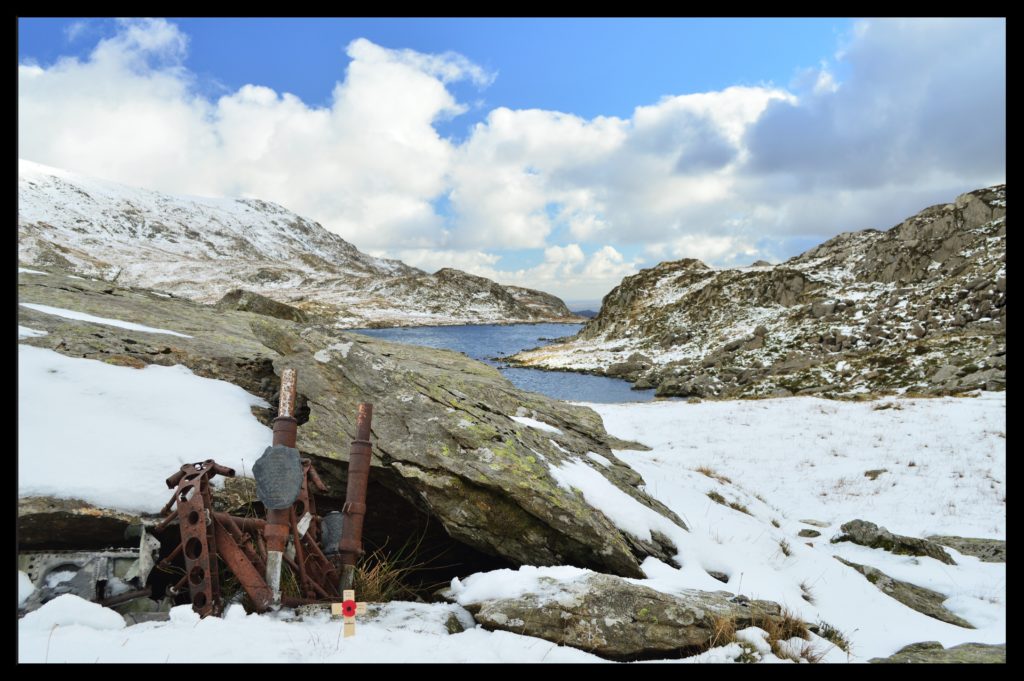 The crew – Canadian, Australian and British – had been tasked with a night navigational exercise from their base in the midlands, across the coast of north Wales and out to the Isle of Man and back. However, the aircraft had drifted off course and impacted near the summit of Pen Yr Ole Wen, with wreckage falling down the north face of the mountain. All crewmen on board were killed in the crash. 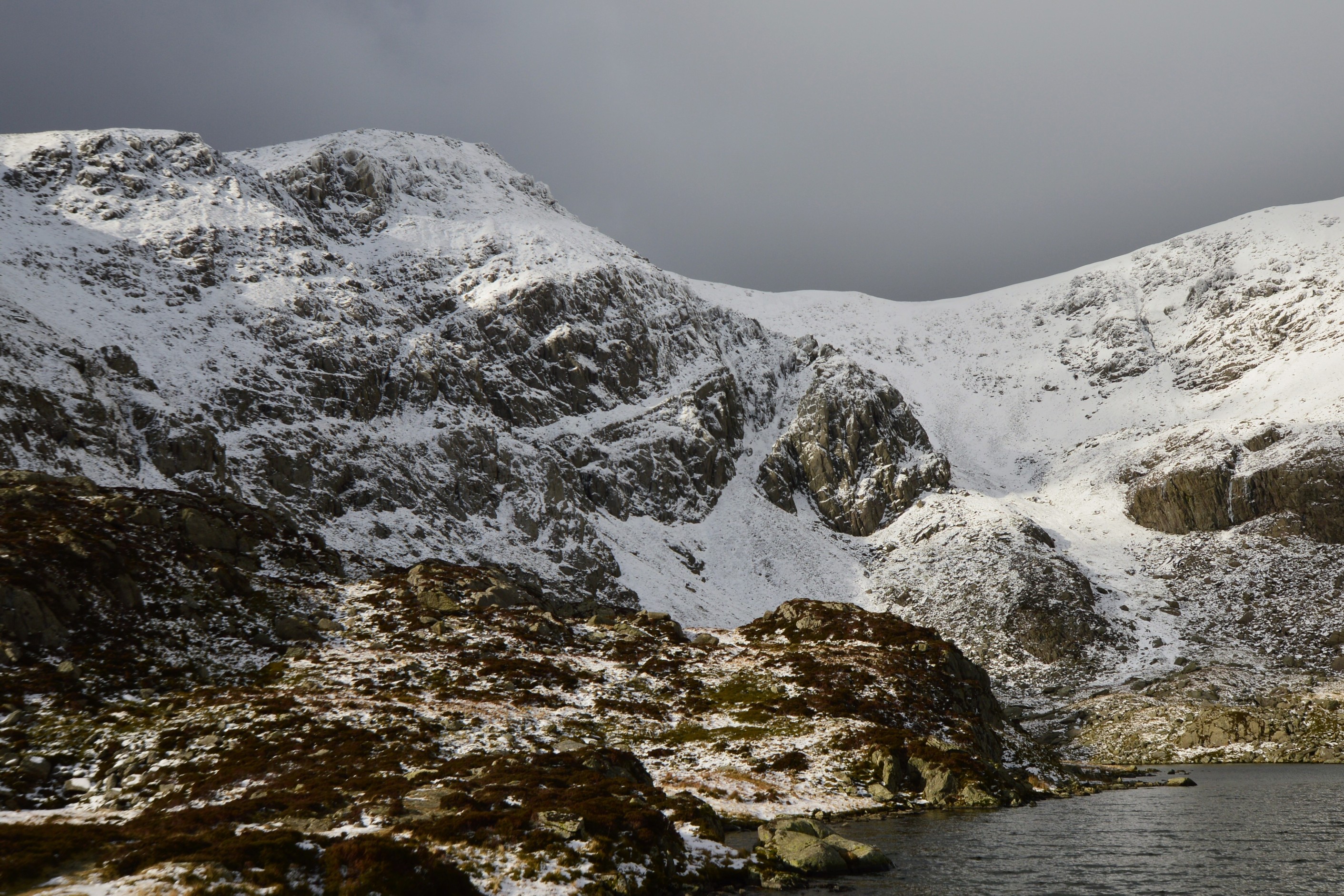 At the crash site some aluminium panels and bits of undercarriage remain. Grid ref; SH 66020 62110. Photo above is looking up to the north face of Pen Yr Ole Wen. The Anson crashed just below the summit.

Below; In May 2015, air cadets and staff from 165 (Castle Bromwich) Squadron laid this memorial stone at the crash site. It reads; “Presented by Warwickshire and Birmingham Wing May 2015 Air Training Corps” and lists the crew and has a picture of an Anson. 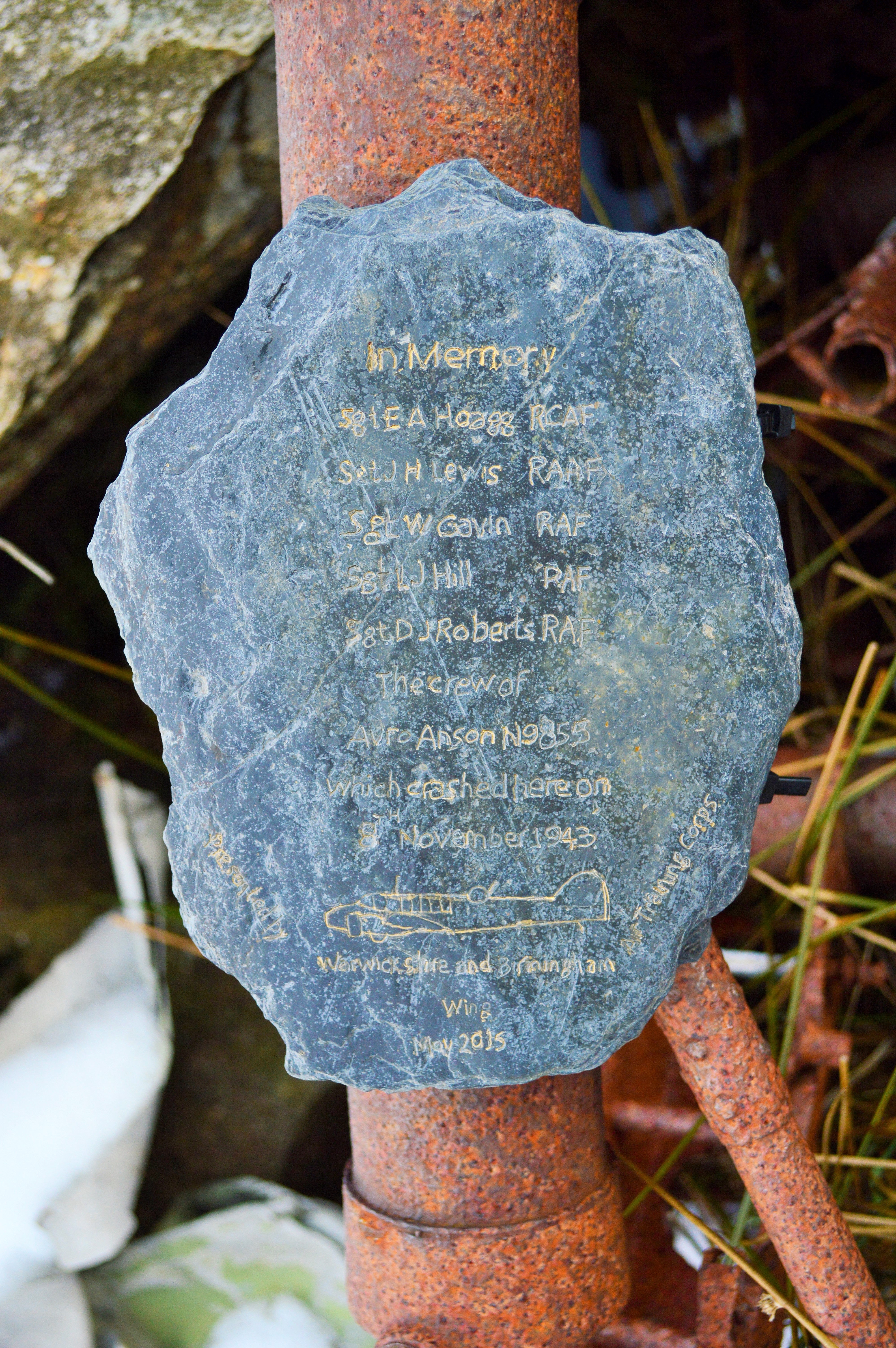