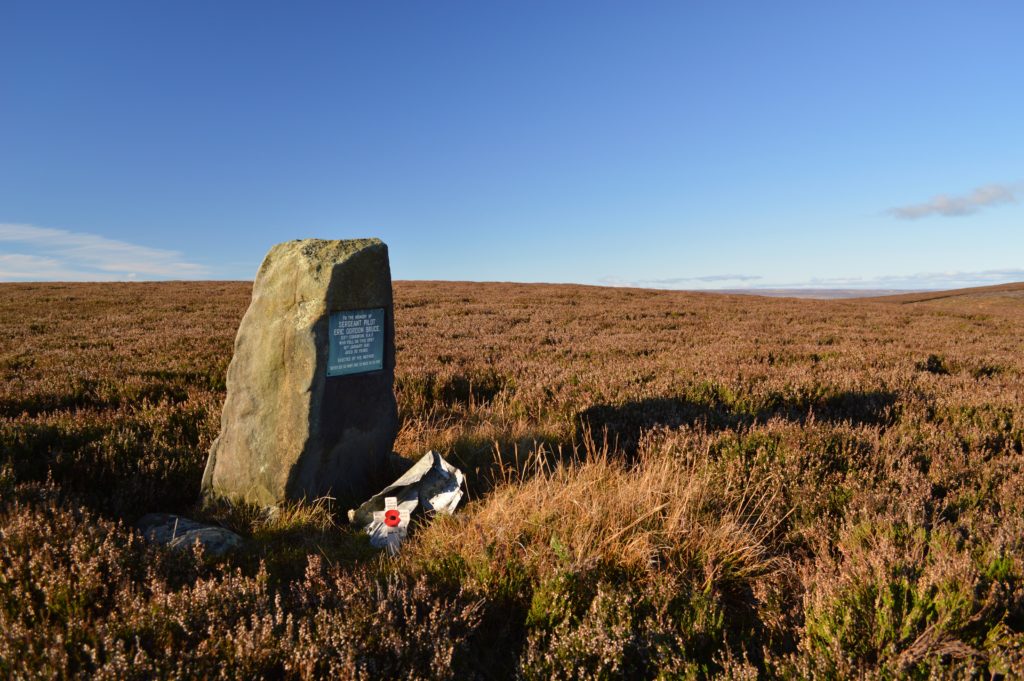 This memorial stone was erected by the mother of Hurricane pilot Sergeant Eric Gordon Bruce RAFVR, who died on this lonely expanse of grouse moor on 10 January 1941.

Flying in formation Sgt Bruce became separated from his leader in cloud. Possibly disoriented with the low cloud and snow covered moors below, Sgt Bruce was killed when his Hurricane crashed into the moor. The wreck and the body of Sgt Bruce were not discovered until January 22 1941.

One source says the Hurricane dived into the ground, Yorkshire Aircraft (source of most of the info about the crash) suggests Sgt Bruce was flying level at the time.

There is not much at the site, this fragment of metal left by the memorial was all I could see though I did find a jewel sized fragment of perspex.

Close up of the debris and poppy cross

Close up of the memorial plaque

Hurricane P3522 was veteran of the Battle of Britain and there are numerous images and photos of the aircraft online and in books. This image from Asisbiz shows P3522 having just downed a Bf109. 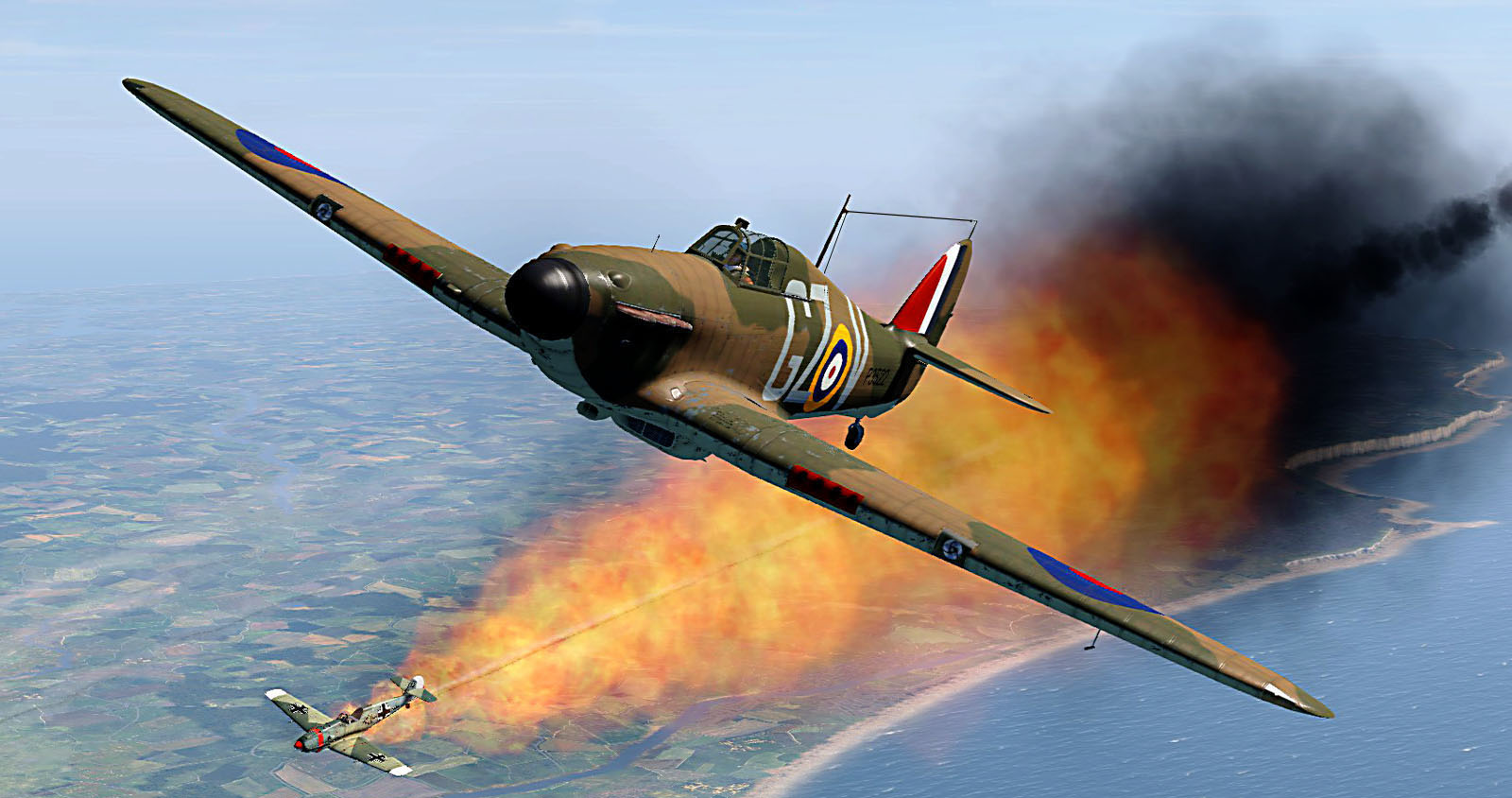