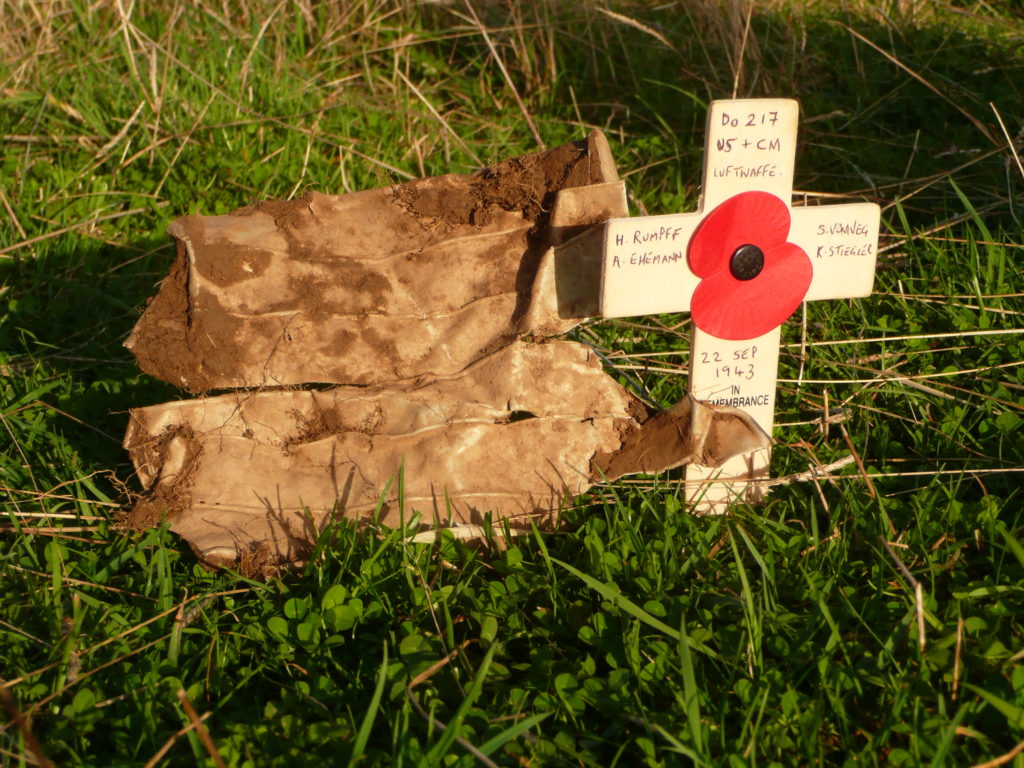 All crew were killed when the bomber, one of a force of 49 Do217s of Kampfgeschwader 2 intent on laying mines in the Humber estuary, crossed the Yorkshire coast and crashed in farmland at Out Newton at just after 1 o’clock on the morning of 22 September 1943.

Two British servicemen were also later killed when attempting to make safe the parachute mines the Dornier was carrying.

According to Bill Norman (in Broken Eagles – Luftwaffe Losses over Yorkshire 1939-1945) the bomber had been at an altitude of just 50 feet as it made landfall. The Dornier was picked up by two searchlights and was returning fire when it crashed into farmland at a shallow angle.

Below; This photo shows two Do217s of the same bomber group, KG2. Photo used with permission of Asisbiz 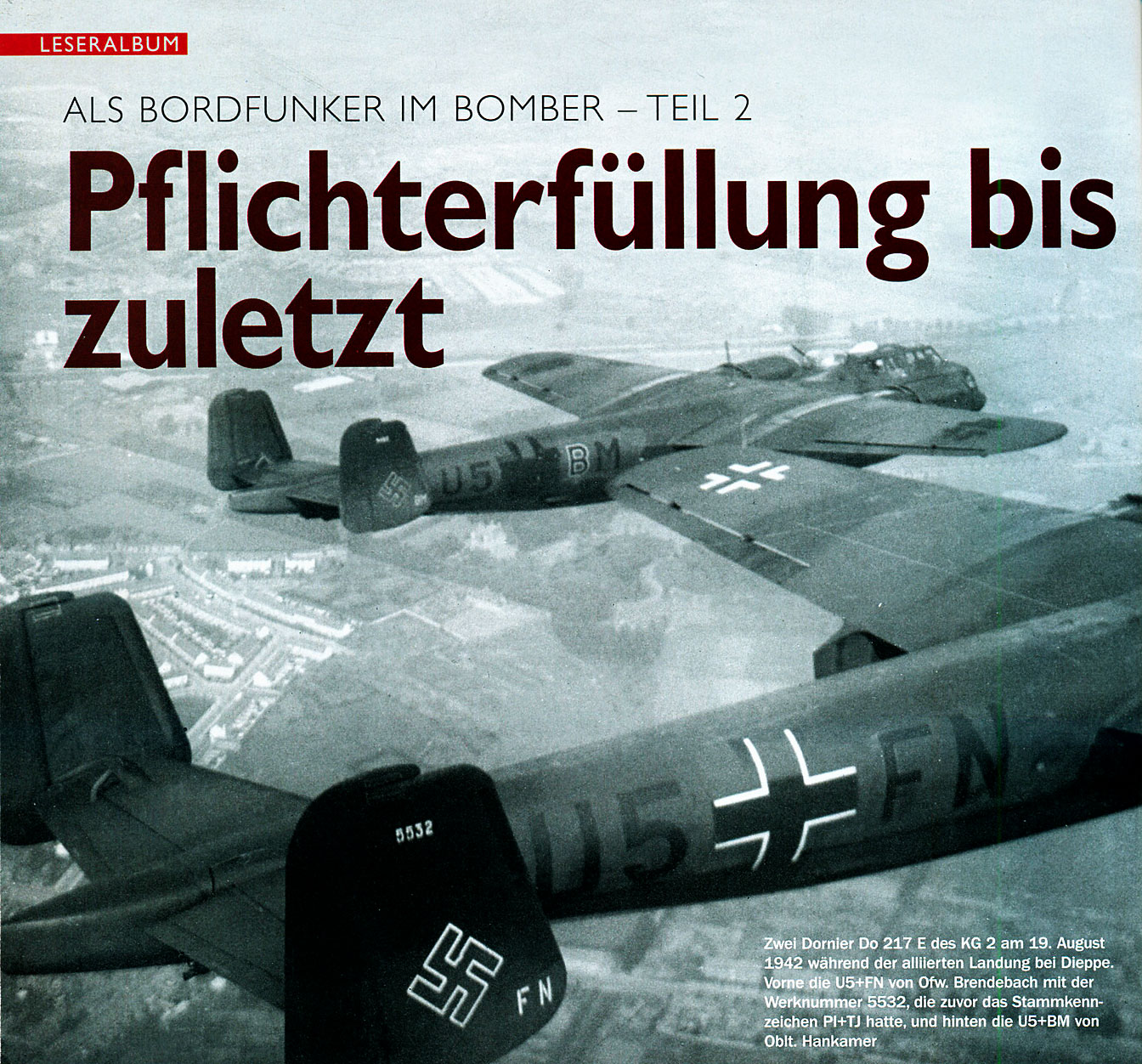 AS A RADIO OPERATOR ON BOARD THE BOMBER – PART 2
Duty to the last
Two Dornier D0 217 Es of KG2 on 19 August 1942 during the Allied landing in Dieppe. In the foreground is Ofw Brendebach’s U5 + FN with the number 5532, having previously been marked P1 + TJ, and behind is Oblt Hankamer’s U5 + BM