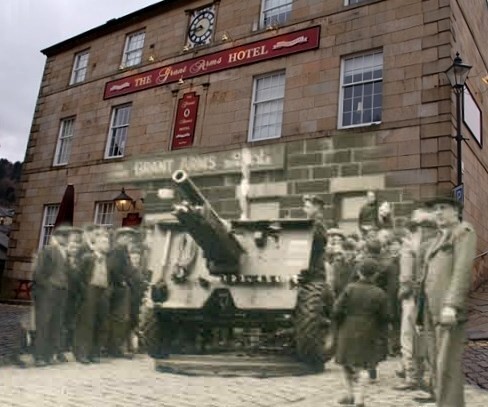 This composite doesn’t really stand up to close scrutiny – I have erased and cloned and generally buggered about with it just to get this bit lined up. I couldn’t get the same position as the photographer without having a wall and a tree in my view – Ramsbottom Market Place has changed a bit over the past 70 odd years. But the Grant Arms is still there.

The original photo showed a demonstration in Ramsbottom during War Weapons Week (April 26th – May 3rd 1941) of what was then a state of the art British 25 pounder field gun.

War Weapons Week was a means by which the selling of war bonds was promoted through marches, events, performances etc. Bonds would be sold to raise cash to buy armaments. The money was needed especially after so much equipment was lost at Dunkirk.

Different from simply putting money in a tin, war bonds meant that people buying them could save money and thus keep inflation down by not spending. When the war was over, they would get their money back which would be good for the economy when the country needed the population to start spending again. And of course people could feel they were doing their bit for the war effort while the government was able to build and buy weapons.

This advertisement is from The Bury Times of March 8 1941. Printed off from Bury Library but I have cleaned it up a fair bit.

‘The Shakers’ is the nickname of Bury Football Club. 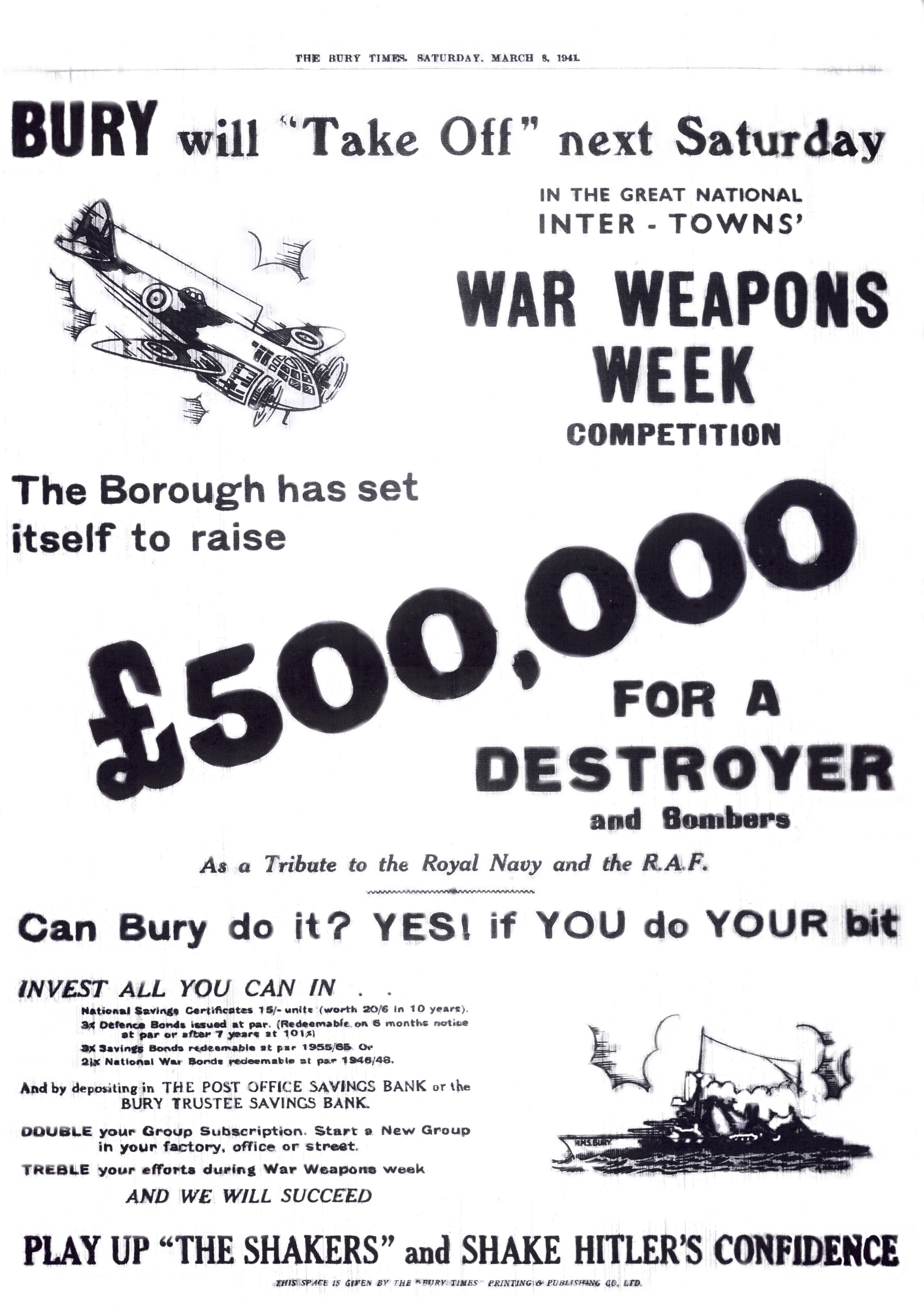