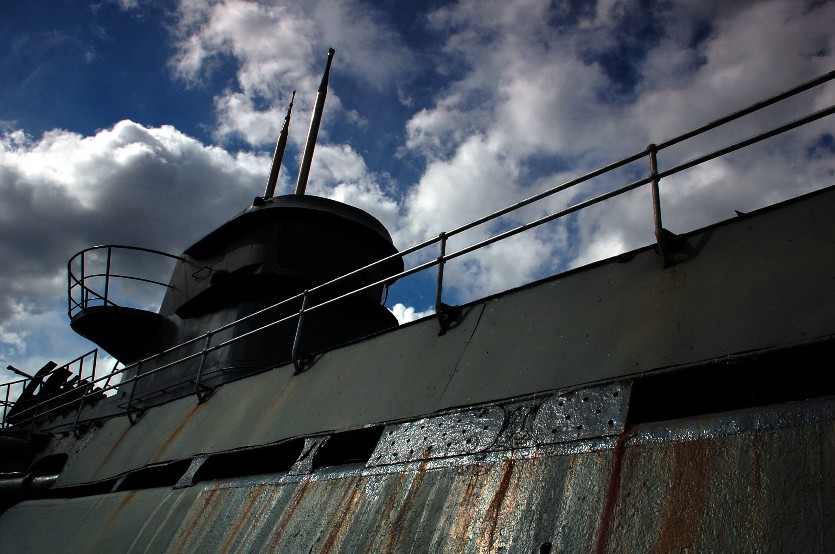 U-534 is a U-boat that was sunk by RAF Coastal Command B-24 Liberator KH347 on 5 May 1945, just days before the Allied Victory in Europe was declared. U-534 had already shot down one B-24 with the loss of all but one crew member, before KH347 dropped a depth charge on her.

The U-boat sank, but all on board managed to escape, though 3 died of exposure before they could be picked up.

After 48 years on the sea bed, U-534 was raised at great cost, cleaned up and put on display at Birkenhead. More recently, the U-boat acquired new owners who decided the best thing to do with this rare vessel – one of only 3 in the world – would be to chop her into pieces and display like cuts of meat in a butcher’s shop.

Those who defend the action say that the U-boat can now be viewed by disabled people or that the boat would otherwise still be on the sea bed. Others argue that it is the only way to show the interior of the vessel. I can’t help but feel, as with people recovering aircraft wreckage from hillsides, it would have been better left where it was until such time and funds were available to do something other than this.

As such the museum, which is by the Mersey Ferry terminal at Woodside, is the only way to get close to a U-boat in the UK. It is an interesting exhibition and I left feeling pleased I had visited a U-boat but sad that they did this to her.

From a photographer’s point of view, it can be a struggle to get an angle that doesn’t show the damage done.

Clip from the movie Das Boot of a U-boat surface attack on an Atlantic convoy at night. No subtitles but you won’t need ’em.

In the video clip from Das Boot above, the frame at 6 seconds in is taken from this position in the U-boat; note the dial on the left and the engines beyond. 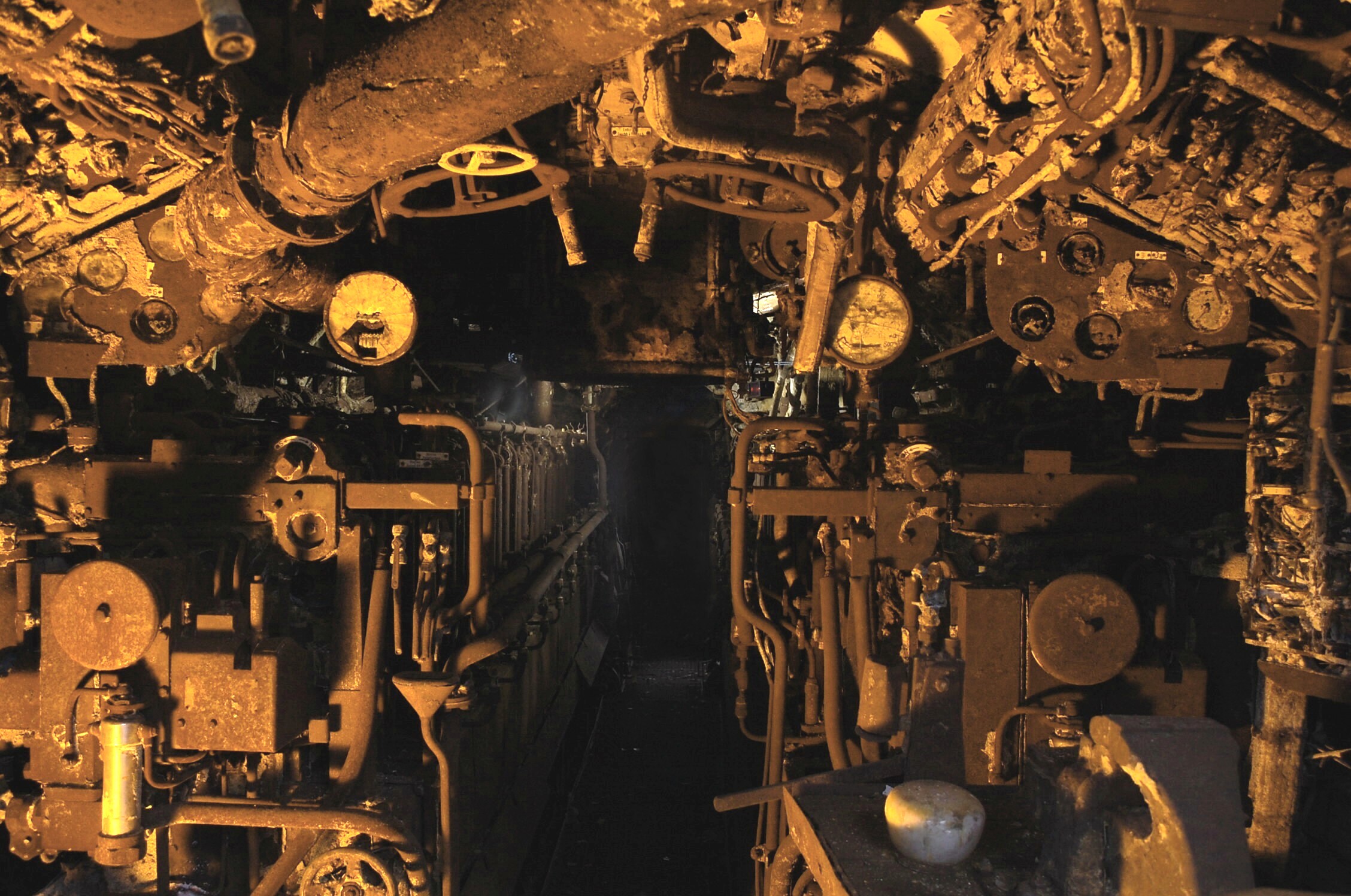 U-534 at Birkenhead before she was sliced into sections. 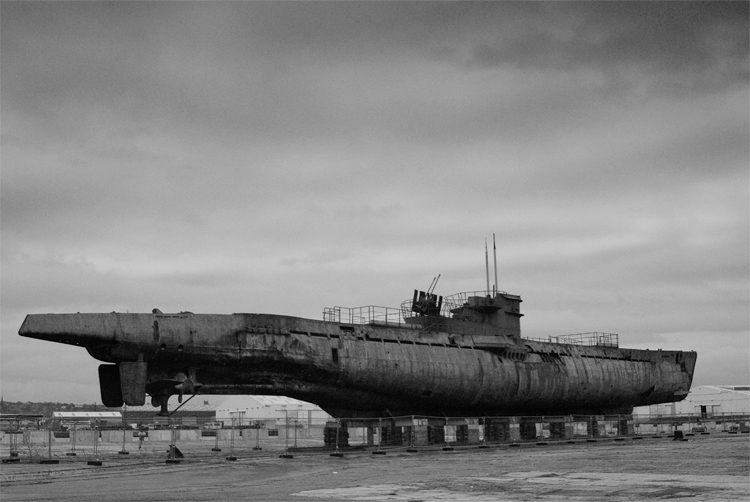