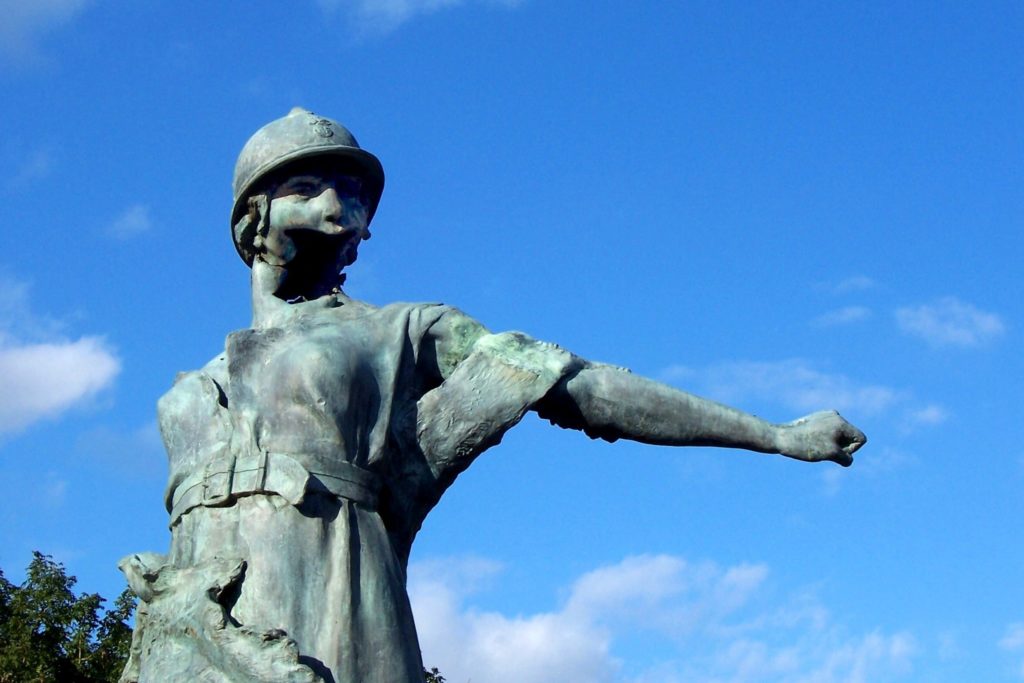 On D-Day (June 6th 1944) the memorial was damaged, possibly by shells from the 14 inch guns of USS Texas.

The locals later re-erected the fallen statue but did not repair her as a further memorial to the tragedy of war.

Trévières was liberated by US infantry after a tough 2 day battle with the defending German infantry, 9th/10th June 1944.

Photo taken after the Battle for Trévières. The body of the dead German infantryman lies in what is now a car park. The Military Police are in front of buildings which still stand (see Google street view below). 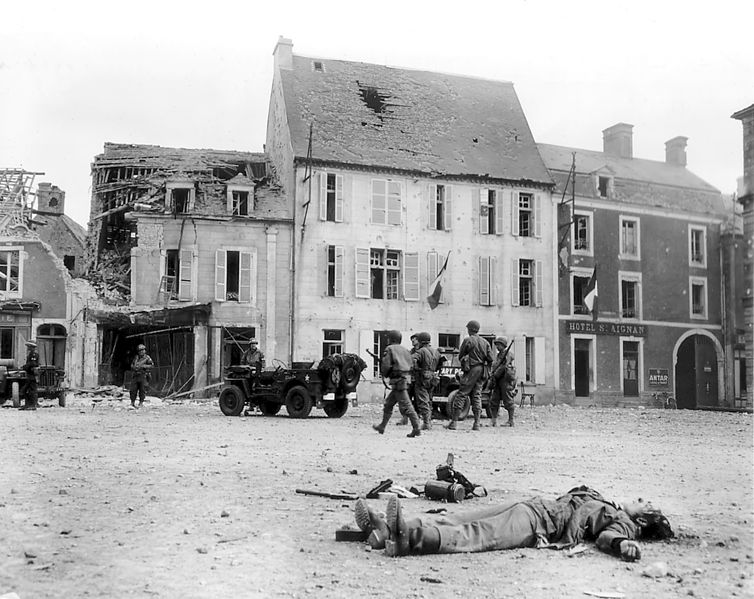 Google street view. Because the Google camera car did not actually go into the car park this is about the best angle I could find. Over to the left is Church of St. Aignan, on the other side of which is the damaged memorial pictured above. Street view will open in new tab

This aerial view shows the same place. From the repairs and material covering the roof tops, this appears to have been taken some time later. The Church of St. Aignan, with its damaged spire, is top right, while the buildings in the first photo are along the right side of the triangle. 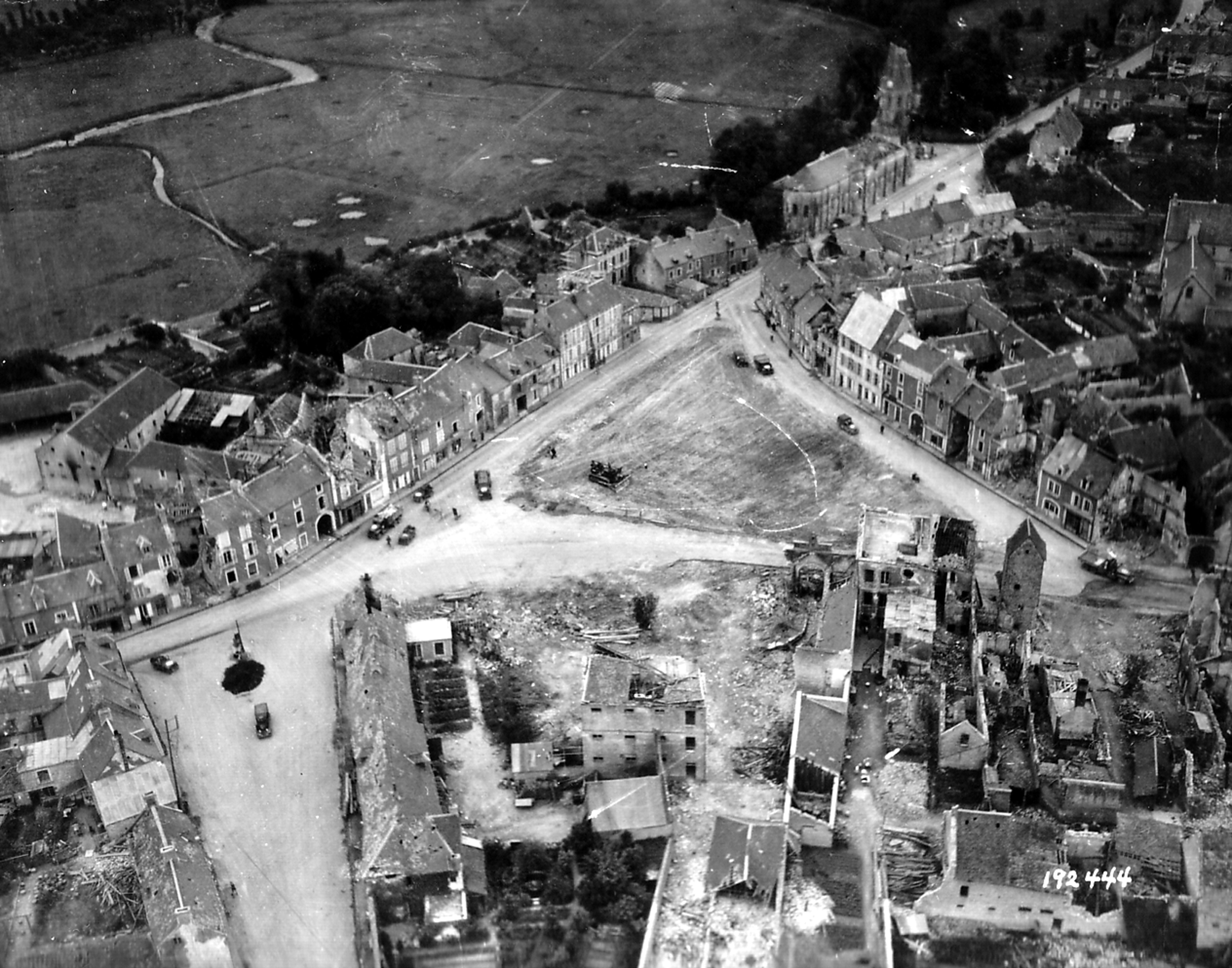 Wikipedia Commons photo sources. Click on either to view the images at a larger size
Image opens in new tab