An Italian Hero in Lancashire. 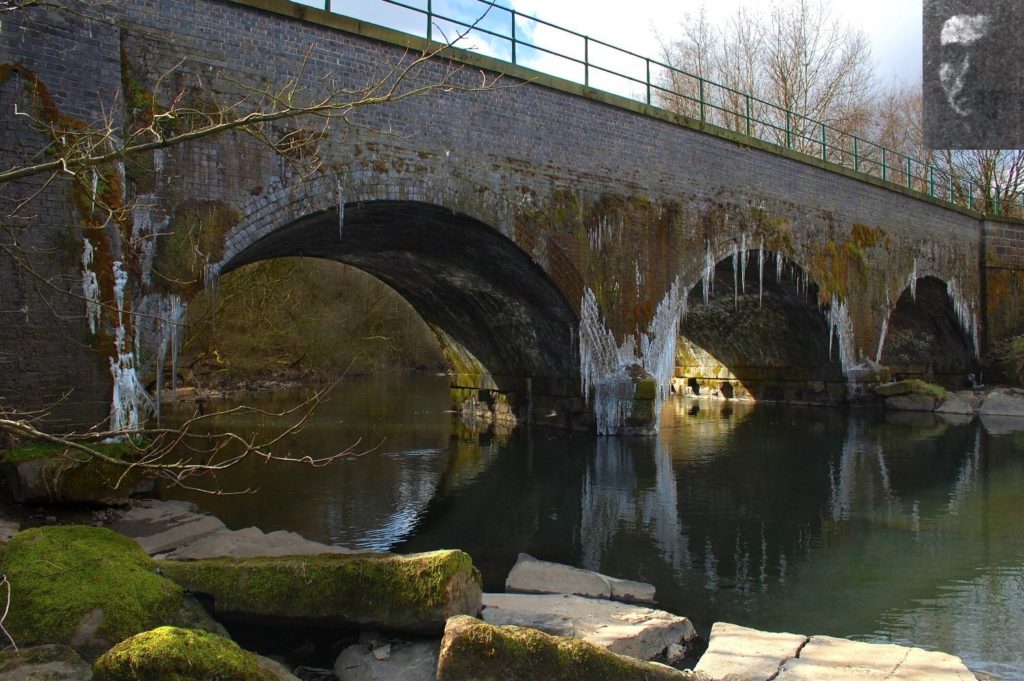 An Italian Hero in Lancashire

The photo above shows the place where the girls in this story fell into the River Irwell at Burrs in the north of Bury.

The ghostly face top right is the only image I could find of Santo Verde, the hero of this story. It is from the Bury Times of April 25 1945 which ran with the headline

It is a remarkable story – a POW who was chatting with a local man heard a young girl scream. He saw her and her sister being swept down the River Irwell so he dived in and saved one of them, sacrificing his own life. The public response was as touching as his heroism.

19 April 1945. Santo Verde was aged 27 and a prisoner stationed at Burrs Hostel and working at the Star Bleach Works (the whole area is now Burrs Country Park). In peacetime Santo was a farmer from Sant’ Antimo near Naples. He had been captured in Libya.

They were paddling in the water beneath the arches where it wasn’t so deep but Catherine and Betty slipped and were swept downstream.

Hearing their screams Mr Albert Poxton of Stock Street, Bury dived in and, struggling against the current, managed to rescue Catherine. She clung to his back as he swam to a less deep part of the river, whereupon he collapsed and they were pulled out of the water.

Santo also dived in with his pals trying to help too. Santo pushed 5 year old Betty to an island in the river. But as Cpl Major Pasquale Marocco helped the girl, Santo got into difficulties. He “flung up his hands and came up two or three times then disappeared”.

He drowned in 15 feet of water, the current being too strong for his other comrades as they also tried to help him. They were;

Below; Photo taken by local historian Mark Fletcher and used with kind permission.
Mark writes, “I took this from the viaduct,” (see lead photo) “just as the old bridge was about to be demolished. Santo died in the pool which is through the right-hand arch. Beyond the bridge is the temporary Bailey bridge, put up by Territorial Engineers from Salford, over a single weekend – very impressive to watch.” 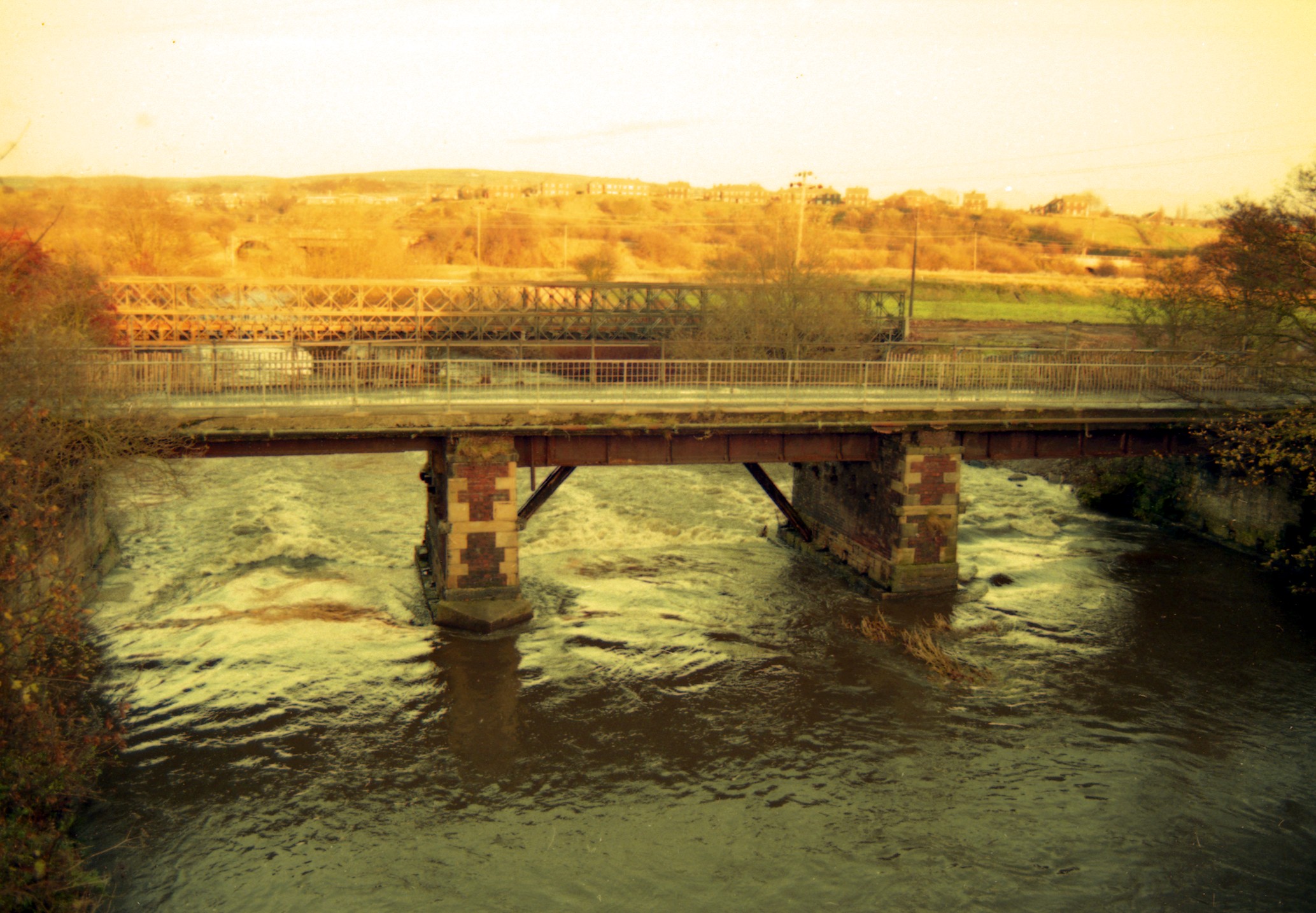 At the inquest Coroner Col R M Barlow questioned the wisdom of the girls’ mother letting those 3 young children play out by the river. Mrs Louisa Goodwin said that she had 6 kids one of whom was a baby and she wasn’t able to look after them all. Colonel Barlow asked if she couldn’t have found help or clubbed together with other mums. He said that he is “constantly sitting in this court hearing of deaths yet we go on allowing people to be in the position of this mother.” Where damage from enemy activity is concerned, he said, we all come together, and go to a lot of trouble, so why does the same community spirit not extend to providing care for dependents? The coroner ensured the heroism of Santo Verde and the others in this story was recognised by the Royal Humane Society and there was some financial reward for the men too.

“The name of Santo Verde will long be remembered in the tiny Bury village of Burrs” the paper reported. The girls family wrote a letter to Verde’s mother “waiting in a small town (near) Naples for the return of her soldier son.”

Villagers promised to tend the grave and keep fresh flowers on it.

The Bury Times reported that more than 150 people attended the funeral. The Italian flag draped Santo Verde’s coffin which was carried by 6 of his comrades. He was buried at Gigg Lane cemetery next to another Italian soldier.

Both bodies apparently were exhumed in 1958 and transferred to the Italian Military Cemetery at Brookwood in Surrey.

EDIT 7 MAY 2014. Comment posted below which is better placed in this main text;

“I am the son of Giuseppe Sodano who was a friend and fellow soldier of poor Santo at that time. My dad had told me of the events that took place on that day, and how they all tried to save the child. They saw that Santo was struggling, my dad said that at one point he reached him and had a hold of Santo’s hair to pull him up but, was pulled by the force of the water and he then lost his hold. It was such a sad story of these young men who had fought in north Africa, at Tobruk and El Alamane.They were just lads from local villages in Campania, Naples draughted in to the army, so they would have witnessed some horrible scenes throughout that time in their lives. But their morality never changed even though they were in an alien country and basically prisoners. I think it right that they were commended for the actions on that day and we are proud of our father and his comrades to show this example to us all.”

Below; The only part of the mill at which Santo Verde and his comrades worked still remaining today is the mill chimney. Photographed from the aquaduct above the spot where the Goodwin sisters slipped and fell into the river. 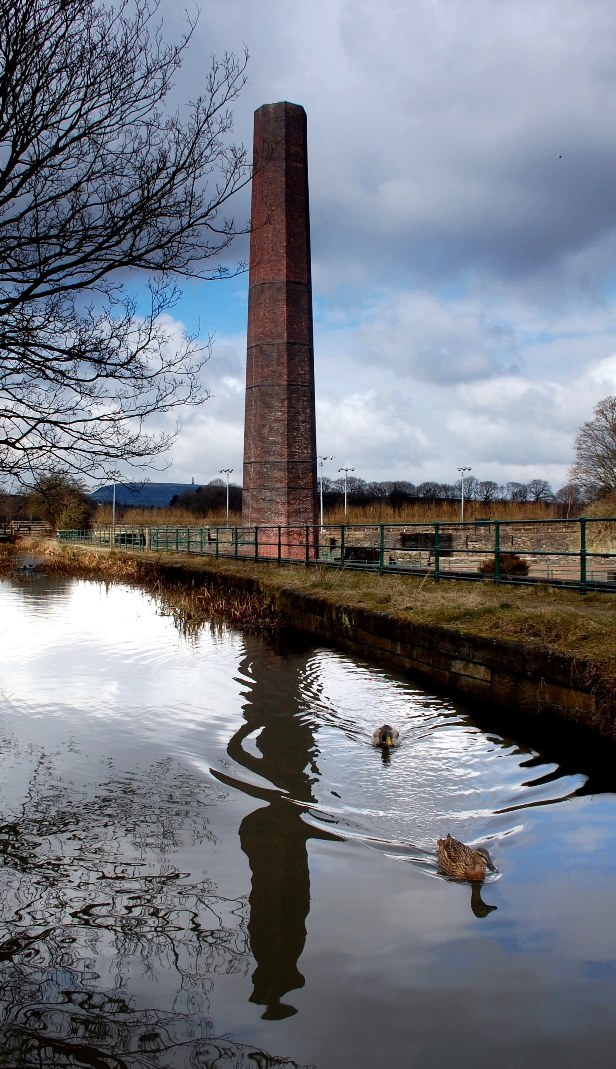 Below; Photo of the mill, courtesy of Mark Fletcher 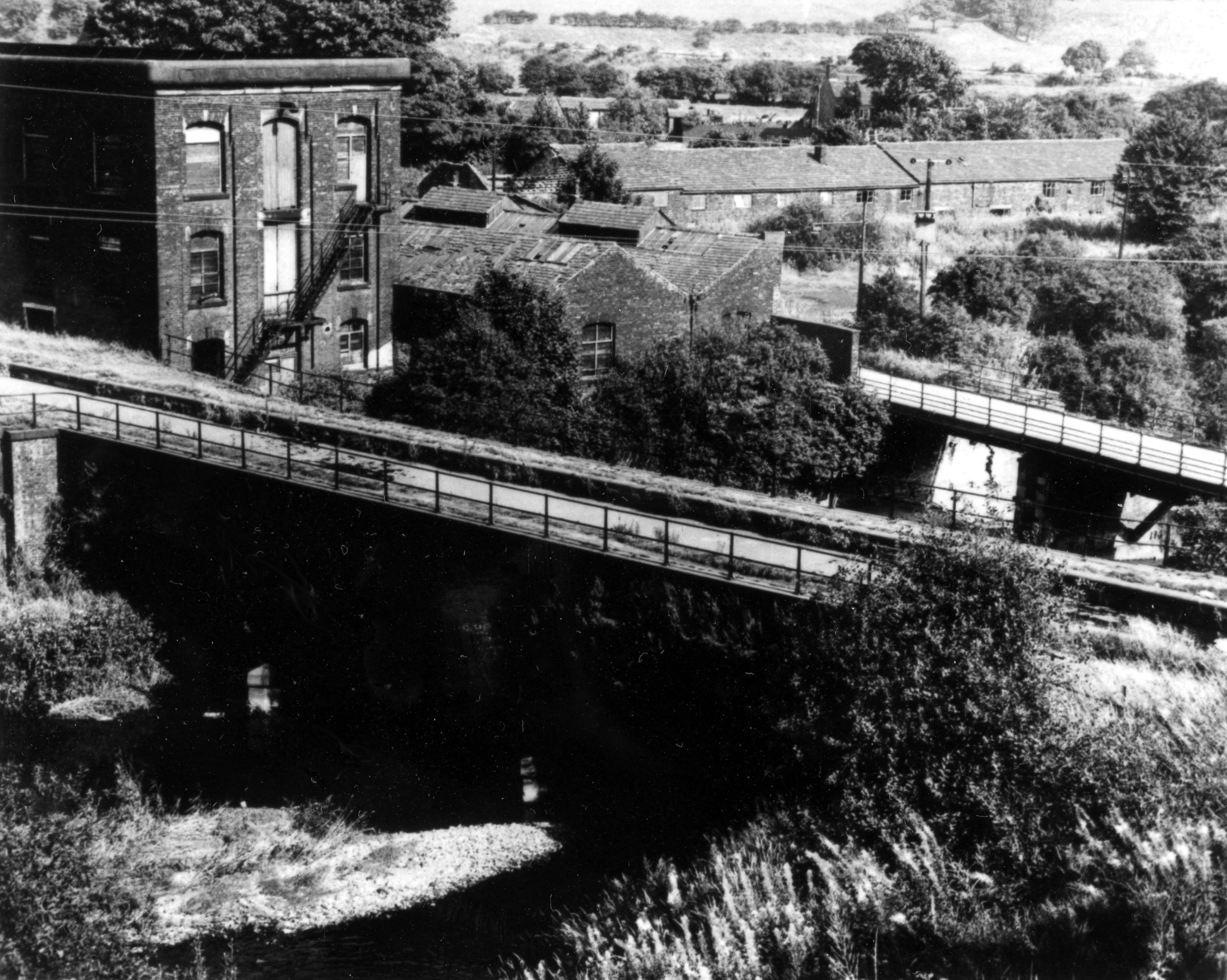 Note; there’s not much on the internet about this story but there is a recent comment on the Lancashire Fusliers Message Board providing some info but credit should be given to the publication below from which it has been copied.

49 comments on “An Italian Hero in Lancashire.”

1 Pings/Trackbacks for "An Italian Hero in Lancashire."