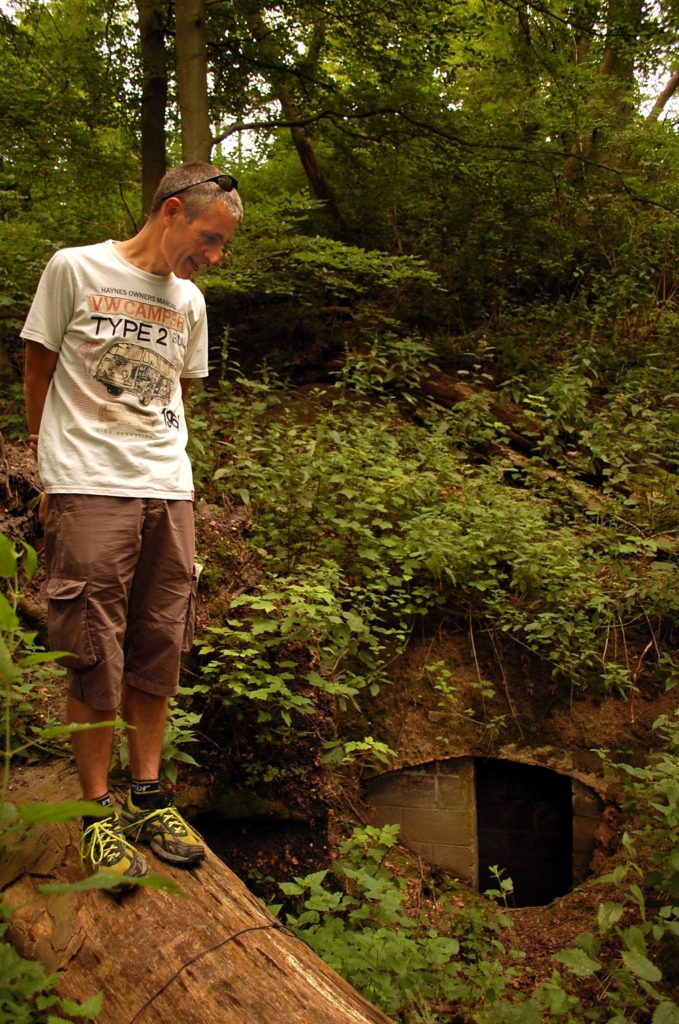 Last summer Al showed me round some curious historical places in Lincolnshire including the little known remains of an Operational Base of the British Resistance dating from 1941.

This view shows him on a fallen tree which lies across what was probably the collapsed ammunition store. The breeze-block built hole beyond is the entrance to the emergency exit tunnel.

The Auxilliary Units were created after the fall of France when it was expected that Hitler would invade Britain. The units were made up of soldiers and civilians (farmers, poachers etc, people who knew the land) and they were trained in guerrilla warfare.

Members of a unit, say half a dozen men, would not know the identities of other units and they would’ve had a very short life expectancy, maybe two weeks.

They were to use hideouts like this which were well hidden, and then carry out sabotage attacks from behind enemy lines. It is certain, going off the behaviour of the Nazis elsewhere, that such activities would have seen the populations of entire British villages murdered in revenge for partisan attacks.

This website has all you could want to know about the British Resistance, and this particular page has a cutaway diagram of a typical OB.

40 comments on “British Resistance base”