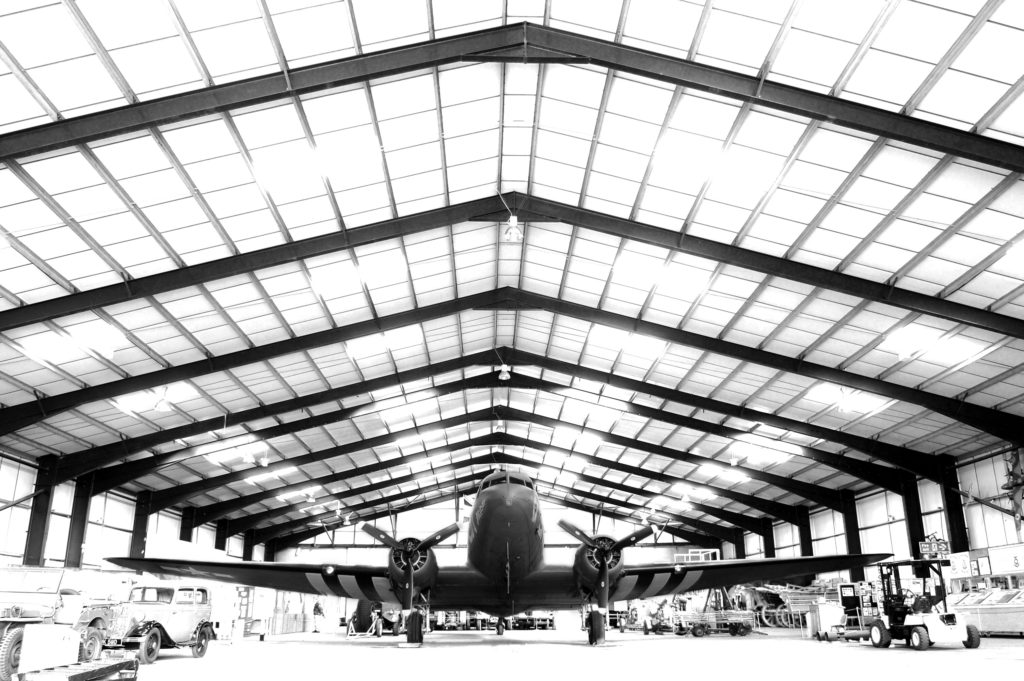 Assigned to the 87th Troop Carrier Squadron at Greenham Common which provided the lead squadrons on D-Day transporting the 502nd Parachute Infantry Regiment and 101st Airborne Division, to their Normandy drop zone near Carentan.

Drag ’em oot did not drop paratroopers on the day, its role was to tow gliders. On the evening of 6th June the unit took part in Operation ELMIRA, the glider borne elements of the 82nd Airborne Division being released at a landing zone near Sainte-Mere-Eglise.

Although many of the gliders were damaged beyond repair on the day some could be recovered for further use. Some of the C-47s – among which Drag ’em oot was one – were fitted with pick up gear to snatch the stranded gliders.

The snatch gear winch was located in the forward fuselage with an arrestor hook fitted beneath the fuselage in the general area of the cargo door.

The glider recovery sorties continued during July and August and almost certainly carried on into September despite the aircraft’s transfer to the RAF as Dakota III TS422.

During Operation MARKET GARDEN, the Arnhem landings in September 1944, Drag ’em oot sustained battle damage. The aircraft was attacked with ground fire and by Luftwaffe fighter aircraft with around 40 bullet strikes counted in total.

Drag â€˜em oot was transferred to 435 (RCAF) Squadron in August 1945 and then to Canada in April 1946. 42-100882 was retired from military service in 1966 and reclassified as a Douglas DC3-C, with Canadian civilian registration CF-KAZ (later C-FKAZ) until 1985. During this period the aircraft operated as a passenger airliner and commercial freighter.

In 1985 the aircraft was sold and stored in Texas until 1995 then operating in the USA until 2002. Following restoration a 5500 mile transit via Greenland and Iceland was undertaken in May 2005 and on to a new home at East Kirkby in late 2008 and is still flying today.