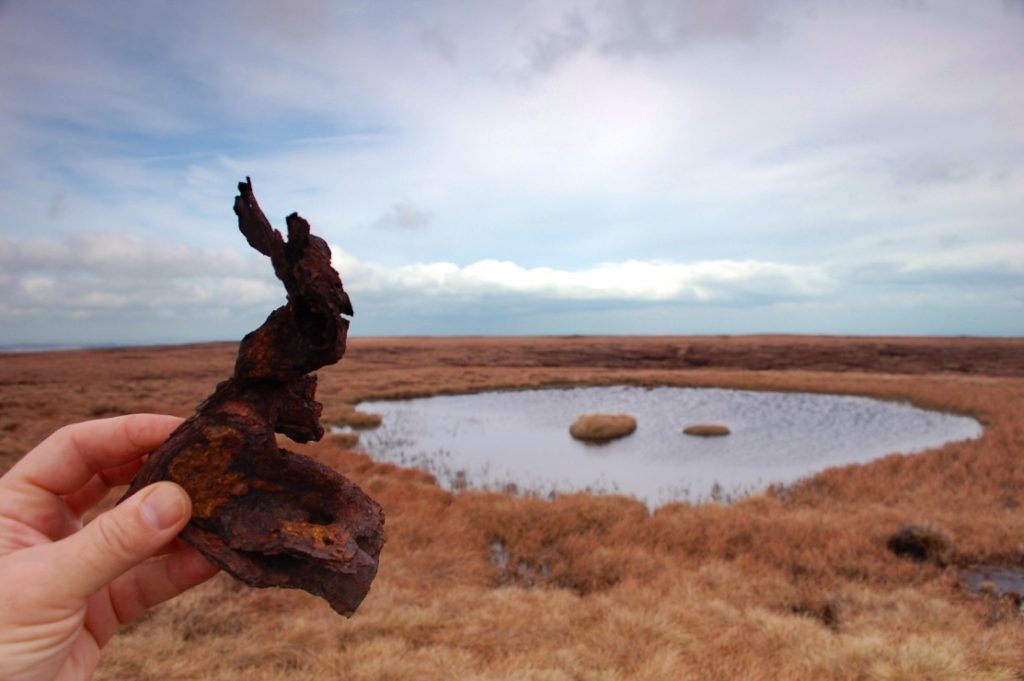 V1 Flying Bomb fragment and crater and Parachute Mine fragments.

Of the V1 Doodlebugs directed at Manchester on Christmas Eve 1944, one fell on Howden Moor about 5 miles west of Stocksbridge. It was Christmas Day before anyone got to the site. Apparently those first at the scene found white deposits around a crater that still had fumes rising from it.

Above; A fragment of the V1 bomb found at the edge of the crater.

Below. For a long time this nearby and similar looking spot was thought to be the V1 site, and someone has recently left a sign there saying that’s what it is. In fact this is a different bomb site, it is where a parachute mine came down and these grey fragments are from the bomb’s fins. 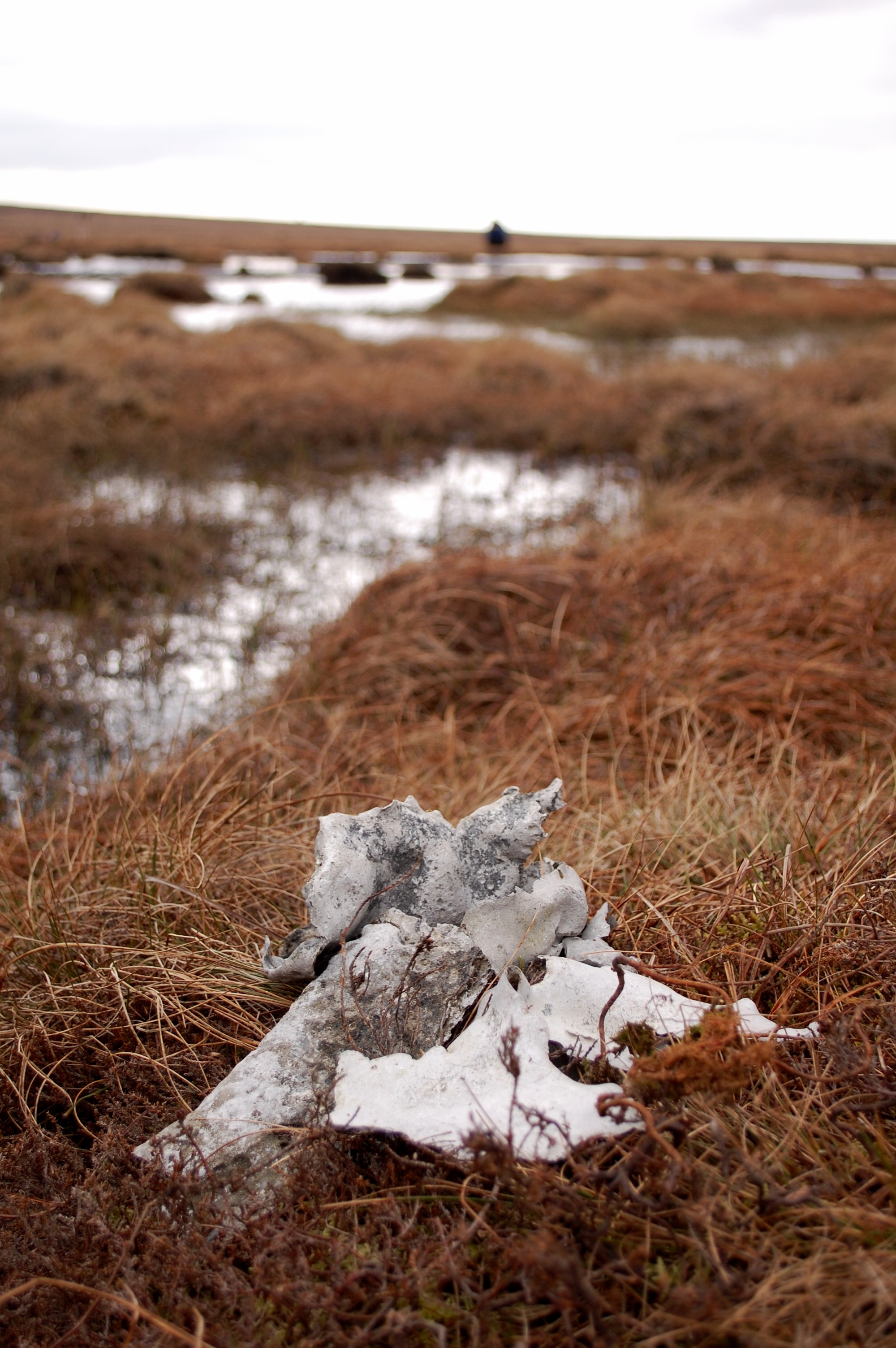 See this thread on Peak Wreck Hunters for more on how people can tell one rusting scrap of metal from another after 65 years.
peakwreckhunters.blogspot.com/2009/04/fi-103-v-1-cruise-m…

Photo on Terry Foote’s stream taken in Antwerp of a V1 about to impact. You have to admire the (American) photographer’s commitment to getting a great shot!