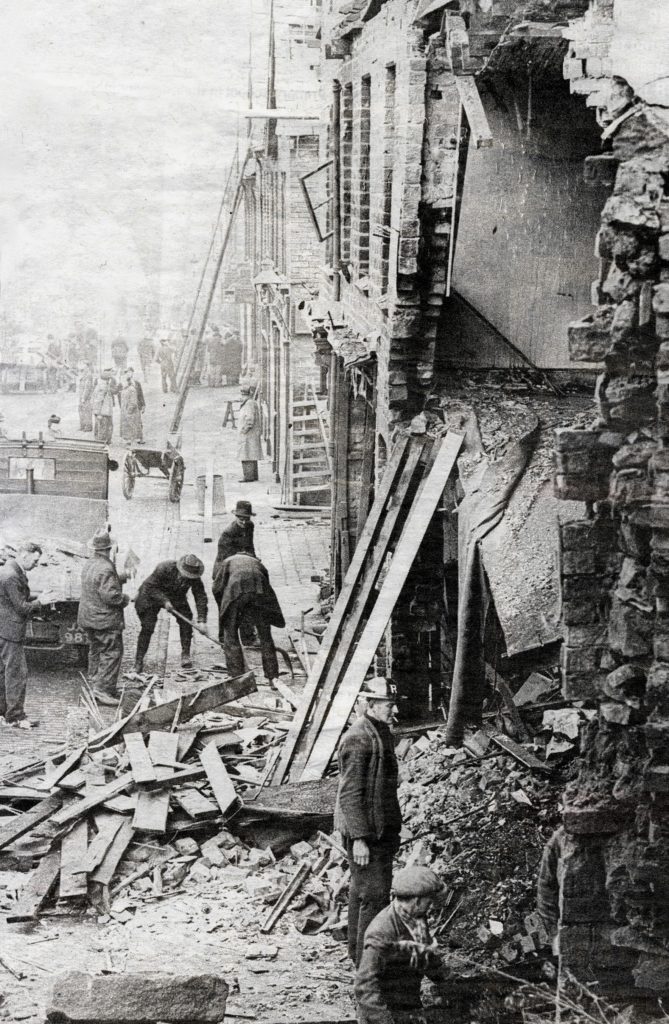 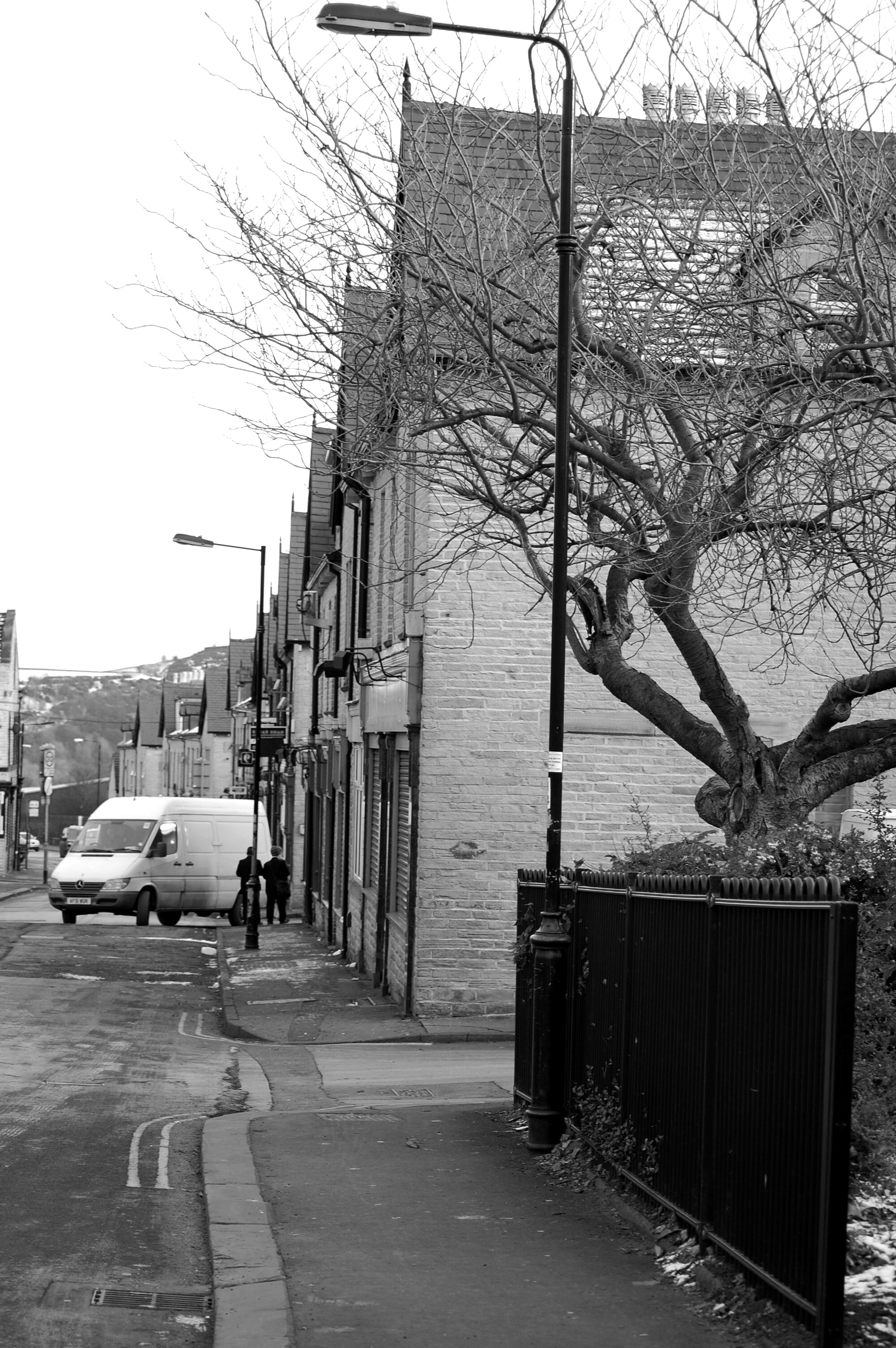 Friday, 22 November 1940. Just over a week after the devastating Luftwaffe attack on Coventry which left thousands dead or injured and homeless, a lone bomber dropped a 100kg bomb on houses in Hanson Lane in Pellon, Halifax, killing 11 civilians and injuring a further 10 people. The bomb hit the pavement in front of number 77.

The bomb fell at just before 9pm. The randomness of the deaths is still shocking even after 70 years; 3 of the dead were customers having a pint in a pub, while 16 year old Eric Pearson was killed as he waited for a bus. Today there is a ‘memorial garden’ at the site, but there is nothing stating what happened there or to explain what the garden is a memorial to.

There’s very little on the internet relating to the bombing either. One or two sites make some wild claims, one mentions the possibility that the bomb was dropped by an RAF aircraft, but adds no more detail. I doubt it. The bomber flew over Halifax on a winter’s night, so no-one will have seen it. There’s no mention in witness acounts of an air raid warning, so it is possible that people after the event assumed that it must therefore have been a British bomber? Possibly. But opportunist attacks by the Luftwaffe, either singly or in pairs, often going unnoticed flying fast and low in Junkers Ju88s, were not uncommon.

I was put on to this bomb site by Zed, a friend at work. She had mentioned it about a year ago, then last week brought in a local newspaper cutting relating to the anniversary of the incident and from which the above image is taken (Halifax Courier, December 11 2010). While photographing the bomb site, I asked a passer-by if she knew anything of it. She said she didn’t, but that her husband might… So I went to their home – they live in one of the flats built over the site – and a Mr Jenner was able show me a street map of Pellon as it looked then, and to kindly provide me with a copy of the old photo showing the other side of Hanson Lane.

Below; Another shot of the bomb site taken the morning after, showing damage done to houses on the North side of Hanson Lane, courtesy of Mr Jenner. Original source unknown. 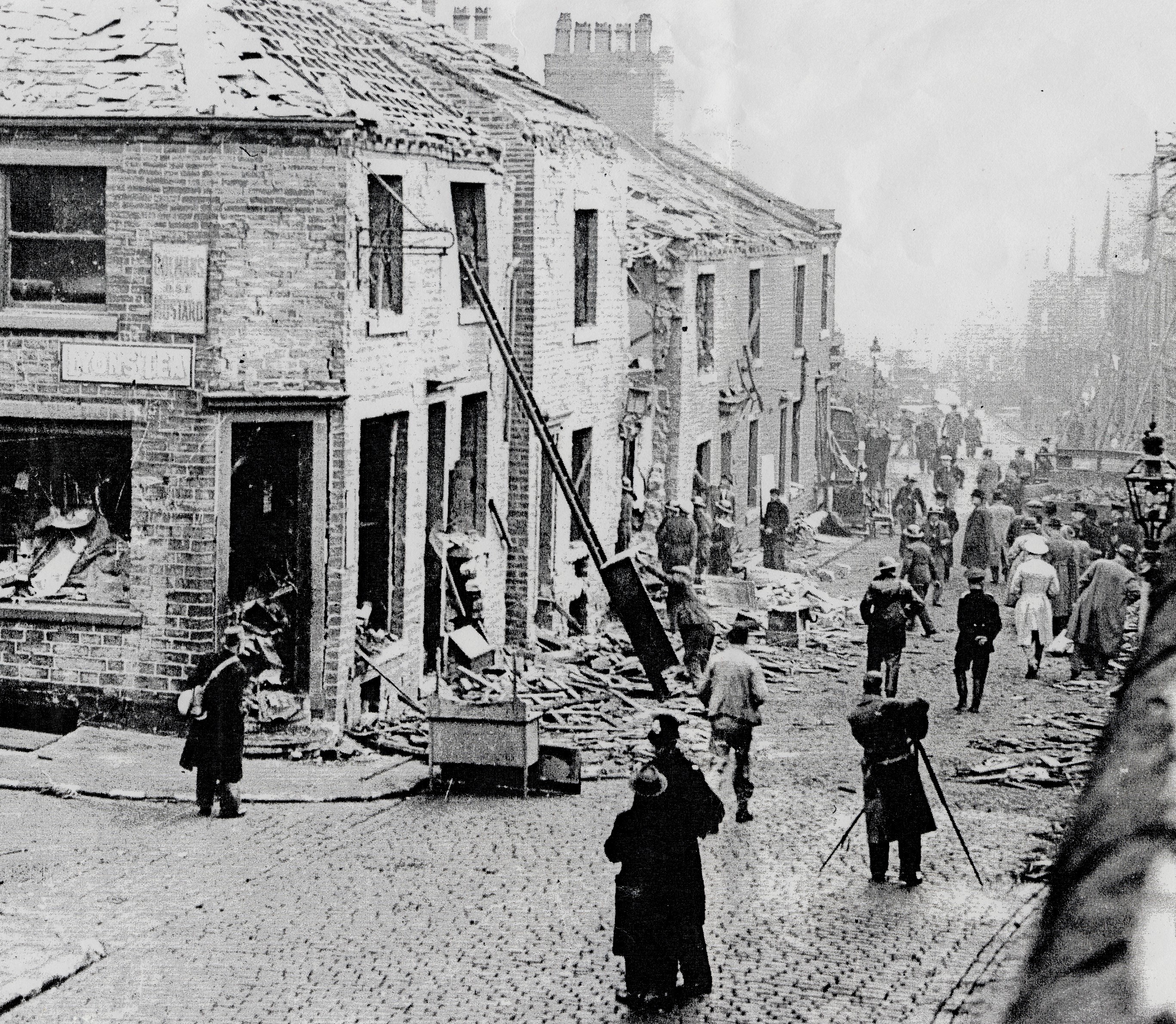 Below; The scene today, a wider angle view. Memorial garden railings on the right, and on the left behind the blue railings are the flats which were built over the destroyed houses and the road leading off to the left in the photo above, Crossley Terrace. 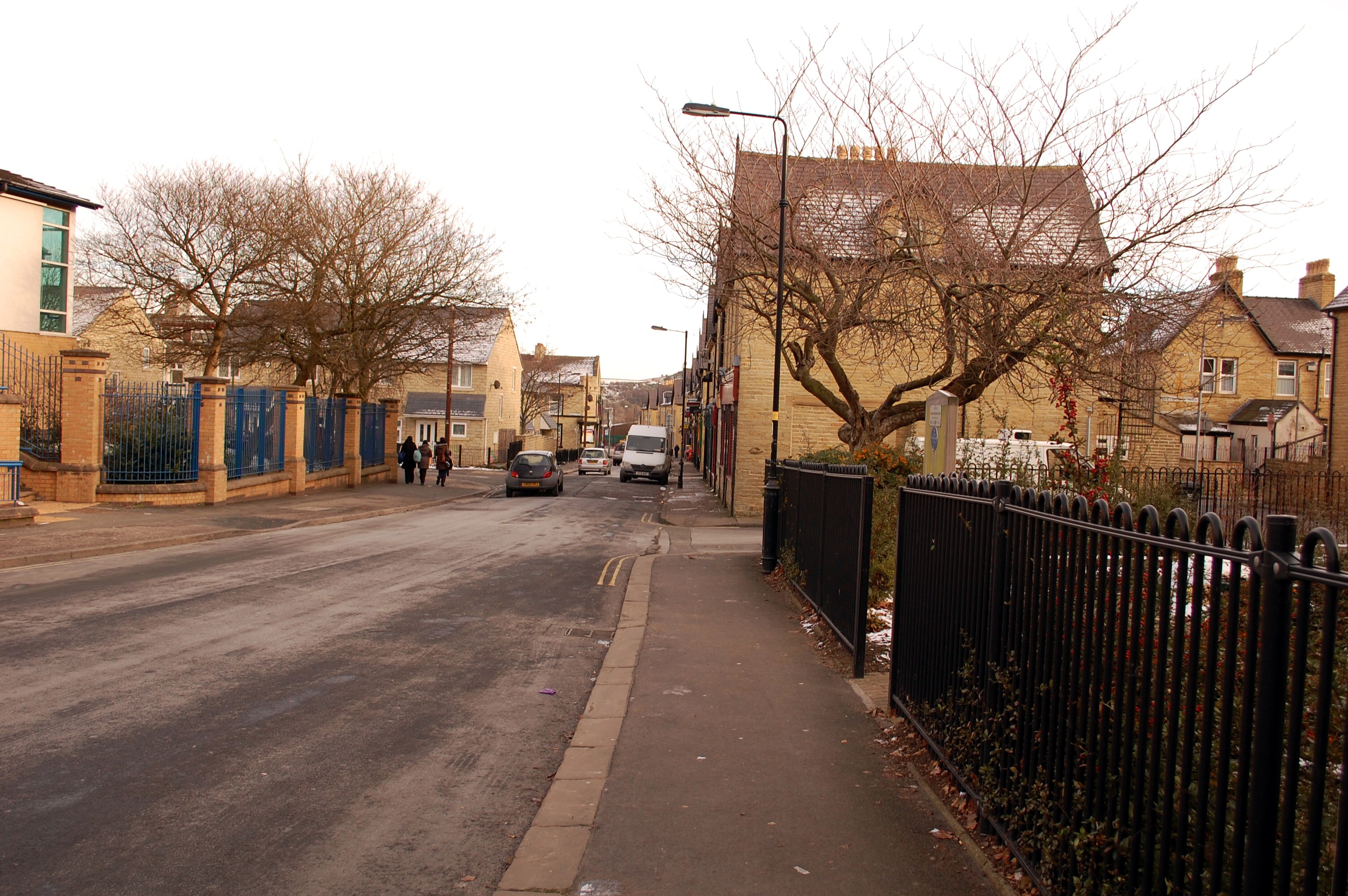 EDIT;
Since writing this, I have been advised by another friend at work, Joanne, that her dad was brought up in Crossley Terrace and remembers the event. He was about 9 or 10 at the time. The pub mentioned above, in which 3 people were killed, was the West Hill public house. Joanne’s grandparents and her Auntie Ivy were in the pub at the time. Jo says, “My auntie had a mustard coloured coat on and it got covered in blood. Because she could not afford a new coat she had to dye it red!”

SECOND EDIT 28 SEPTEMBER 2012
Today I received this very welcome e-mail from Mrs June Raine née Uttley and, with her kind permission, am copying it in full to this record because it provides so much more information and colour to the known events.

“I stumbled across your article about this incident just yesterday, after deciding that I would like to research the events of that fateful evening, long ago. At the time this bomb was dropped I was living with my mother’s Uncle, Clem Garforth, who was the proprietor of the West Hill Pub. I was 10 years old, and lived in Darlington, Co.Durham. My mother, in her wisdom, thought I should be evacuated to a safer town!! I went to bed that night just before 9pm and suddenly heard a screeching sound from above. Instinctively, I knew it was a bomb and I dived under the bedclothes, which saved me from injury. when I managed to come out from underneath the bedclothes, and try to remove some of the debris which had fallen on top of me, I heard someone calling my name, and my cousin’s fiance, Arthur Horner, found me and carried me downstairs, narrowly escaping falling through a blown out window into the yard below. My cousin, Joan Garforth, then carried me for about half a mile to Arthurs’ parents’ house, where we stayed the night. I am now 82 years old, and have never forgotten that frightening night. The barman helping my uncle serve drinks behind the bar that night did not usually work on Fridays, but, as a favour to Joan, whose birthday it was that day, stood in for her. He, tragically, died that night. Also, I remember a lovely old couple who owned a sweet shop opposite – they were also killed. The morning after, I went to survey the damage, and could not believe that I had survived.”

See also “Seeing It Through – Halifax and Calderdale During World War II” by Peter Thomas, 2005