Manchester Blitz, Then and Now. 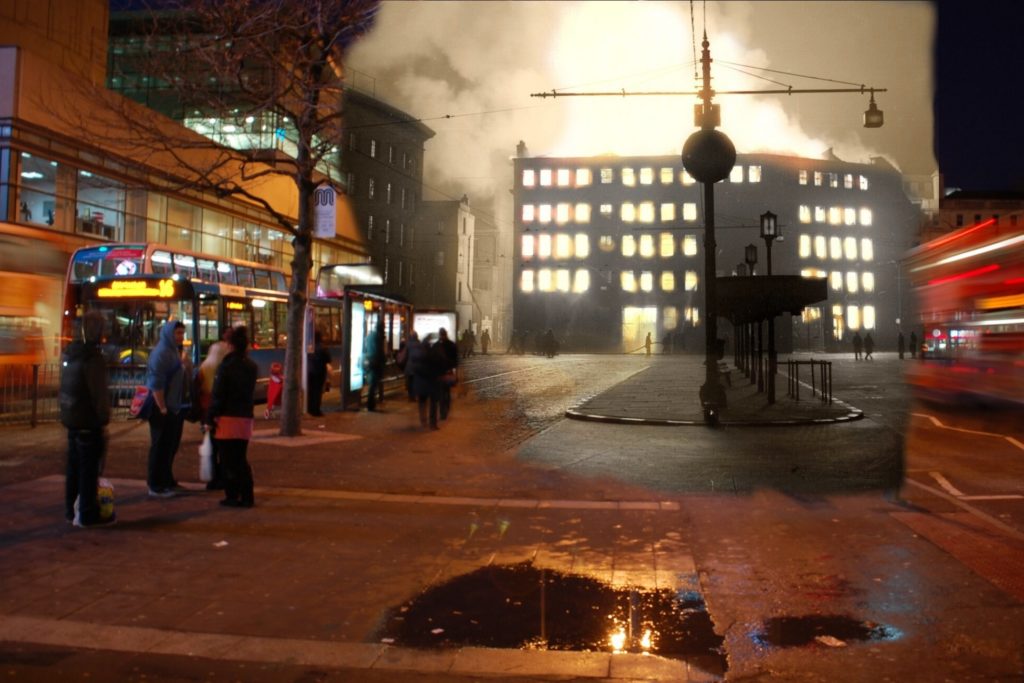 Manchester Blitz, Then and Now

Have been wanting to identify the location of the burning building in this photo (taken 22 / 23 December 1940) for over 2 years but have only been able to now that period annotated maps have been found which show precisely where the bombs fell in Manchester during the war.

The building was in the western corner of Piccadilly between what is now Primark and what is still the bus stops. Nothing has been built on the spot since, but that entire side of Piccadilly was destroyed during the Blitz, hence part of the confusion; an entire block has disappeared.

The maps also show which buildings were destroyed with dates neatly penned in. Even the types of bombs that fell are identified. They were discovered during renovation work at the Town Hall and have since been made available to the public.

The blue circle shows where the HE bomb fell on 23/12/40. The red buildings are those destroyed. Some were demolished by the army to block the streets and prevent fire spreading to other warehouses. 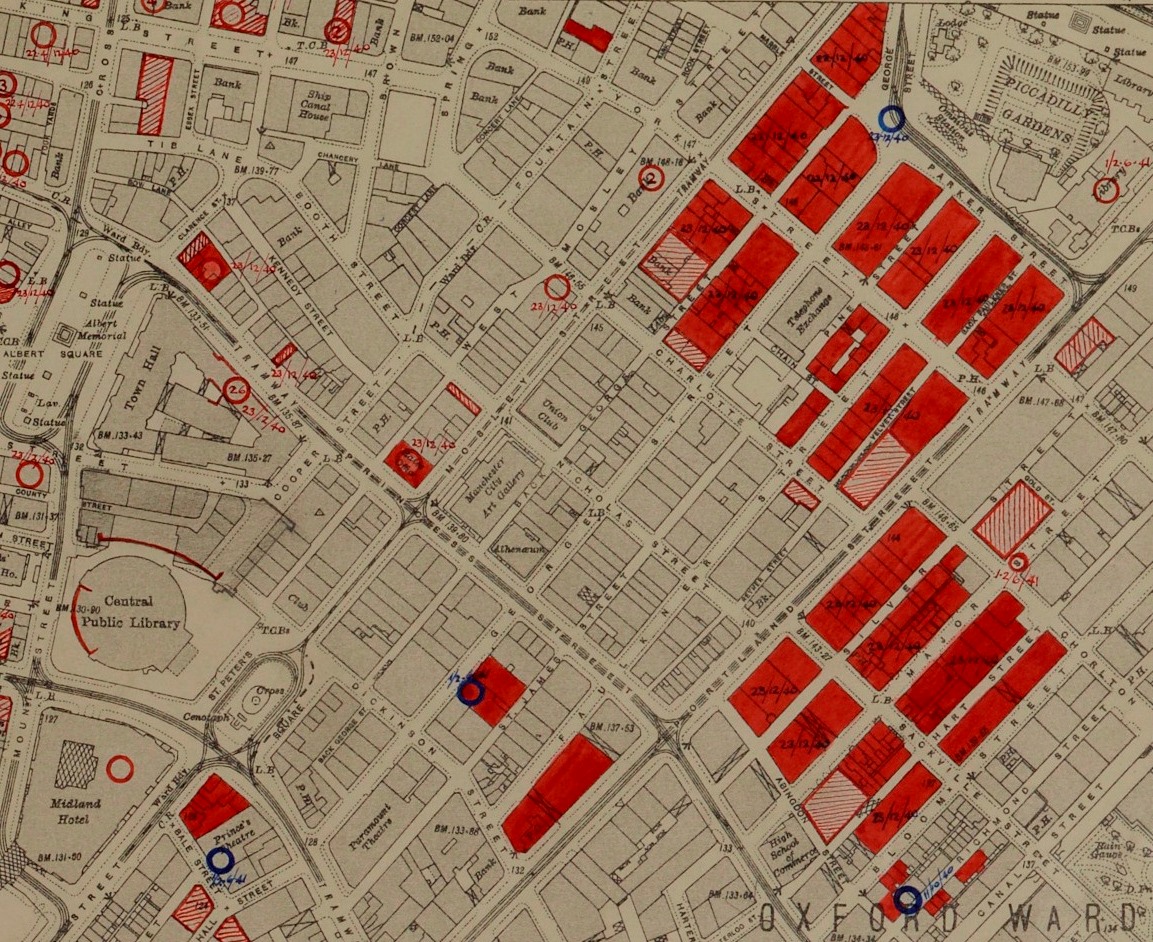 The reason it remained hard to identify was because film and photos taken of Piccadilly shortly after the Christmas Blitz don’t show the burned out shell of this warehouse at all. That may have been because, as the maps reveal, a high explosive bomb fell here soon after this photo was taken which probably brought the remains crashing down.

There were two consecutive air raids that Christmas, one on the night of 22/23 and then on the night of 23/24 December. In his book “Luftwaffe Over Manchester”, Peter Smith notes that on 22nd a bomb fell here in Parker Street killing all six of the fire crew attending. The contemporary map however shows that the only bomb to fall in Parker Street was the one above, and that on the 23rd. It is easy for dates to get mixed up given the raids went on through the night and into the next morning, but I think the bomb Smith refers to was the one that fell here?

NOW; Where this burning building was on Googlemaps.

The only bit of information in the old photo still visible today is the chimney on the roof at top right corner, above what is now Burger King. 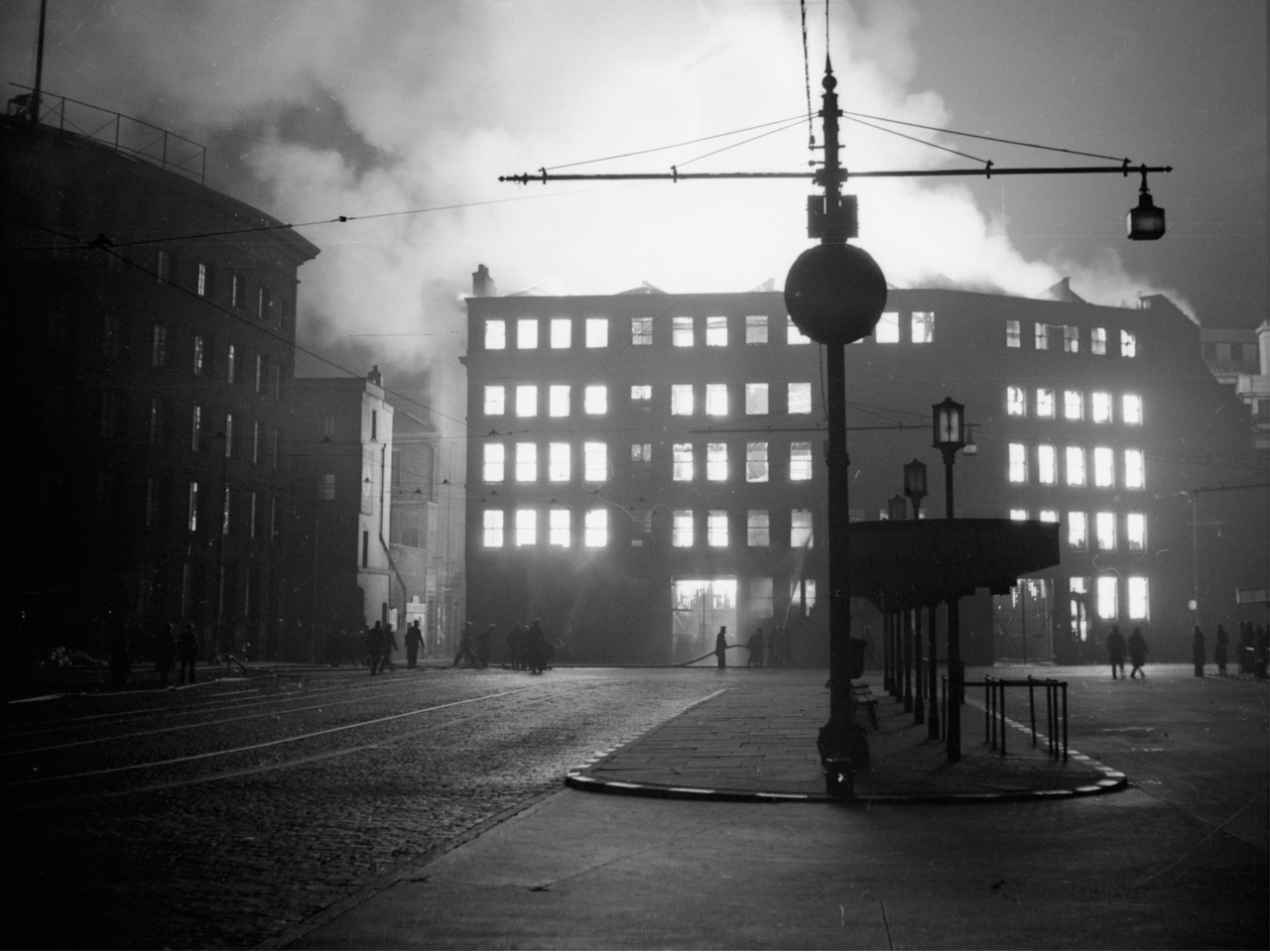 36 comments on “Manchester Blitz, Then and Now.”