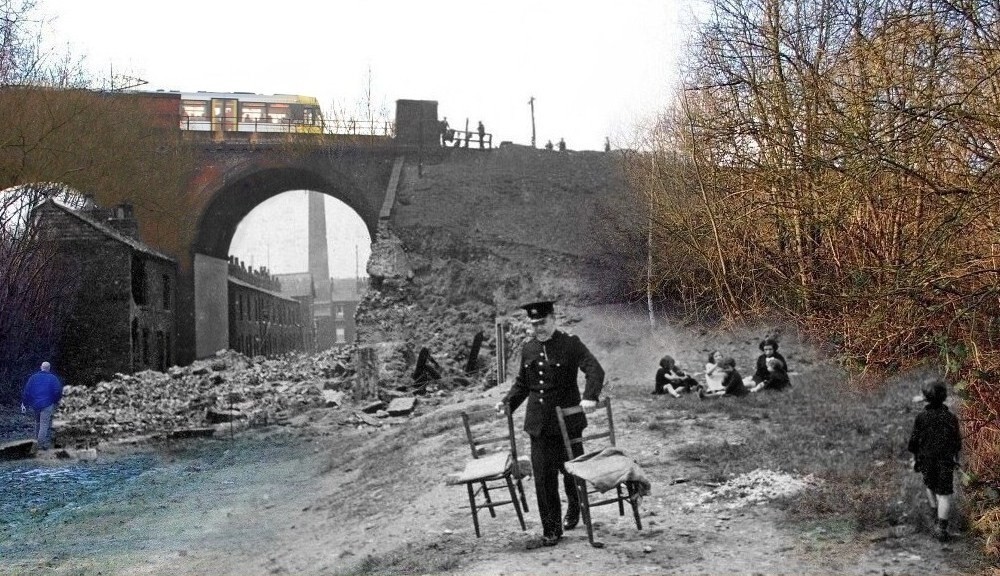 Photo taken after the Luftwaffe air raid on Manchester of 2nd June 1941. This is Fitzgeorge Street in Collyhurst.

The bomb fell at the bottom of the embankment, taking out the houses on the left.

The houses on the other side of the viaduct and at the end of the street have all since been demolished as have the mill just visible at the left edge of the original photo (below) and the chimney visible through the arch. The cellars underground are all that remain.

From what I can gather from the casualty lists, no-one was killed here.

It’s not clear what’s going though. Possibly the Policeman is recovering chairs from one of the bombed out houses? And the children on the ground could be from one of those houses?

Just 120 metres south along the railway line from here, St Oswalds School in Gorton Street was hit for the second time; a bomb had previously landed right next to the school on 7th October 1940.

This is on the Manchester – Bury line, between Victoria and Woodlands Road. 36 comments on “Collyhurst, Manchester, Then & Now.”