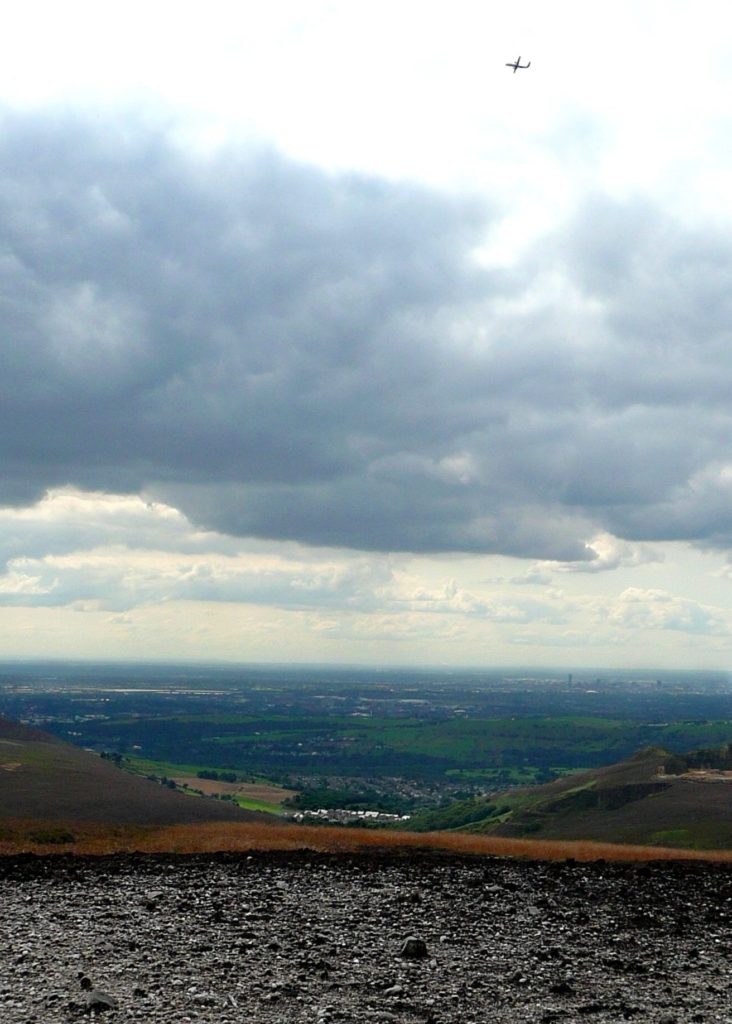 This dreary photo is of the spot where the unmanned Liberator PB4Y-1 eventually crashed when its fuel ran out on 18 December 1943.

Pilot Lt George H Charno, Jr, had taken his crew on a patrol of the Bay of Biscay, looking for U-Boats. However, due to deteriorating weather back in England, the mission was ordered to return. Heading back for base at RAF Dunkeswell near Exeter, Lt Charno had to overfly the base upon instructions from the ground. Lt Charno, according to some accounts, offered up his landing slot to another PB4Y-1 Liberator pilot based at Dunkeswell â€“ Lt Joe Kennedy, brother of John F Kennedy, whose aircraft had less fuel.

Lt Kennedy was killed the following August while piloting a robot Liberator from Dunkeswell as part of Operation Aphrodite â€“ remote controlled explosives packed Liberators that had to be manned to get off the ground, then control was taken over by the crew of another bomber while the skeleton crew baled out. Lt Kennedyâ€™s Liberator exploded over Suffolk, 20 minutes into the flight. The death of the brother of the man who would become President was witnessed by Colonel Elliot Roosevelt, the son of the then current President, who was filming the operation from a de Havilland Mosquito.