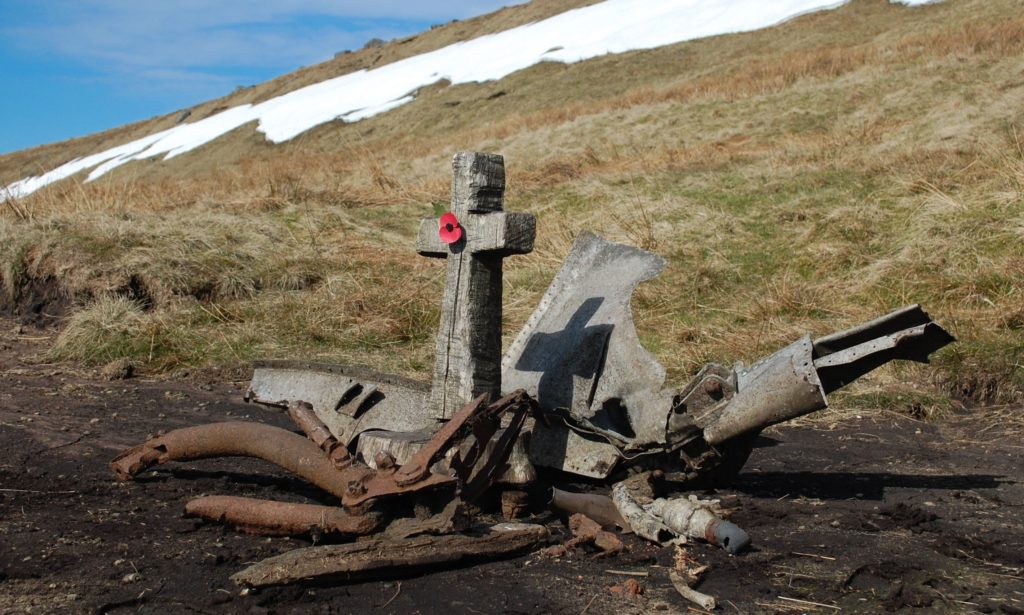 On the evening of 13th December 1948, RAF Mosquito RL197 crashed on the slopes of Great Whernside in almost identical conditions to those which led to American B-17 bomber ‘Dear Mom’ crashing just a few hundred yards away and at the same altitude as this spot, 3 years earlier.

The Mosquito was crewed by Pilot Officer Anthony Guy Bulley (pilot) and Flight Lieutenant Brian Bridgeman (navigator). As with the American plane, this was a cross country navigation exercise, from RAF Leeming in Yorkshire down to Devon and back. In deteriorating weather the Mosquito flew at cruising speed into the hillside with the loss of both crewmen. They wouldn’t have had time to register what was about to happen. It appears the aircraft had drifted slightly off course and over the high ground.

EDIT February 2016
Photo below courtesy of Madge (aged 97), the sister of PO Anthony Guy Bulley via her nephew Michael Anthony Bulley (see comment below). The photo shows, left to right; PO Bulley, sister Barbara (she was a Wren) and their brother Alan, who served in the Merchant Navy. 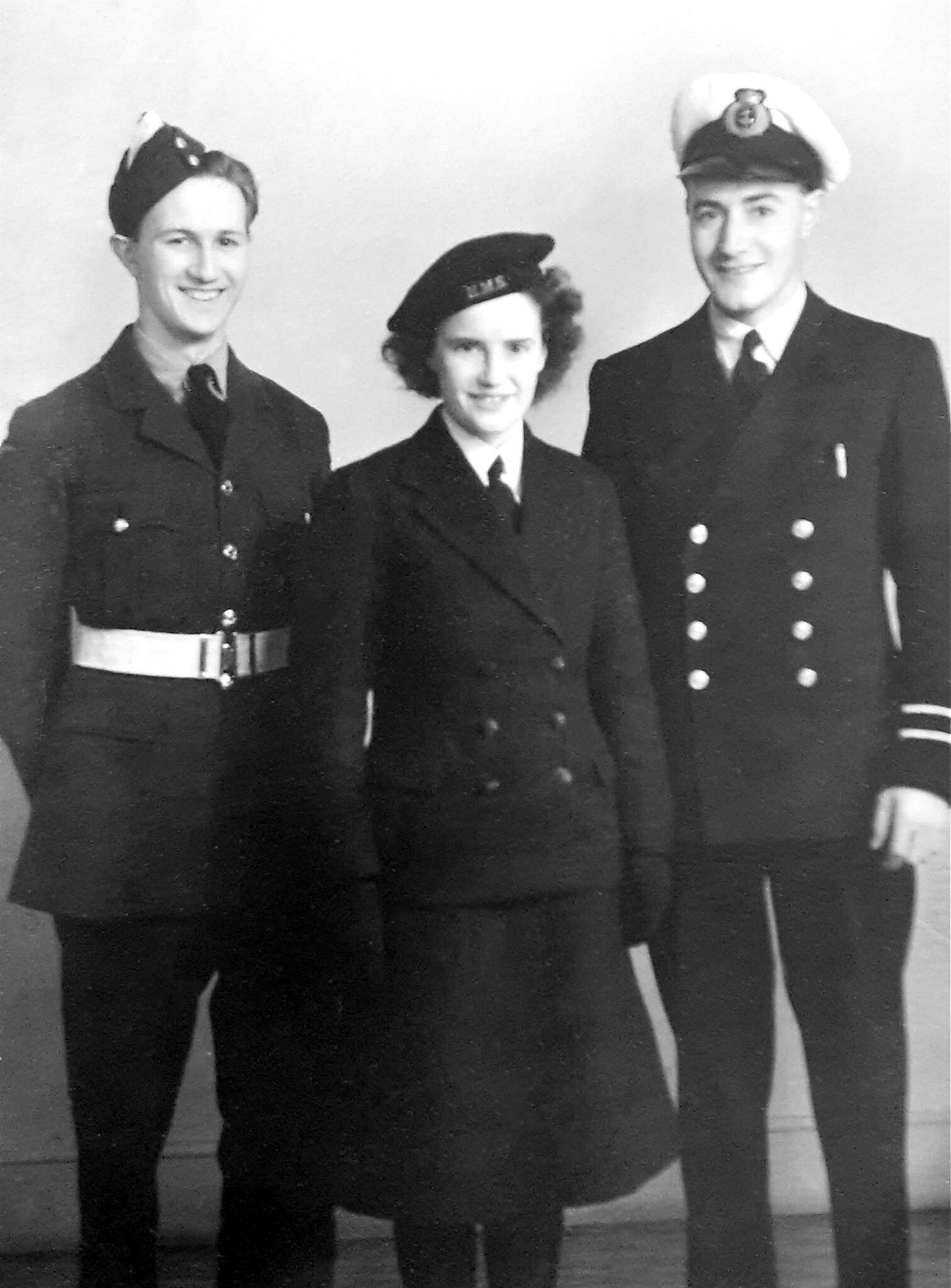