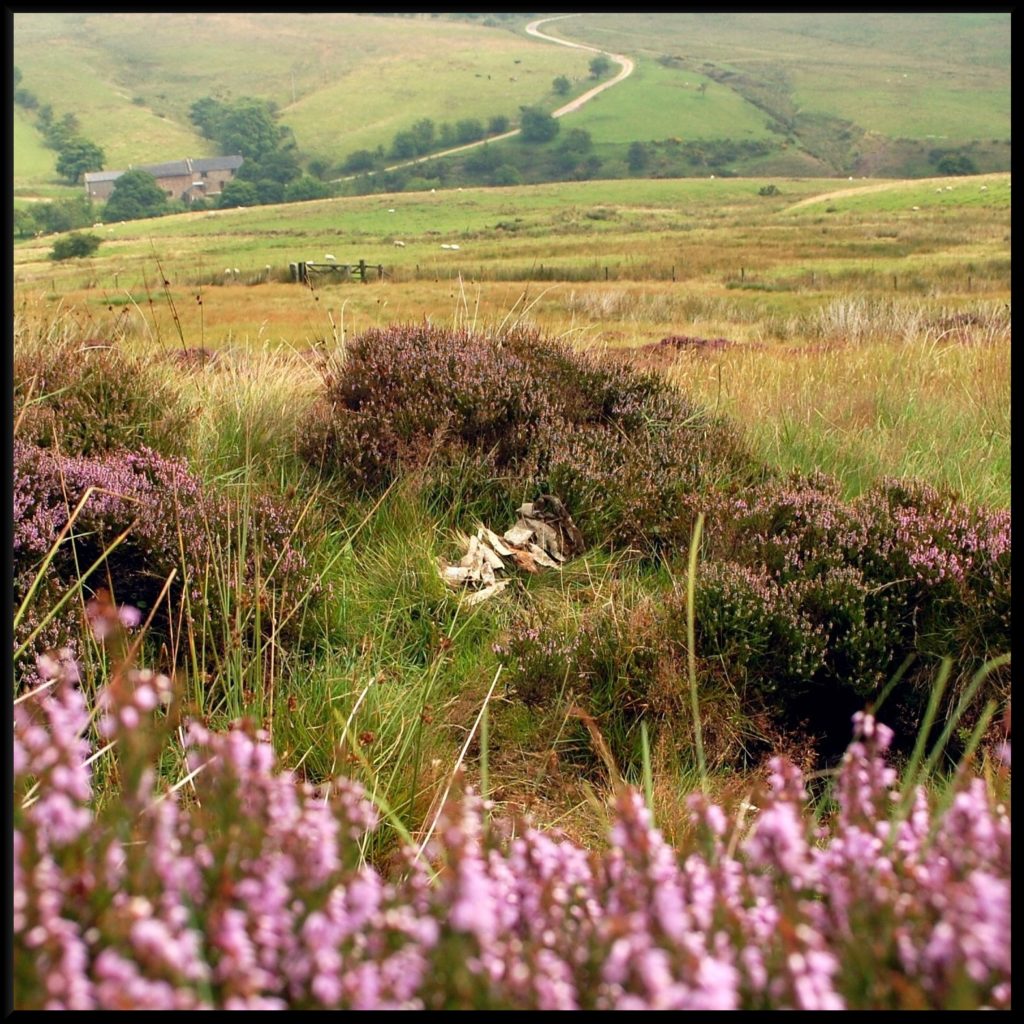 27 July 1944. Flight Sergeant Roswell Howard Tourle Martin of the Royal New Zealand Air Force died instantly when his Hurricane crashed on Merryton Low, a hill to the north east of Leek on the edge of the Peak District National Park.

He had been doing aerobatics as part of his training. Cunningham notes that while Flight Sergeant Martin may have started at the correct height, "…the tendency in aerobatics is for the height to gradually decay…" So over the course of the exercise, F/Sgt Martin lost height without realising it. Cunningham adds that during the course of the exercise, the pilot had probably "…entered cloud during one manoeuvre, and failing to realise that he was inverted, had pulled back on the stick" causing his aircraft to nose dive into the ground.

Last August (which was when this photo was taken hence the heather) there were a few scraps of debris still at the site. This little hollow is the impact crater.