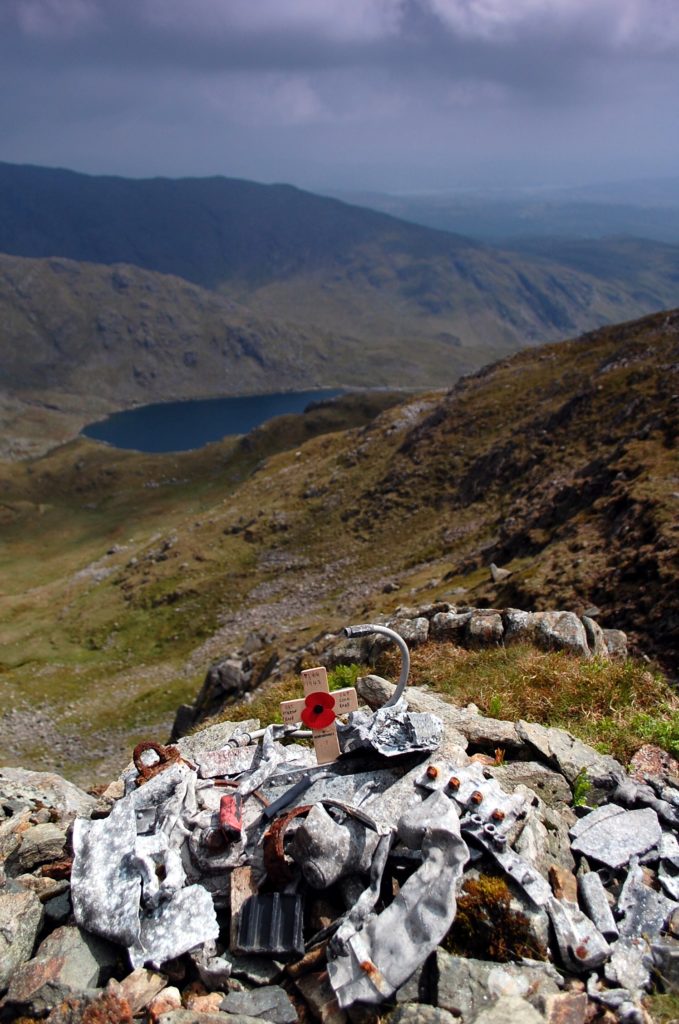 The view is from Brim Fell which is near the Old Man of Coniston, and is looking down to Levers Water.

April 23 1943. Having left their base at RAF Annan, two Australian pilots, Sgt Henry Marinus Atherton (21) and Sgt Leonard Thomas Cook (20) had been undertaking some training with a third instructor aircraft over North West England.

Upon completion they were ordered to do some more practising but after their morning’s work they may have decided upon a pleasure flight instead. Flying south in low cloud the two aircraft struck the high ground near Coniston, killing both men instantly.

Uncertain which of the two Hurricanes crashed at this spot, hence the poppy cross dedicated to both men.

Below; An interesting find; a fuse box plate from a Hurricane which we left, buried at the crash site. 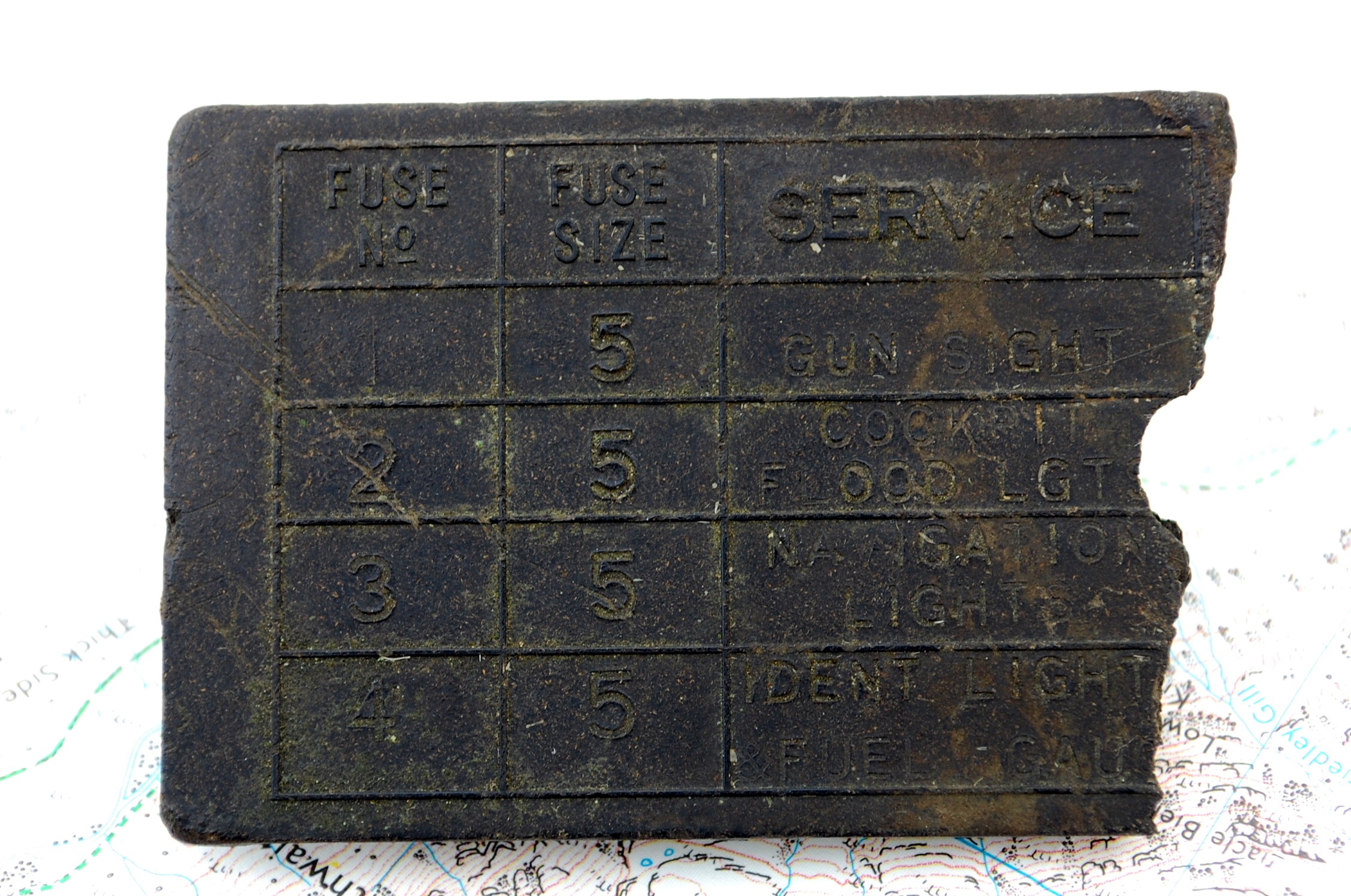