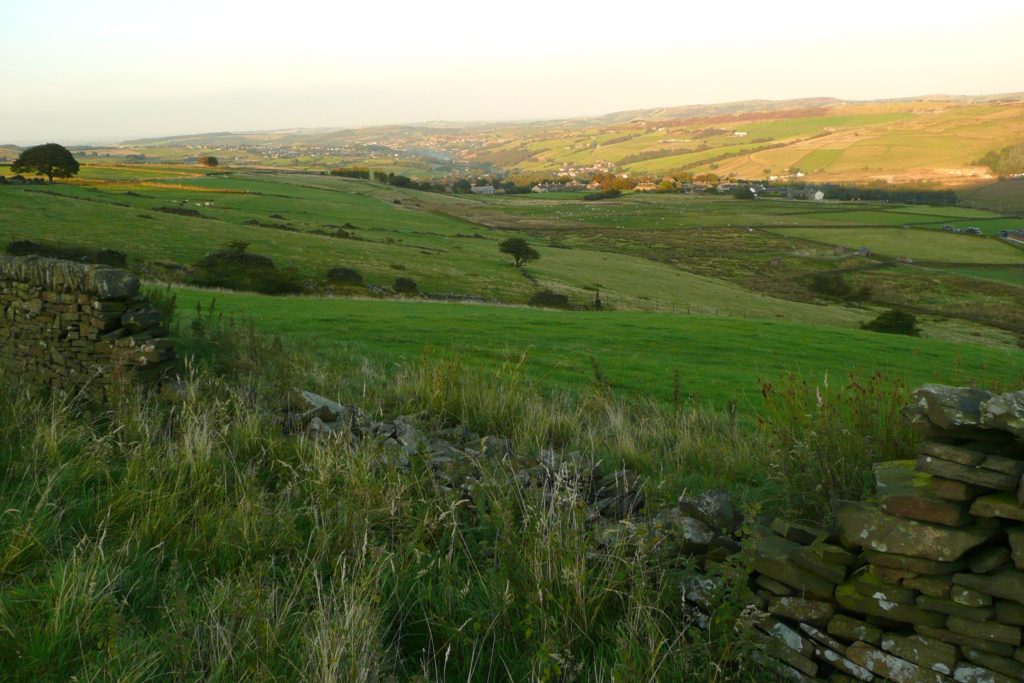 Near the village of Holme, West Yorkshire, Handley Page Hampden L4055 crashed on May 23rd 1940 with the loss of all crew members. The wall above is totally demolished off to the left. This broken wall and two craters nearby (where the Danger UXB chaps from the Royal Engineers detonated some remaining bombs) are the only evidence now of the crash.

L4055 was returning from a bombing raid on railway targets in Mönchengladbach, only the crew couldn’t identify the target and they returned still carrying the bomb load. At this early stage, before the tactics of total war were employed, it was routine for crews not to ditch their bombs just anywhere.

On the return leg, L4055 overshot their base at RAF Scampton in foul weather, and Sgt Jenkins descended through cloud thinking he was over Lincolnshire, not Yorkshire.

Pat Cunningham (Peakland Air Crashes – The North, 2006) states that Sgt Josse was the observer, and that Sgt Marsh was the airgunner.

Sgt Alan Marsh was flying w/op, a/g. Sgt Peter Josse was Navigator. Bill Thornton was a/g a ground tradesman.
I am on possession of Sgt Marsh,s Flying Log Book and he his not navigating this operation.