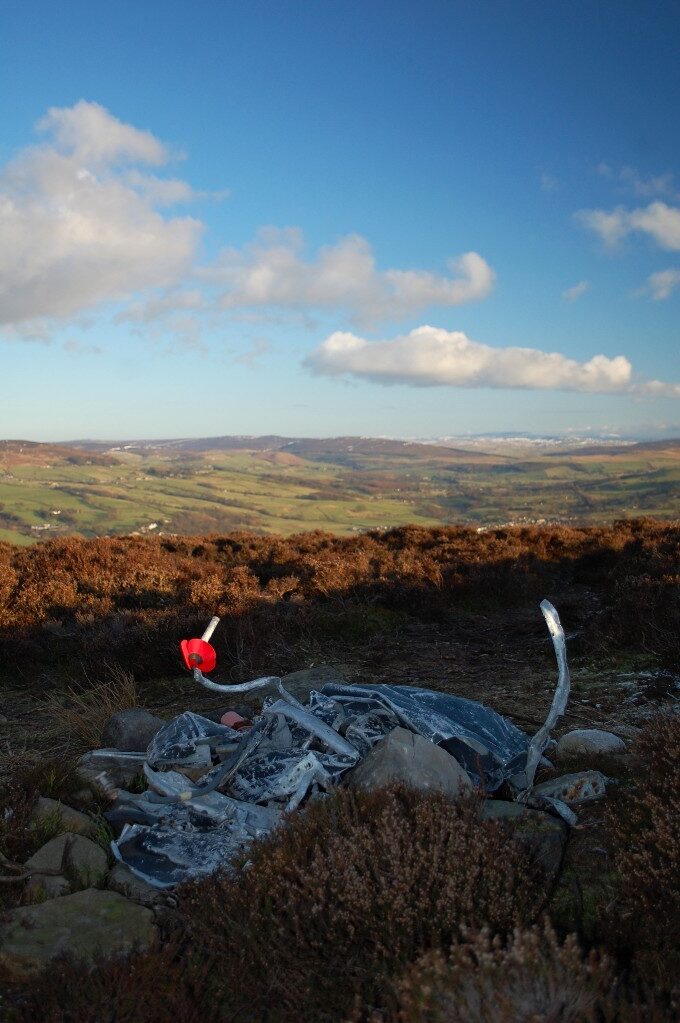 66 years ago today (January 31st 1944) Halifax Bomber DK185 crashed on Ilkley Moor in Yorkshire while on a training exercise. The Halifax was crewed mostly by Canadians. It is understood one crew member briefly survived the crash and was able to tell the rescue party that they had become lost and were trying to find their way home, when the Halifax struck the moor and burst into flames.

The memorial plaque nearby includes the request;
“When you go home, tell them of us and say, for your tomorrow we gave life today”

There are 2 wreckage pools at this site, and a recently added memorial. 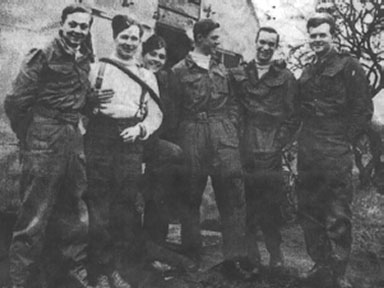 Below; A Handley Page Halifax bomber 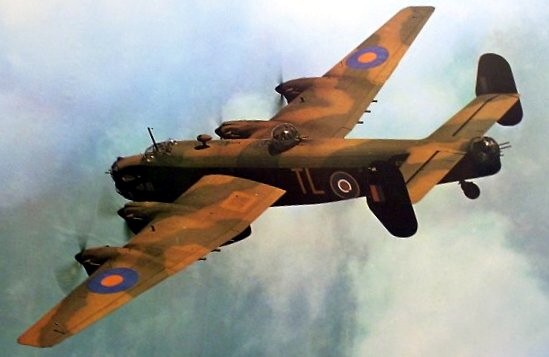