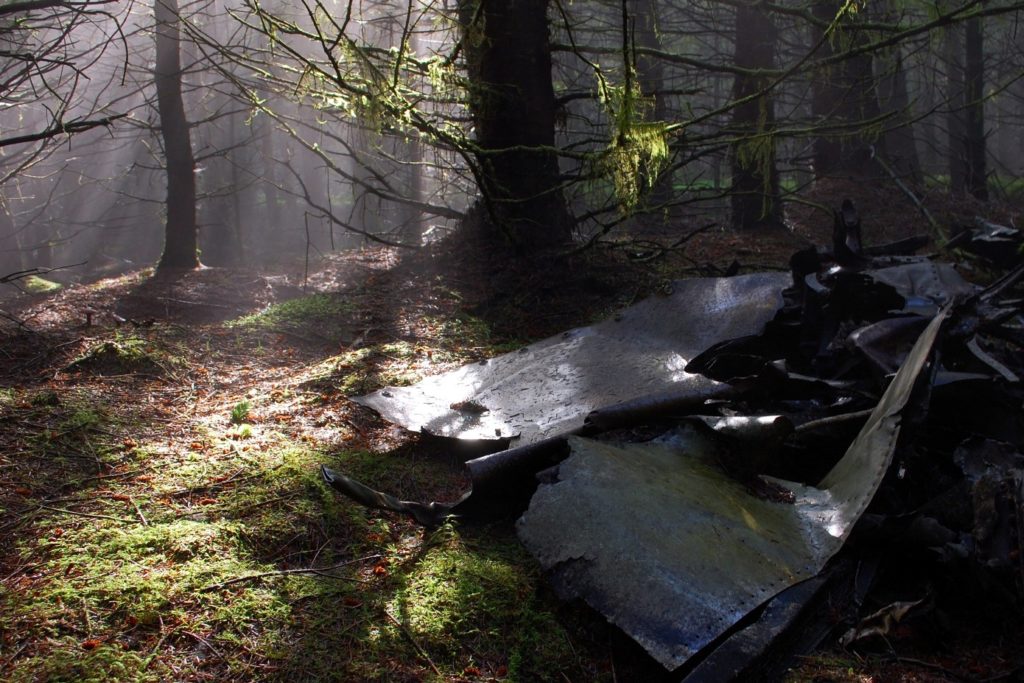 Visited this little known crash site today. Not much info available about this air crash. One source gives the date as 2/2/44 not 3/2/44 and that FN821 – of 848 Squadron – crashed in cloud whilst armed with a torpedo, with 3 crewmen killed.

The impact crater is obvious and the boggy ground absorbed the aircraft, hiding it from view. But it has since been dug up.

3 February 1944 FN 821 of the Fleet Air Arm took off from Gosport on the south coast of England for a transfer of unit flight to Machrihanish, then on to the new station of HMS Robin in the Orkneys, north Scotland. A flight of about 1000 miles in total.

A stop off & refuel point may have been RAF Valley in Anglesy, North Wales, it was on a bearing for this airfield that FN 821 ran into a heavy snowstorm near Llangynog, North Wales. Control of the aircraft was lost and FN 821 plunged into the boggy hillside of Trum-Y-Fawnog, losing part of a wing on the way down.

Photo below; a poignant bit of wreckage which had escaped the attentions of those who remove wreckage to wherever – an emergency door release mechanism from the aircraft. We buried it near the crash site. 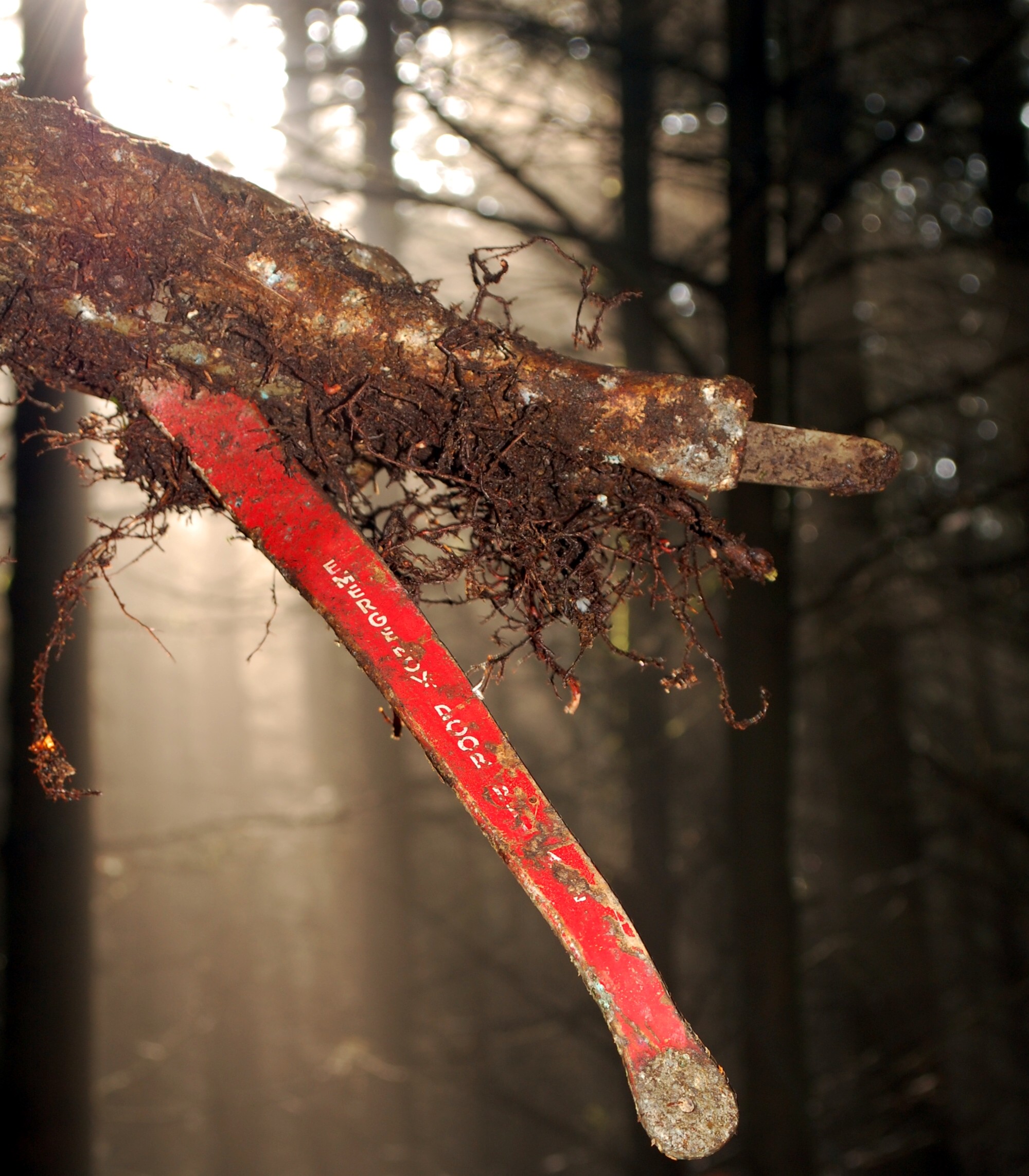 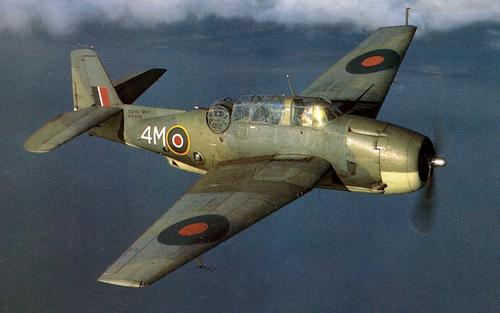