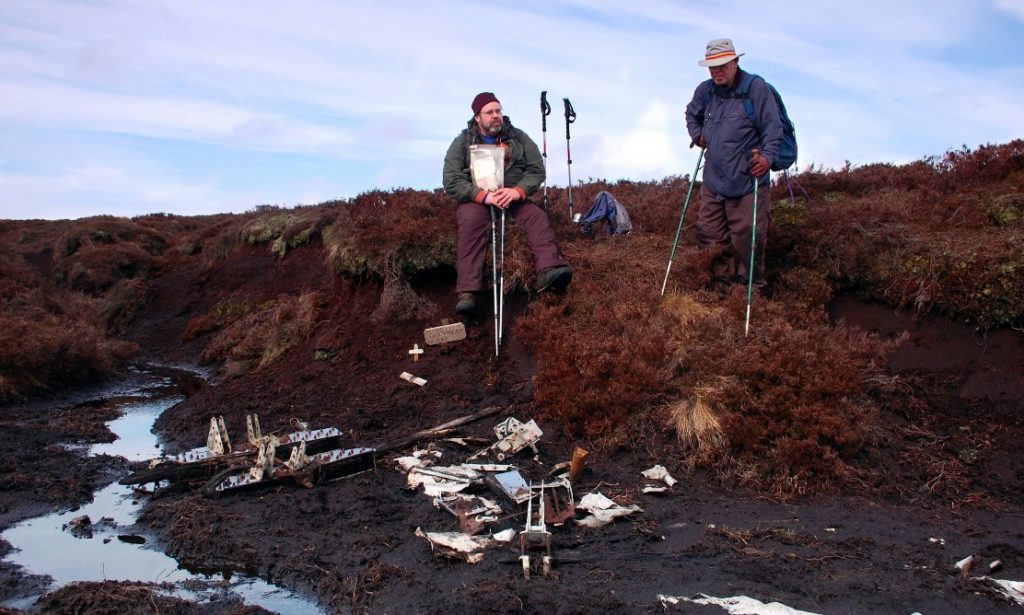 18 October 1943. 22 year old New Zealander Denis Patrick Kyne was a Pilot Officer with the RAF. He was undertaking a solo training flight at night to learn how to handle a twin engined aircraft.

The excercise was a short triangular route around the Telford area; from RAF Wheaton Aston near Stafford, south west to near Shrewsbury, then a north eastern leg to Shawbury before the final turn back to base.

Pilot Officer Kyne would have made his turns on seeing the beacons at these pre-designated spots. However, the beacon at Shawbury wasn’t in use and at the same time the weather took a turn for the worse.

It is not known why the lost P/O Kyne didn’t try to resolve the problem using communication aids.
Instead he continued at the same altitude and on the same heading until his Oxford crashed on the high moors of the Dark Peak, over 50 miles from his last turn point. Probably he panicked a bit and rather than do anything to his controls, just maintained the same heading hoping he’d see something in the blacked out Britain beneath him.

The wreck was discovered 4 days later by grouse beaters. Pilot Officer Kyne was from Timaru, Canterbury, south of Christchurch.