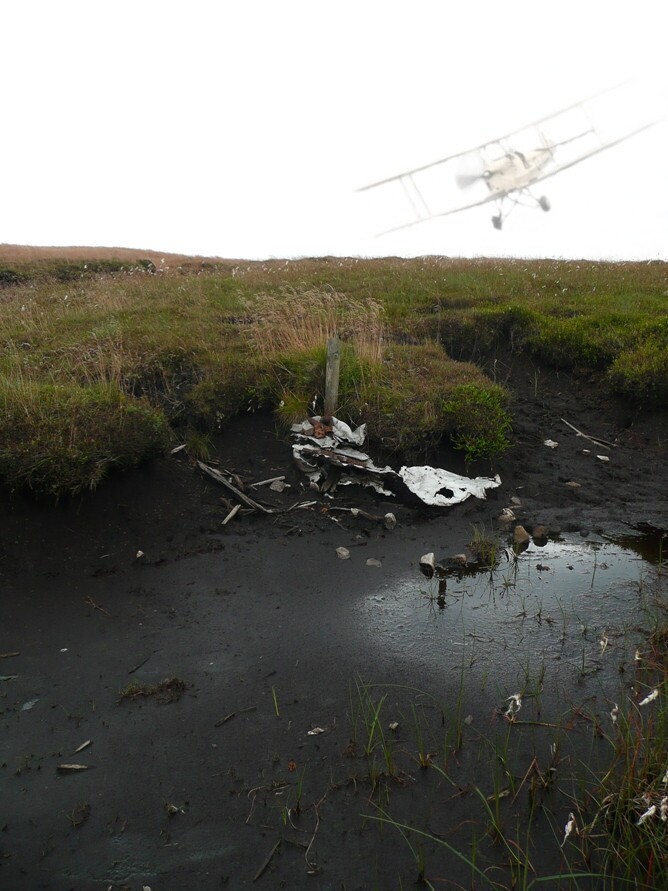 Sgt O’Connell was nearing completion of his training. It would appear he failed to turn back to base at RAF Sealand near Chester upon encountering low cloud, but beyond that it is not known why he crashed his Tiger Moth.

I don’t really believe there are ghostly aircraft haunting the hills, just did this to add a bit of interest to an otherwise dull shot.

Details from Peakland Air Crashes – The North by Pat Cunningham.