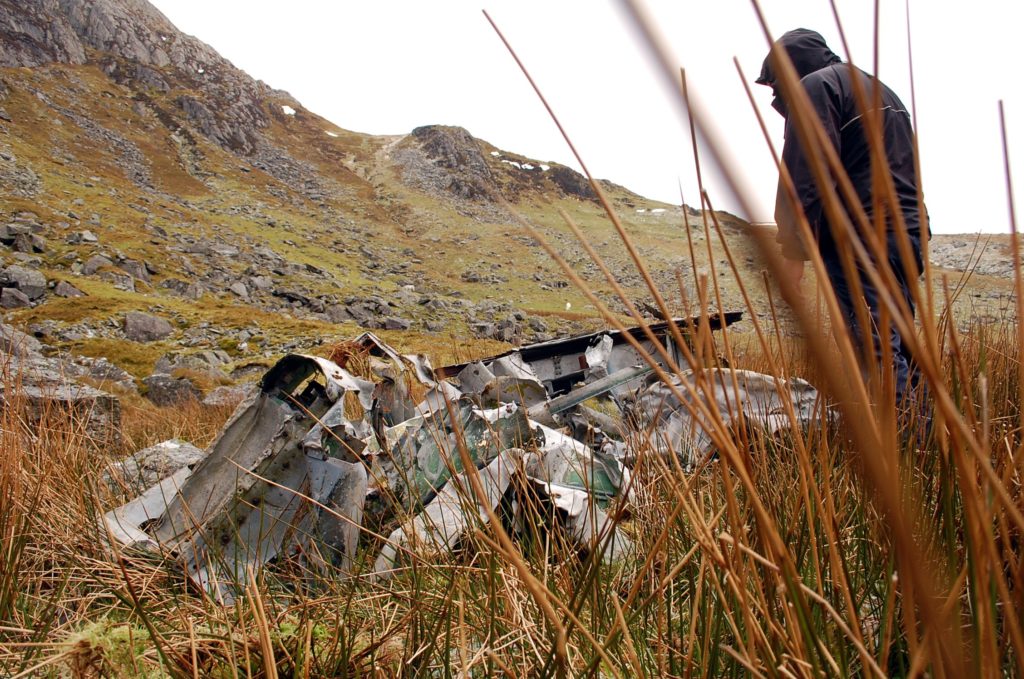 8 April 1940. All 4 crew on board Blenheim L9039 were killed when their light bomber crashed into crags to the south-east of Carnedd Llewellyn.

Regarding the crash, Chorley says;

“T/o Bicester for a formation cross country; base – Ronaldsway – Hartland Point – base. Left the formation, in cloud, banking gently and crashed circa 1120 on Carnedd Llewellyn some 6 miles SSE of Bethesda, Caernarvon. All rest in cemeteries within the United Kingdom. It is thought Sgt Hall may have been dazzled by the sun as he emerged from the overcast.”

*not listed in Chorley

The Blenheim crashed high on the mountain, but the debris fell down the mountainside. The lead photo was taken on the edge of the marshes at the foot of the crags. The photos below, which show a bit of the undercarriage and reduction gear, were taken much higher up. 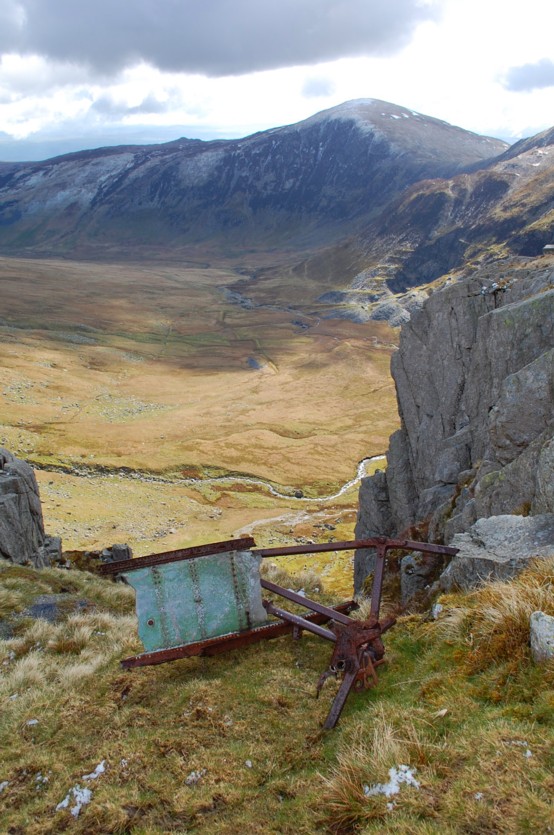 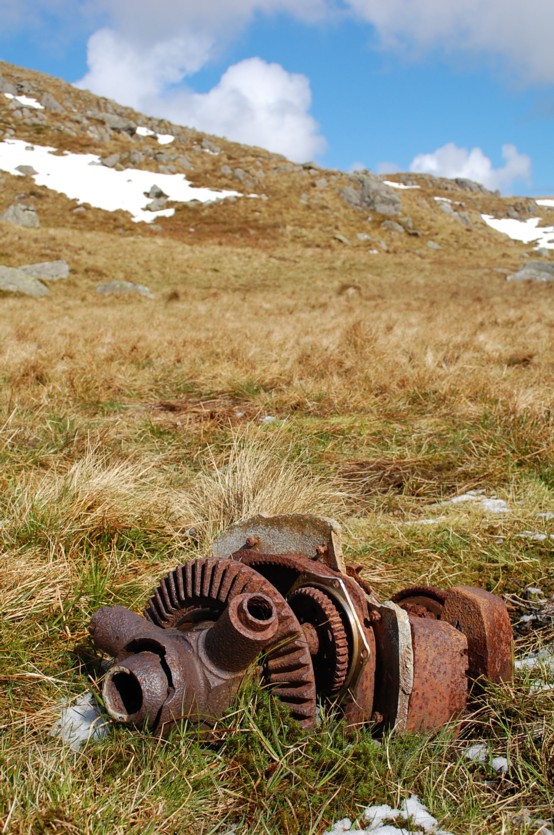