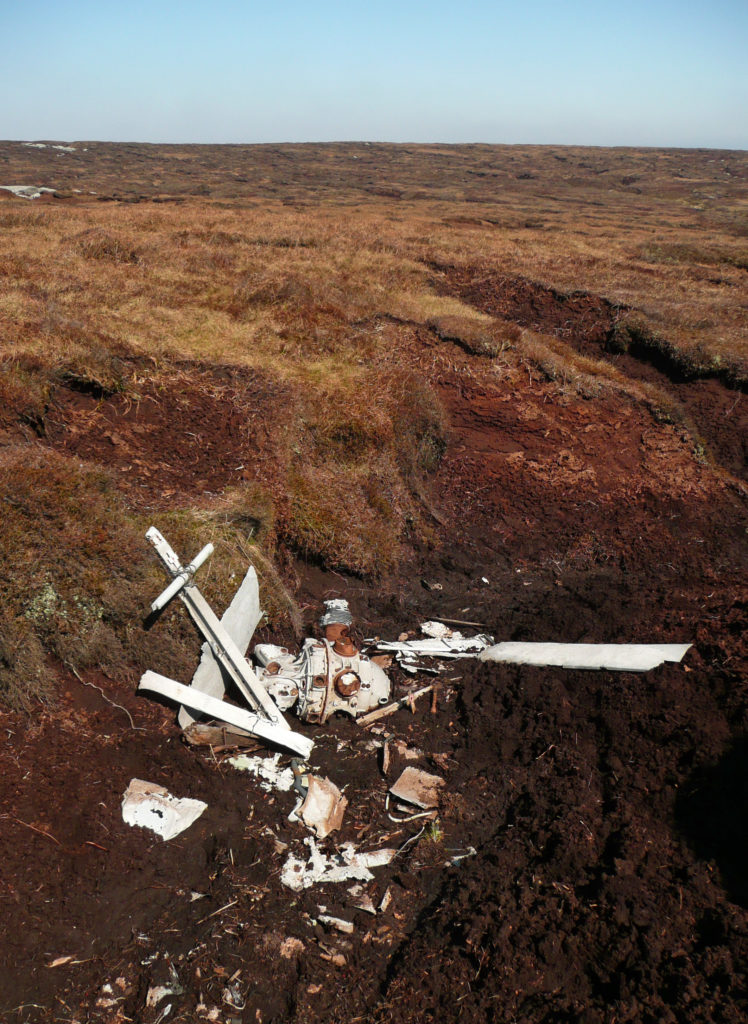 11 December 1944.
This aircraft was crewed by two men of the Polish Air Force under the command of the RAF. Flight Lieutenant Chelstowski, an experienced pilot, took off from RAF Newton near Nottingham but immediately became lost in low cloud. Deciding to fly beneath the cloud, he lost height but although Chelstowski knew how close Nottingham is to the Peak District, he did not expect to have travelled so far. Upon descending, the aircraft hit the snow covered moor. Although the subsequent inquiry found Flight Lieutenant Chelstowski guilty of gross negligence, and his commanding officer had recommend he never fly again, he went on to have a very distinguished remainder of the war and was decorated 4 times.