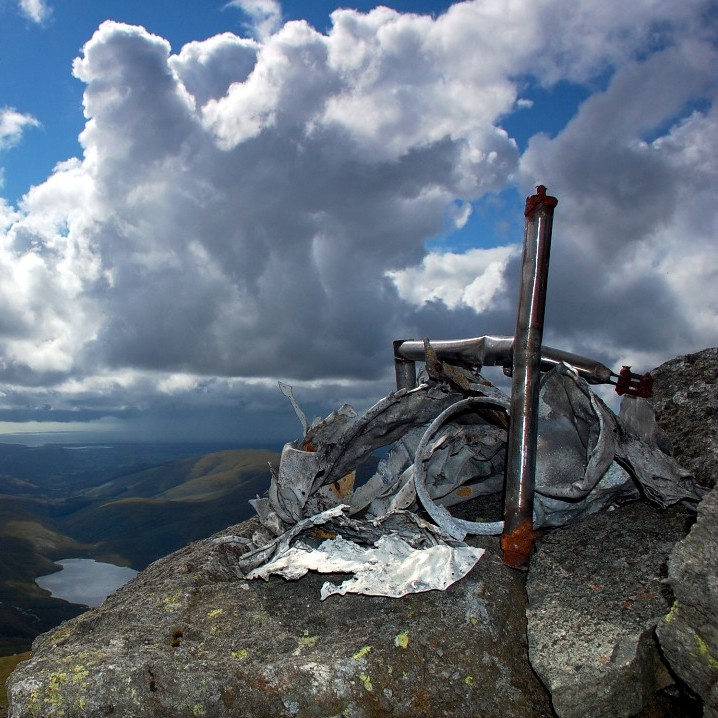 Three Avro Ansons of No 10 (Observer) Advanced Flying Unit were undertaking a night navigation exercise from RAF Dumfries when they crashed in the mountains of the Lake District in foul weather on 9th August 1943.

Anson DJ275 struck the crags to the south of the summit of Scafell with the loss of all on board.

This is some of the remaining debris from DJ275 found among the rocks.

The other Avro Ansons of the same unit to crash that night were;

Anson DJ222 which crashed on Green Gable, two and a half miles to the north of this spot. Two crew members were killed and three survived.

Anson M5053 crashed on Great Dodd which is part of the Helvellyn range, 12 miles to the north east of this place with the loss of one of five crew men.

Looking the other way