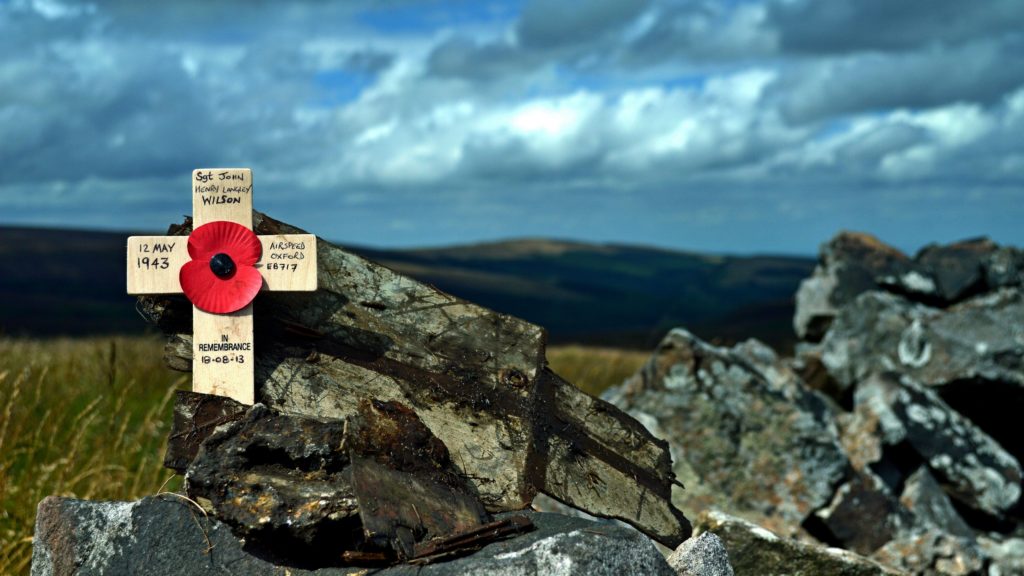 Student pilot Sergeant John Henry Langley Wilson died when his Airspeed Oxford crashed into the moor at Burbage Edge near the Cat & Fiddle in the Peak District.

It is believed Sgt Wilson was lost having drifted off course on a night navigation exercise from RAF Calveley near Crewe. Cunningham (2006) suggests Sgt Wilson was circling the blacked out town below him (Buxton) while trying to match what he could see on the ground with what was on his map to determine his location? For whatever reason “whether he was too busy looking at the map or whether his aircraft entered a band of low lying cloud” his Oxford struck the moor and crashed through a drystone wall.

There is not much left today except the demolished wall and in a deep pool nearby some fragments of metal and plywood, some which appear painted red and yellow on one side and white on the other.

In order to retrieve the debris from the pool, I had to lie flat on the moor and grope about up to my armpits in muddy water, but the bits are still there and I returned them after photographing them on the wall (photo above).

Below; the wider scene showing the wall demolished by Sgt Wilson’s Oxford. 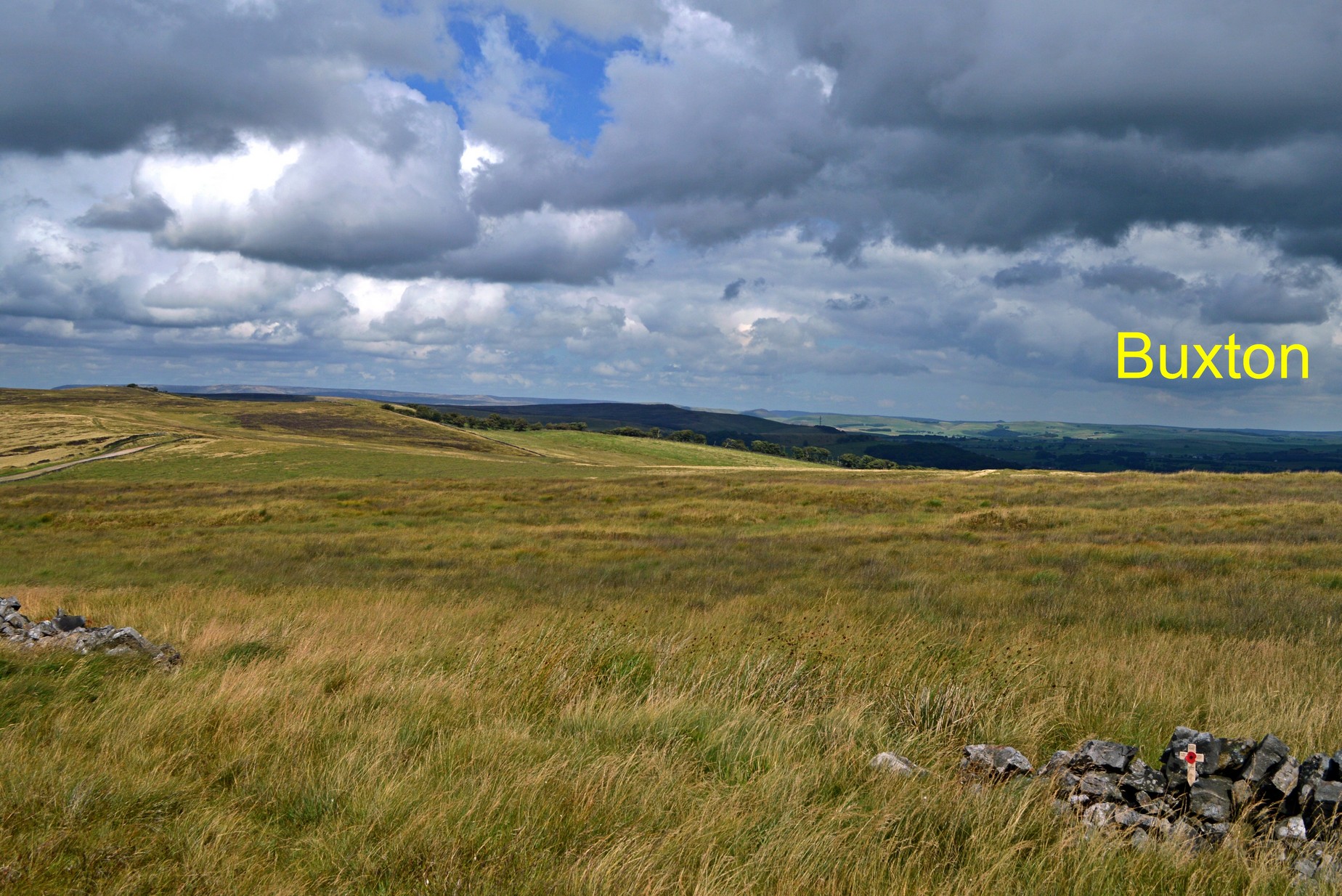 Below; photo of an Airspeed Oxford on wikipedia