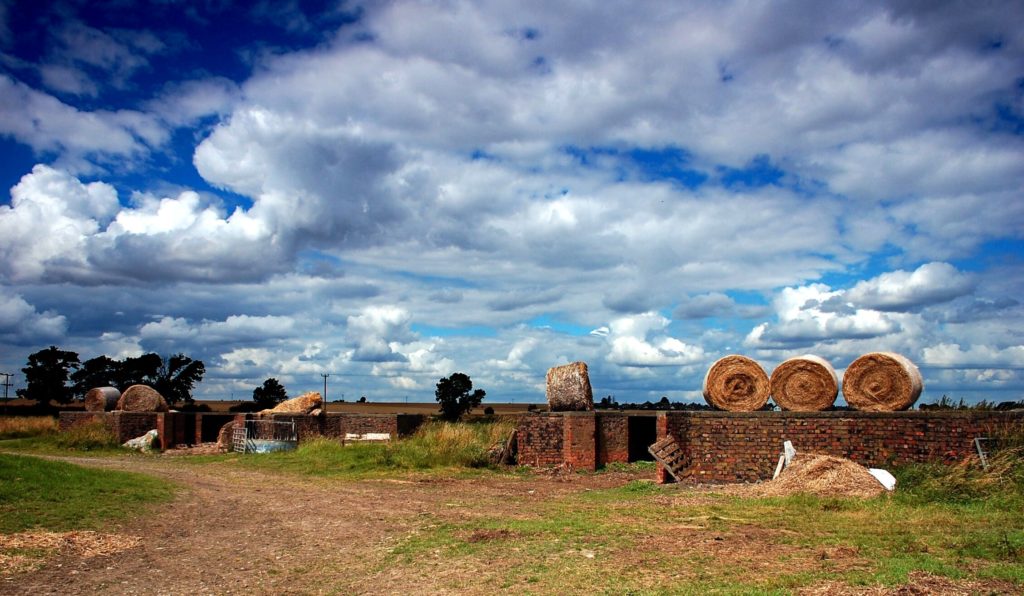 These red brick structures, now keeping bales of hay off the ground, were a WWII Heavy Anti-aircraft gun emplacement dating from 1941.

There were 4 guns with a command post, now partly filled with soil and rubble. There was originally an identification telescope, the predictor and the height finder which fed information to the plotting room which was the largest room in the covered part of the command post.

Towards the end of the war it housed Italian and German prisoners of war. Afterwards it became a squatter camp used by demobbed service men and families made homeless by bombing. 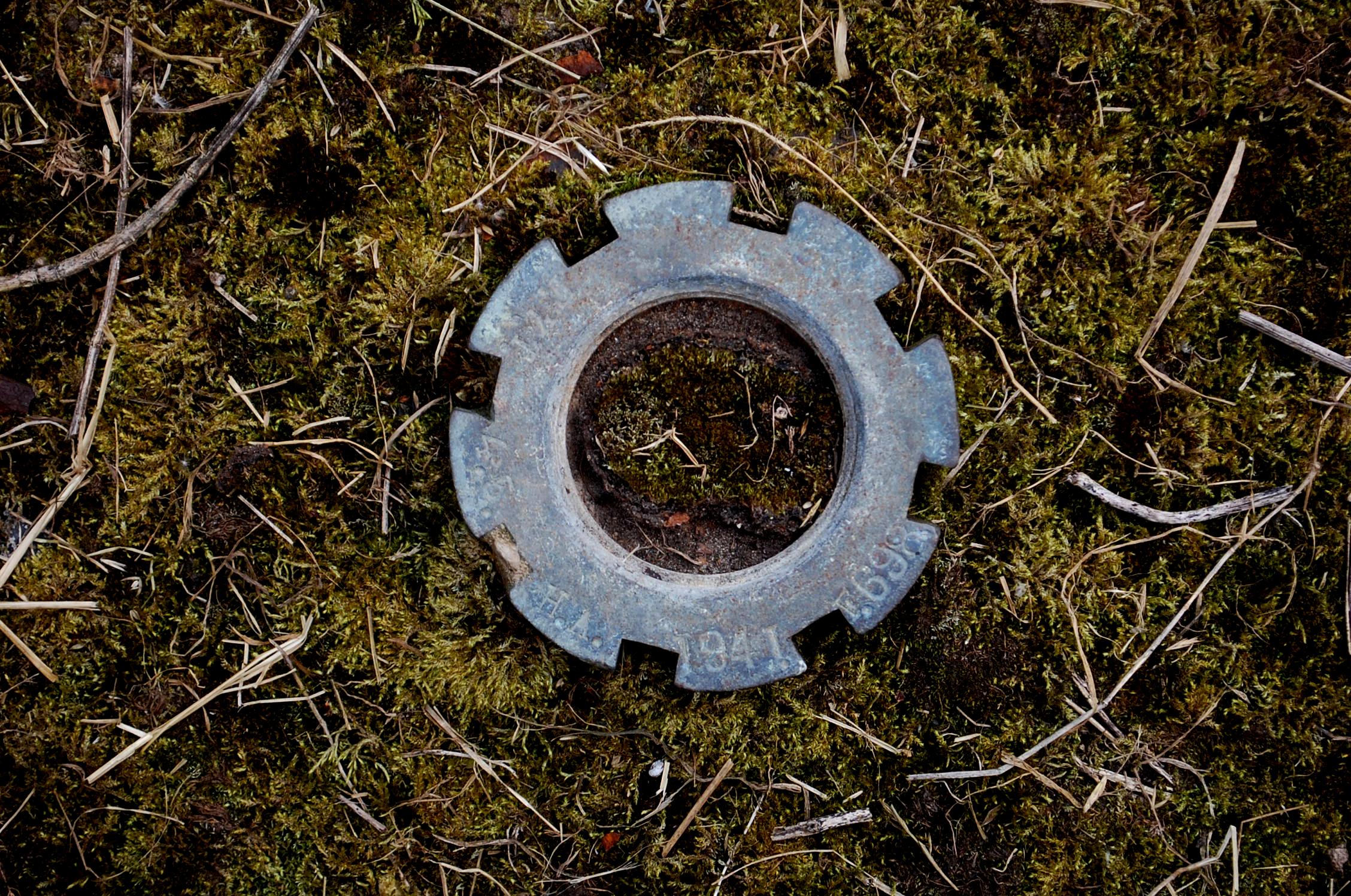