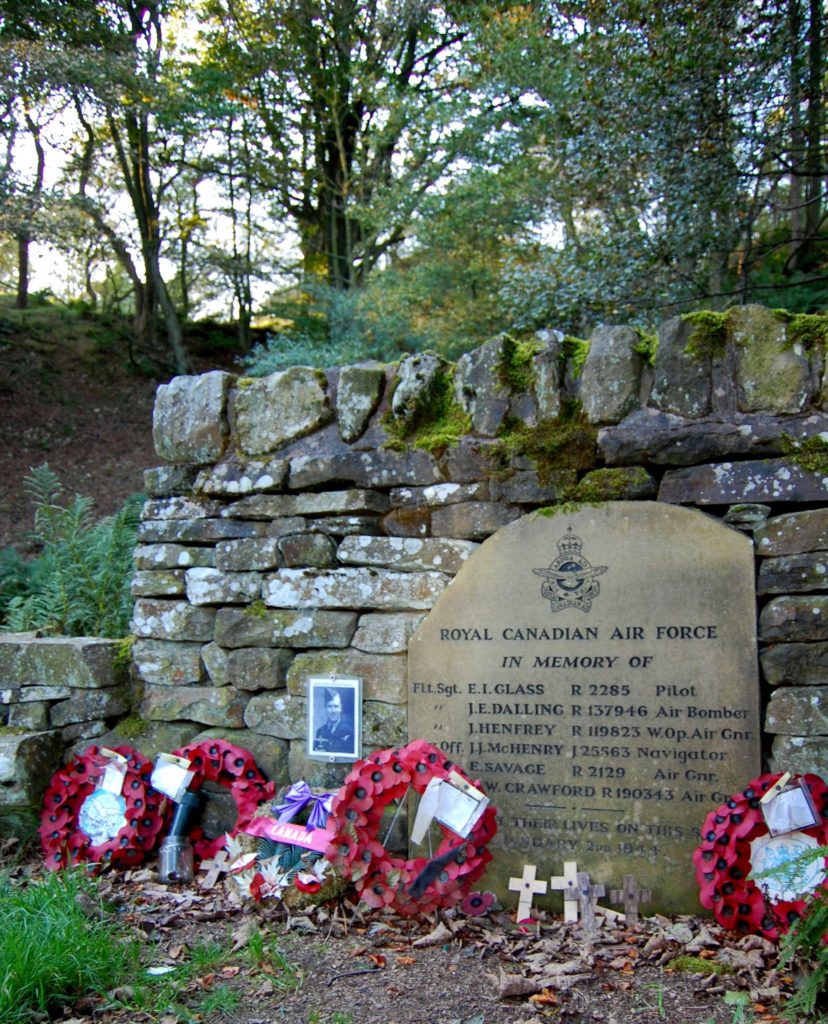 The cause of this crash is unclear. Canadian crewed Wellington BK387 was on a night training exercise when the aircraft descended through cloud and crashed into farmland, January 2nd 1944. One witness account suggests Warrant Officer Glass was trying to land the plane in the fields.

All crewmen were killed in the crash.

For more about this well remembered crash, see The Tewitt Lane Memorial page at
www.oakworthvillage.com/tewitt-lane.html 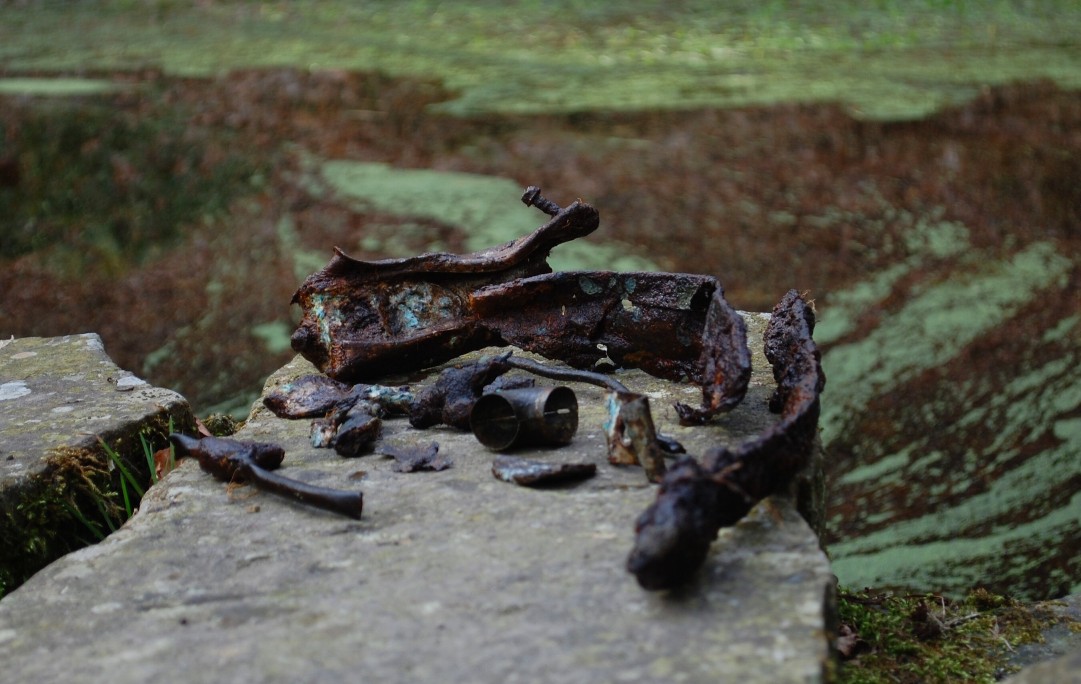