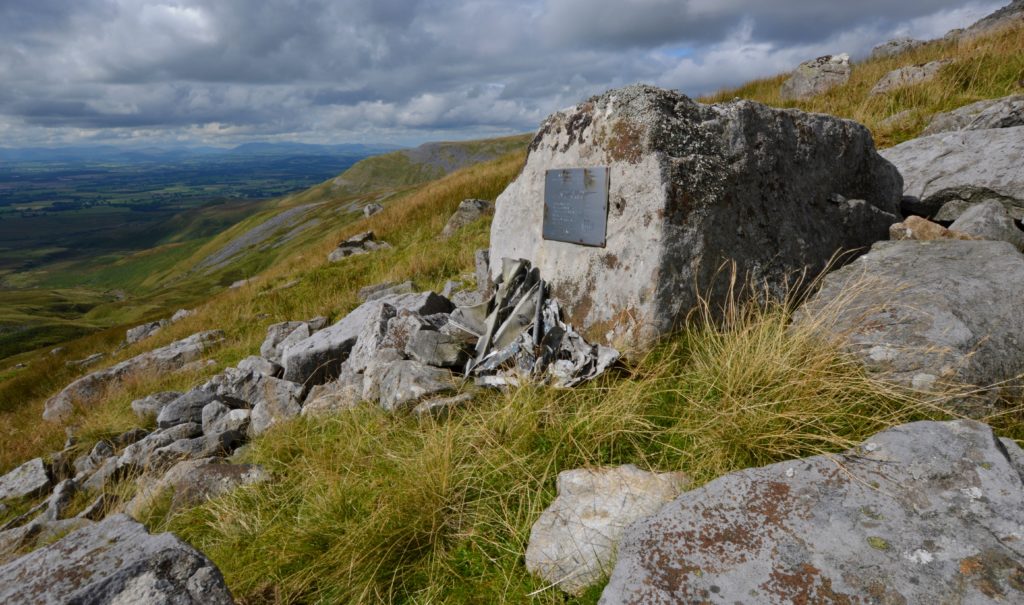 In the early hours of 12 April 1944, Halifax BB310 of 1674 Heavy Conversion Unit crashed on Great Dun Fell in the northern Pennines with the loss of all crewmen.

Five of the crew were learning how to fly four-engined heavy bombers, the other four were instructors.

The newly trained crew would probably have gone on to fly Liberators, patrolling the English Channel and looking for u-boats, preparatory to the invasion of France.

They were undertaking an arduous cross country night navigation exercise and the Halifax had been in the air for eight and a half hours when it crashed. The low cloud covering the north west coast contributed to the bomber overflying the base at RAF Longtown north of Carlisle and was at an insufficient height to clear the high ground ahead. The aircraft exploded upon impact, killing all on board instantly.

The view above is looking approximately along the line of approach.

A memorial plaque was placed at the crash site on May 1st 1994. Note the differences between some of the ranks recorded on the plaque with those above. I have taken my data from David Earl (Hell on High Ground Vol 2, 1999) who uses the extensive research undertaken by Graham Doyle, a relative of F/O Brooks. 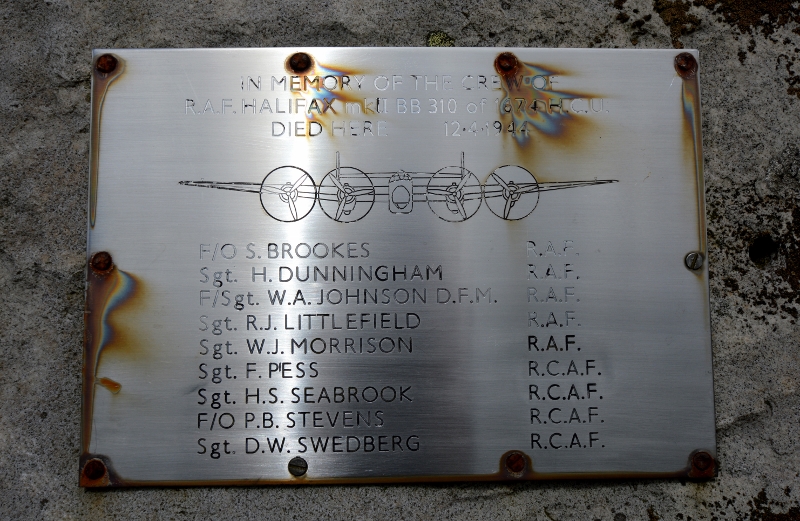 Some of the debris remaining at the crash site. 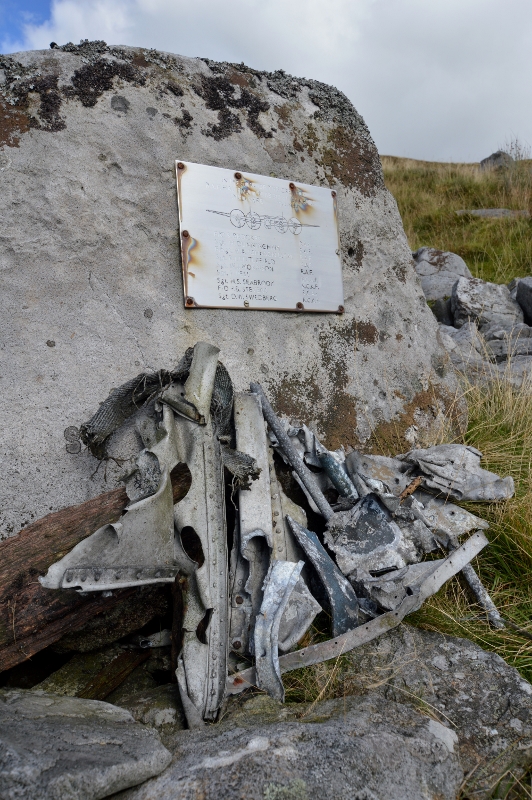 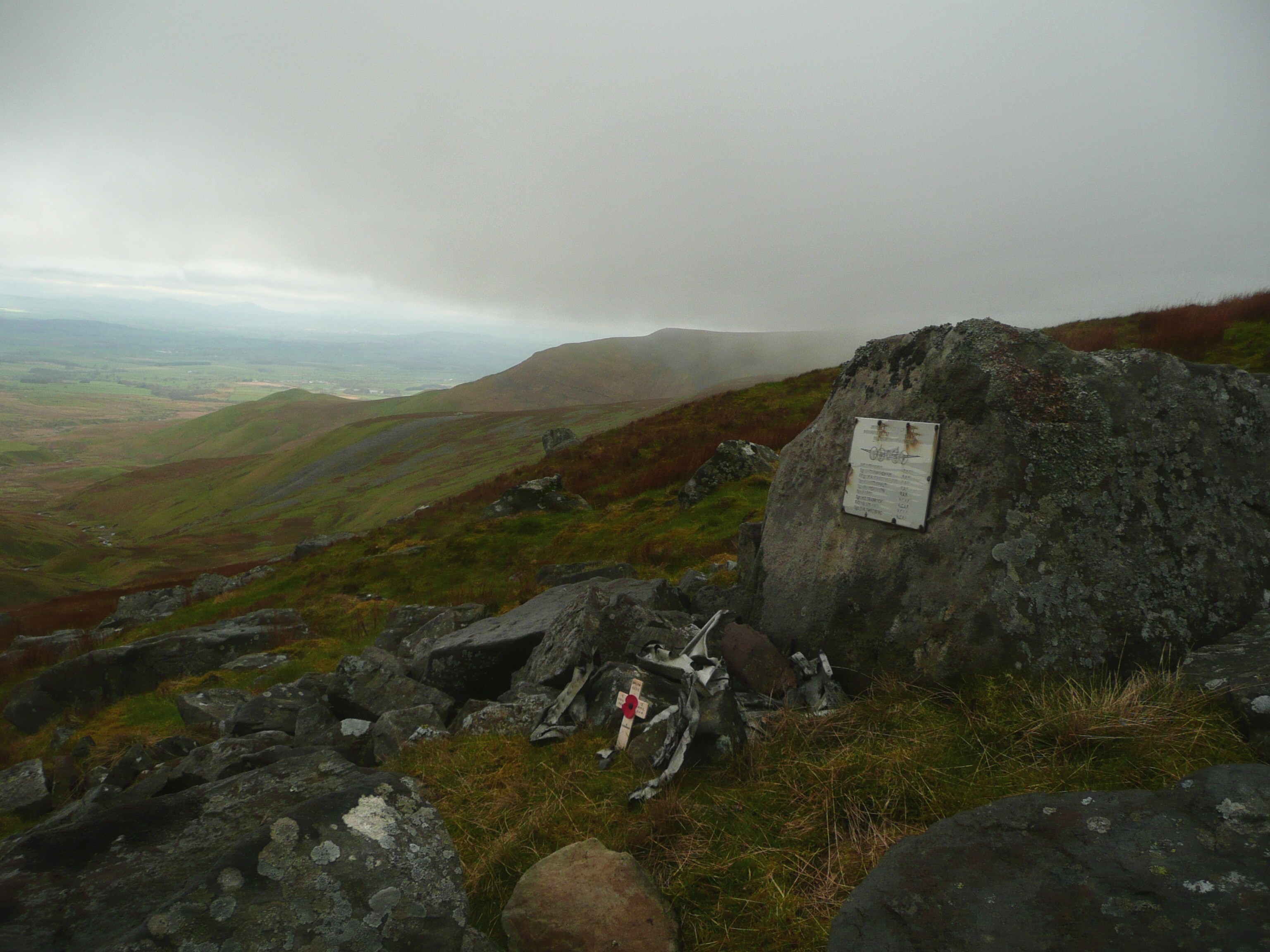