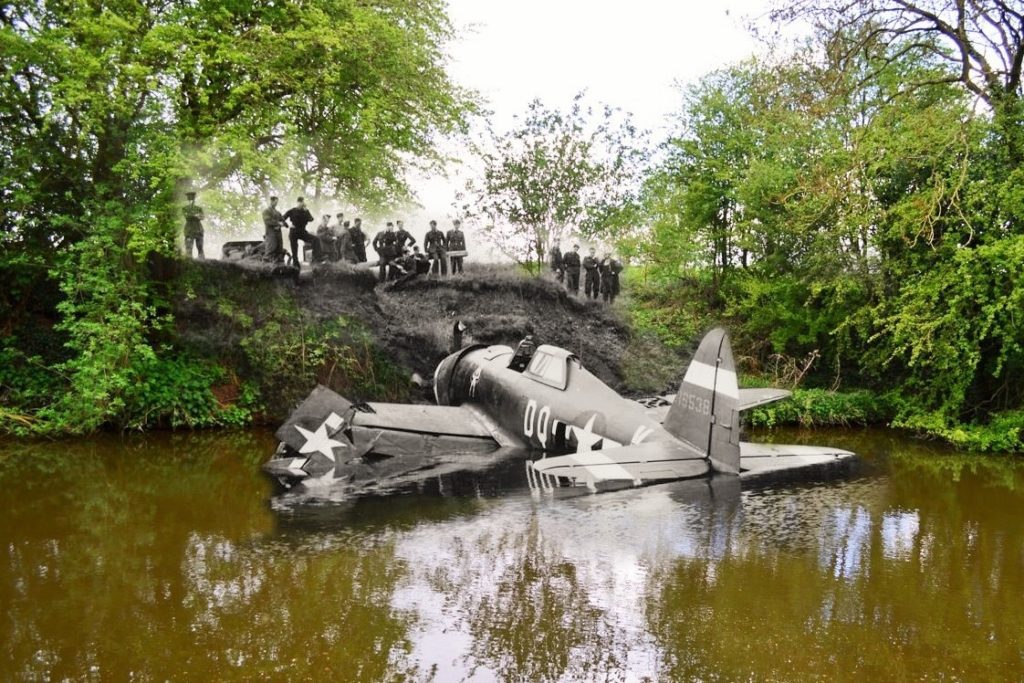 Then and now composite in the lead photo by me. Old photos used courtesy of Imperial War Museum 1. Captain Stanley Anderson (4th Fighter Group) was flying it on April 15th 1943 when it crashed at Langham (later that same day but in a different aircraft, Captain Anderson was shot down and killed near Cassel). 41-6538 was transferred to training school after being repaired.
2. In March 1944 it ran out of fuel causing the pilot to crash land at Wellington in Somerset.
3. A month later it crashed on take-off at Atcham and then after more repairs
4. 41-6538 was crashed into another P47 by another pilot at Atcham.
5. Finally 41-6538 was written off after being hauled out of the canal.