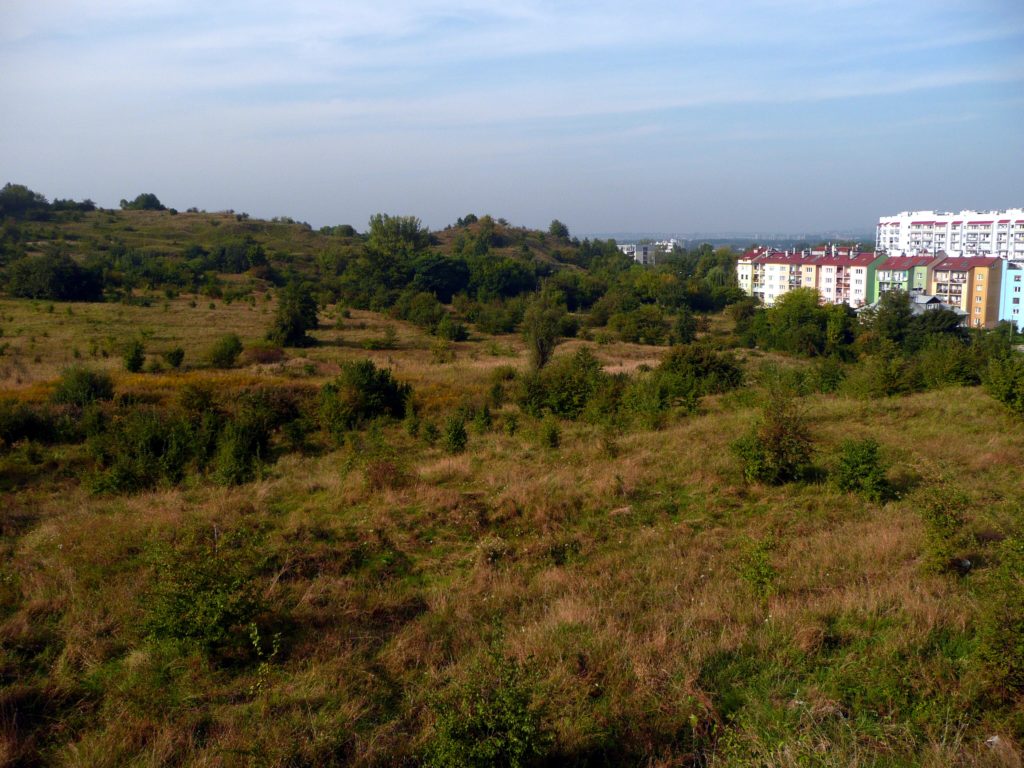 taken from the higher ground in front of Camp Commandant Amon Goethe’s villa. In the movie Schindler’s List, Ralph Fiennes portrays Goethe shooting prisoners with his rifle from the balcony of his villa (and his girlfriend is upset because the noise keeps her awake). It looked to me like he wouldn’t have been able to see over this high ground, and other reports suggest he came up here to have his fun. There are photos however, of Goethe on the balcony with a rifle.

Looking towards Krakow. The site Spielberg used as the set for Płaszów was over the next ridge and off to the left.