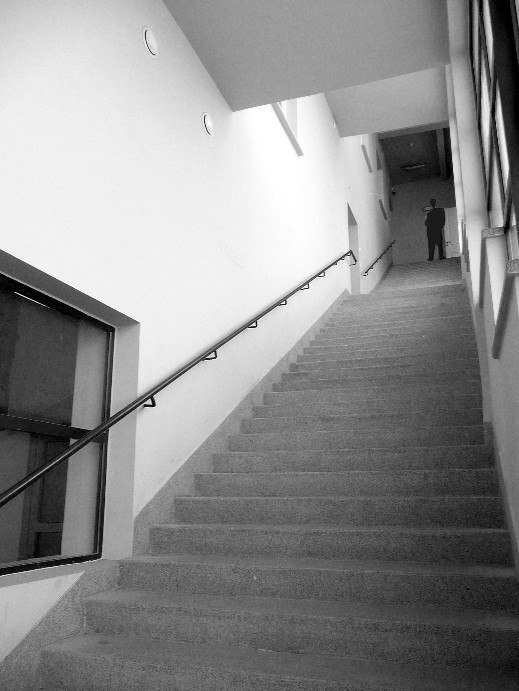 In the film, Regina Perlman asks the security guard (window on the left) at Deutsche Emailwaren Fabrik, Krakow, if she can speak with Oskar Schindler. The guard phones up to Schindler who appears at the top of the stairs, takes in the woman in the faded dress, returns to his office on the right and tells the guard to tell her he won’t see her.

She turns up again the day after with a bit of make up on and a new dress, and gets her meeting with the man (she asks him to take on her parents who are at risk of being killed).