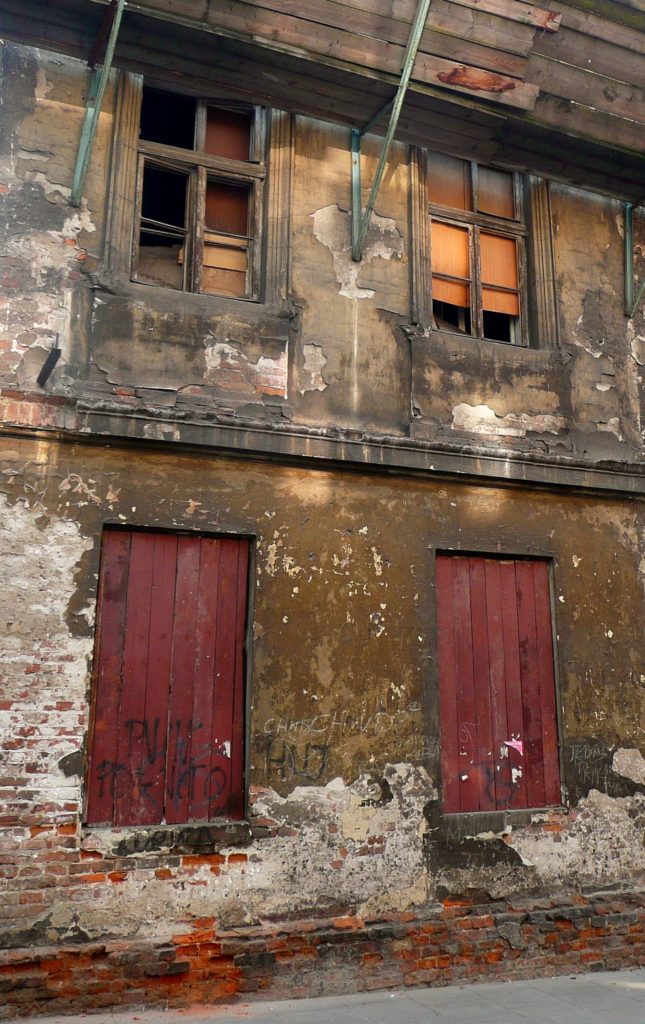 Jewish ghetto created by the Nazis in 1941 and liquidated (that’s a nice way of saying violently evicted everyone) two years later.

The Jewish population had spread about the city, while mostly the poor and/or conservative remained in the Jewish area of Kazimierz. In 1941, all Jews were forced into the tiny ghetto south of the river, which was sealed off from the rest of the city. 3 or 4 families, having had to leave their own homes, would be squeezed into an apartment designed for one.

After the liquidation of the ghetto, the buildings were either re-occupied by non-Jewish Poles, or were demolished during the Soviet era rebuilding programme. But some remain untouched since 1943. Can’t be sure of course, but this looks to me like no-one has lived in it since then.